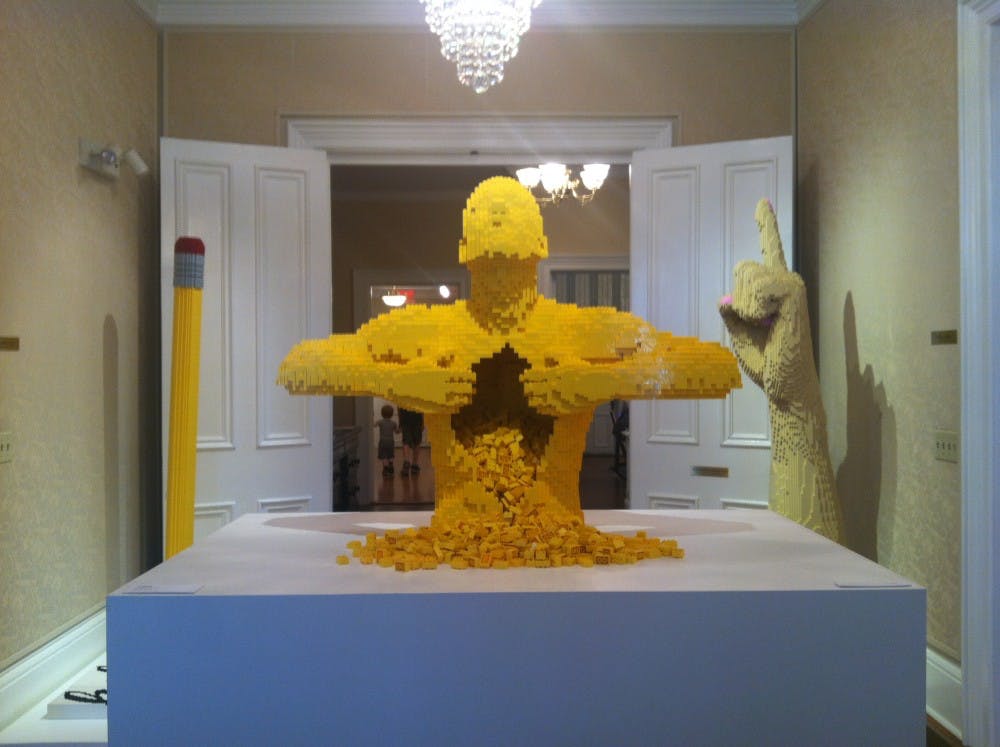 Audiences have been awestruck in Graham for The Art of the Brick Exhibit.

When you think of Louisville Sluggers and Mount Rushmore, Graham, N.C. probably doesn't come to mind. Now they are on display, but in the form of legos. CNN says it's a must-see exhibit and it's only 15 minutes down the road.

The sculptures came as a surprise to some, including Lucas Ramirez, a sixth grader from Winston Salem, N.C.

"Some I think are weird. There is this one in the house where there is this guy opening up his body. It's weird, but cool at the same time," Ramirez said.

More than 27,000 people have visited The Art of the Brick Lego exhibit in Graham since it opened in August. The exhibit is made possible by the Alamance County Arts Council.

More than 30 sculptures are featured at the Alamance County Arts Council's Captain White House and Children's Museum of Alamance County. All of the sculptures were created by Nathan Sawaya, a New York lawyer turned Lego artist.

"The purpose is to bring art to all people. It's wonderful to see the young the old people from all socioeconomic levels, even the folks from the group homes, love the artwork," Volunteer Coordinator for the Alamance County Arts Council Karen Carrouth said.

The lego is a staple toy in any child's playroom, but hanks to Sawaya and The Art of the Brick Exhibit, audiences, and particularly children, are seeing that Lego is not just a toy, but a piece of artwork.

"I wouldn't really think Lego as an art, but when I saw these I thought 'Oh, that's really artistic of whoever made them,'" Ramirez said.

Some parents say the arts are becoming less of a priority in the classroom after educational budget cuts.

"It's just a rotation class that they do not get to take everyday. I think when we were younger we had it a little more often and there was more financial backing for those kinds of programs and now a days it's just not there," Lucas Ramirez's mother Dana Ramirez said.

The Alamance County Arts Council is working with schools to help connect kids to art and let them create their own masterpieces, one brick at a time. Several school have come for fields trips and for after school programs.

The Art of the Brick exhibit has been on display in places like Israel, Taiwan and cities all around North America.

It will continue to run in Graham through the end of October and is free to the public.