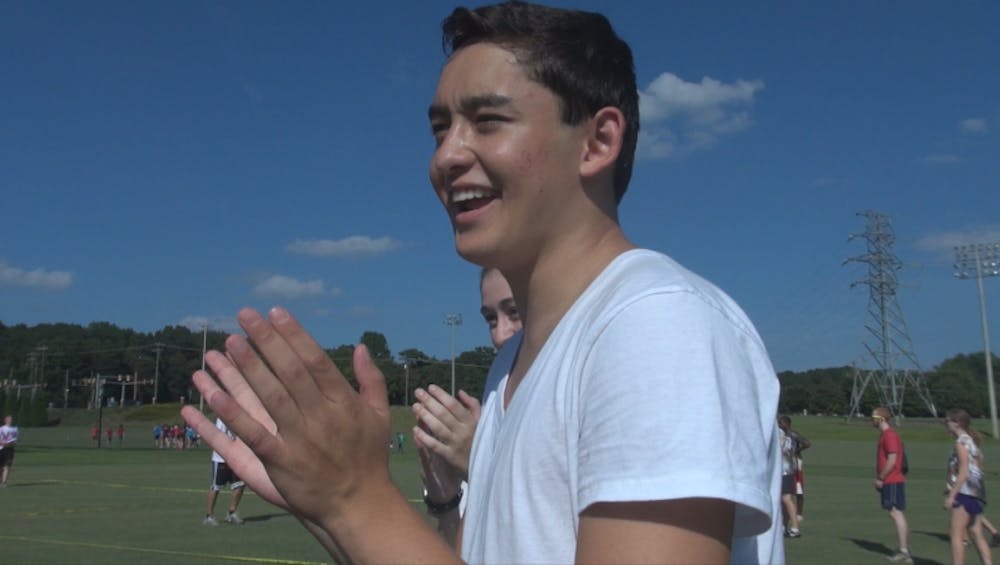 It's Elon University's 125th birthday this year and to celebrate, members of the ELN Morning crew took part in an Elon tradition that began in 1999: Sports Fest.

On Friday, August 30, 73 teams took to the South Campus fields to participate in six events: dodgeball, a three-legged sack race, tug-o-war, a crossfit challenge, as well as relay and sponge races.

With teams ranging from 8-10 players, nearly ten percent of the student body was registered for Sports Fest.

Teams traveled from event to event, battling it out for a first place finish. Each team was ranked by a point system as they completed each course.

A first place win earned a team 40 points, a second place finish meant 30 points, and a third and fourth place finish awarded 20 points. Teams that didn't place but still participated in the event earned 10 points. The top 24 teams that finished with the most amount of points were able to take home Sports Fest tank tops.