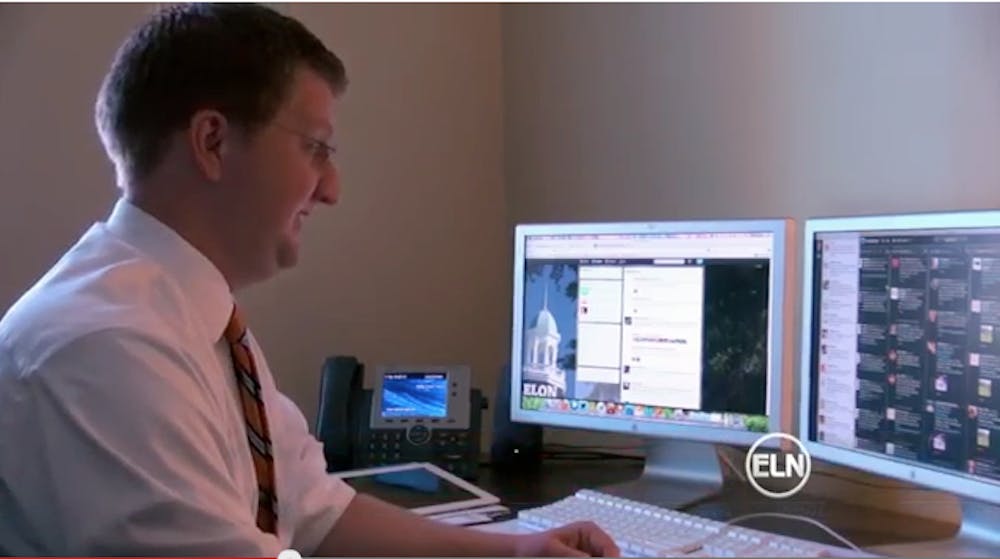 Elon University posts photos, videos and tweets each day, but who is in charge of social media on campus?

Philip Jones came to Elon from WFMY where he worked as a reporter for four years.

"I was ready for a new challenge," Jones said. "Social media really became a passion of mine. I got on the Twitter bandwagon back in 2009 and it became a daily part of my reporting routine.

Jones' daily responsibilities include monitoring Elon's Facebook, Twitter, Vine, LinkedIn and other accounts, in addition to attending events on campus.

"I am tasked with creating content for those different media, distributing content, finding unique and interesting stories," Jones said.

A large component of a social media manager's job is gaining and maintaining friends, followers, and connections online.

"It's gathering content, disseminating that content, it's being creative, it's coming up with ways to capture attention and send a message," Jones said.

Jones has only been on campus about two weeks and spends his free time walking around campus, meeting people and finding events to put on the web.