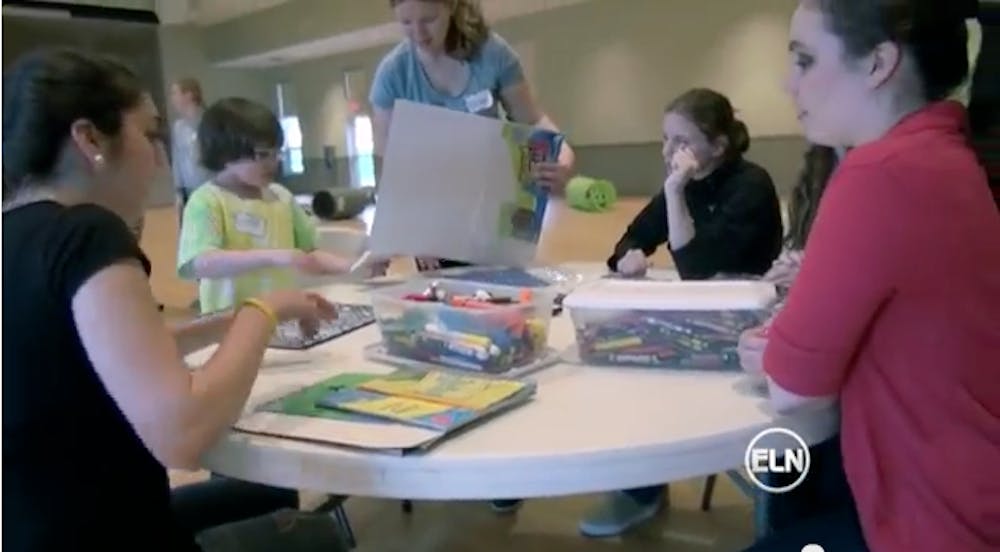 Walk into the Community Center at the Elon Community Church on the first Friday of the month and you would see crafts, kickball, dancing and a parachute. But the children playing the games and having fun are the most important aspect of this special gathering.

"It's just a relief that he has somewhere to go that's safe," said Theresa Austin, a Burlington parent describing the program known at the church as Special Fridays where she drops off her son on the first Friday of every month. Children with developmental disabilities in Alamance County visit the program to have fun and learn together during the school year.

Austin said she looks forward to bringing her children to the program, since there are typically not a lot of options available for older children with disabilities.

One in six children in the United States are diagnosed with any form of a developmental disability, according to the Centers for Disease Control and Prevention. Elon Sophomore, Grace Troccoli, who volunteers at Special Fridays, said programs like the one found at Elon Community Church teach an invaluable lesson about those kids with developmental disabilities.

"It's important to kind of get an experience working with people with autism and other disabilities," Troccoli said, "so that when you interact with them in the community, you're not surprised by behavior or thrown off on what to do."

Like Troccoli does with the children who are dropped off at Special Fridays, program organizers hope everyone leaves once a month feeling a little more special.