A Second Chance at the big dance 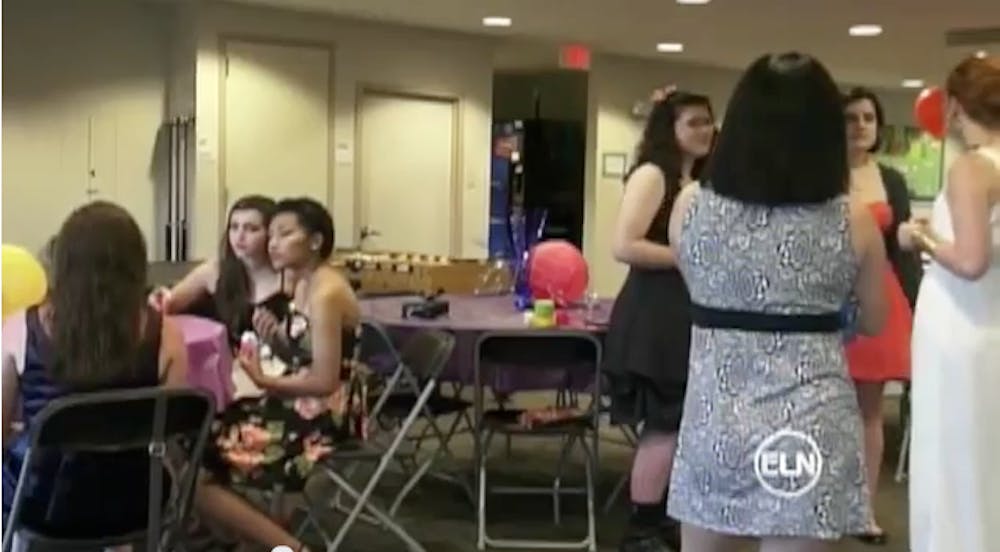 Loud music could be heard emanating from Harden Clubhouse Saturday night as members of Spectrum set up the building for Second Chance Prom. Streamers, boutonnieres, punch, and other clear signs of prom, were fixtures throughout the building.

Spectrum's Second Chance Prom, an event for the LGBT community and its allies, was another shot at that big night in high school.

"We wanted to say celebrate yourself! Prom is all about fun and celebrating your years here," Moore said. "We thought it's be a good chance to change it up a little bit."

This year, prom came in April at the end of Pride Week, a week of festivities, panels and events for the LGBT community.

"Dancing, having a lot of fun...talking with friends," Moore said. "We have alumni coming in. It'll be good to be able to see everybody again."

Moore said Second Chance Prom was a much-needed celebration at the end of a busy year for Spectrum.

"It's definitely been an interesting year. That's why we did the celebration at the end of the year," Moore said. "Especially with Chick-fil-a, we've had a lot of criticism. We did overcome our controversial issues and I think overall this year has been amazing."

Moore hopes that Spectrum events provide a shelter for members of the LGBT community at Elon.

"Whether you're an ally or a member...being comfortable, and celebratory of your identity... know there's an entity here to help you out"