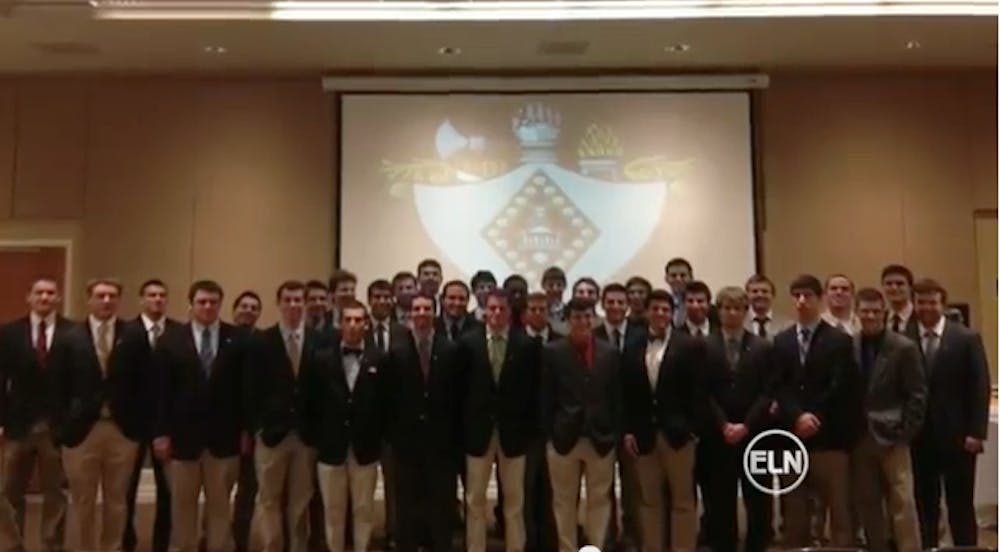 Elliot Aks, Garrett Mann, Ben Karas, Zach Csillag, and Mason Sklut all had a vision. The five Elon students wanted to bring a jewish fraternity to our campus, and a year later the founding fathers of Zeta Beta Tau the world's first Jewish Fraternity, were initiated.

"There's something to be said about having a Jewish Fraternity, the culture, the history, the traditions, there's nothing like it," said Mason Sklut.

Each of its founding fathers believe the fraternity will be a good outlet for all Jewish men at Elon.

"For me it's not so much about religion, as it is community and culture," said Garret Mann.

ZBT plans to get involved right away.

"In the coming year I plan to build a strong brotherhood within the group, and also work with the other Greek organizations at Elon, as well as the Elon community," said Zach Csillag, President of Zeta Beta Tau.

Although the five core members are Jewish, ZBT is not a religiously exclusive Fraternity.

"As of now we have 33 founding fathers of our organization," said Elliot Aks. "We are 74% Jewish, however this organization has long since been and will continue to remain open to all men of good character, regardless of race or religion."

While they have only been official since February 28th, they have already got the ball rolling around campus.

"Get on the ball is an event that happens across Zeta Beta Tau at different schools and different chapters," says Ben Karas, senior member. "The way we were doing it was to raise awareness. Both for the Children's Miracle Network, and for our cause: our fraternity, because we're new here. We want people to know who we are."

ZBT is the ninth organization to join Elon's Interfraternity Council. They plan on recruiting throughout the year and will hold formal rush in the fall.