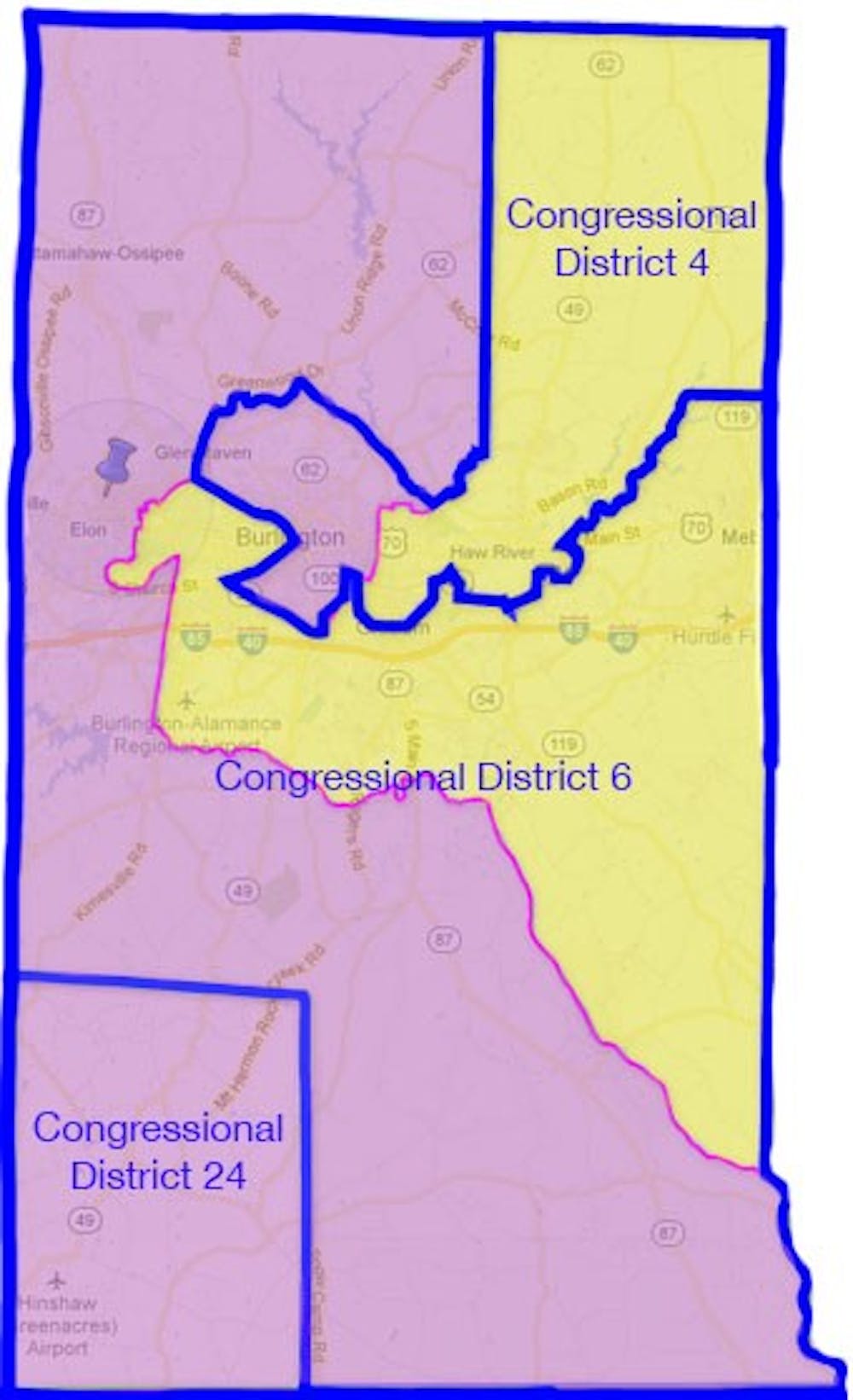 Alamance County, home to 151,131 people as of 2010, has a lengthy ballot. The 2012 election features 29 positions in six districts, ranging from President of the United States to County Register of Deeds. While campaigning across the county and shading oval spaces, this area of central North Carolina has remained fairly con- sistent with national trends.

In the 2008 presidential election, 58 percent of Americans voted in the general election, while Alamance County saw 65 percent of its registered voters at the polls. The same year had nearly 8,500 more registered Democrats than Republicans show up to vote across Alamance County, mirroring the national trend. This year, the number of registered Democrats outnumber Republicans again in the Tar Heel state and across the country.

The Alamance ballot includes U.S. House of Representatives districts 6, 2 and 4, as well as the North Carolina House districts 63 and 64. It fea- tures North Carolina Governor, Commissioners of Agriculture, Labor and Insurance, Attorney General, Treasurer and others. This year, the ballot also includes two referendums, or proposed policies the public can accept or reject. The two items up for vote are a .25 percent increase on local sales and use taxes, as well as $15 million to expand and improve the facilities at Alamance Community College.