Why I'm Voting For: Barack Obama 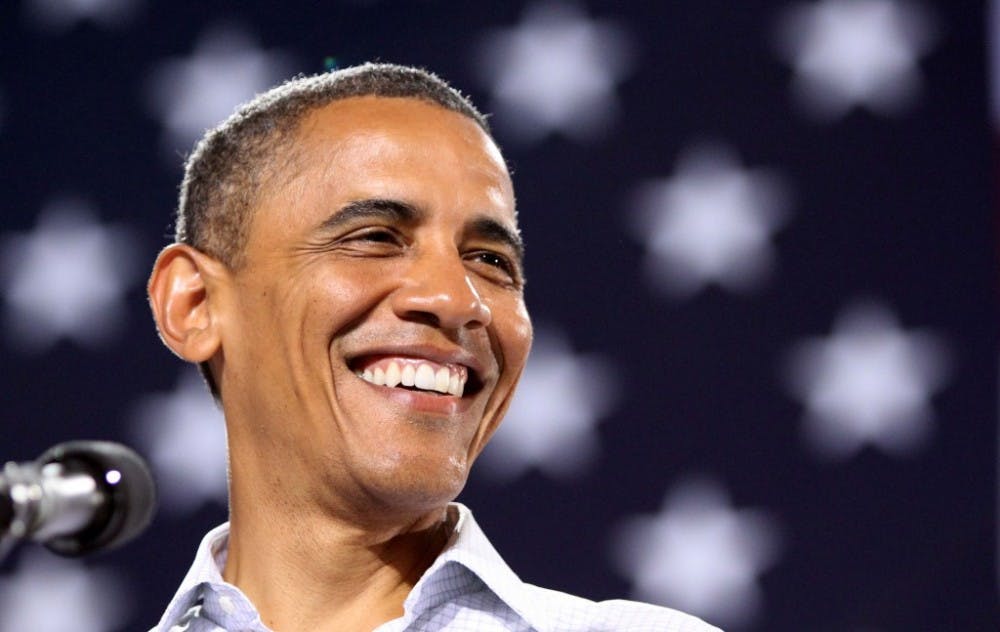 Believe it or not, despite all the campaign ads and harsh rhetoric, President Barack Obama and Gov. Mitt Romney are very similar, except for one large difference.  Both are hyper-focused on getting the economy back on track, both want to remain tough on defense and both are interested in green energy.  But the big issue this year is the economy.  So if you’re voting based only on that issue, what’s the difference? Simple: it comes down to Romney’s 47 percent comment.

If you haven’t heard by now, Mitt Romney was recorded during a private fundraising dinner, saying, “There are 47 percent of the people who will vote for the president no matter what. All right, there are 47 percent who are with him, who are dependent upon government, who believe that they are victims, who believe the government has a responsibility to care for them, who believe that they are entitled to health care, to food, to housing, to you-name-it. My job is not to worry about those people. I’ll never convince them they should take personal responsibility and care for their lives.”

I’m not going to try to persuade you to vote for Obama based on one gaffe his opponent made.  I will only ask for you to think about what he said, and how that reflects the way he sees this country.

The economic recovery we’re going through is about more than getting jobs back to the United States. How we create jobs is just as important as creating them.  That is where these two candidates differ. Obama wants to help people; Romney wants to help companies.

Obama’s record has been filled with achievements that help all Americans. Whether you like it or not, the Affordable Care Act, commonly known as Obamacare, has provisions that help consumers stand up to exploitative health care practices such as denial of coverage based on pre-existing conditions and minimum standards for health care plans.  Obama helped organized the Consumer Financial Protection Bureau, a federal organization that protects Americans from faulty financial practices.  He also passed Wall Street reform to ensure if the economy buckles again, the “too big to fail” actions the government took will be footed by Wall Street, not the taxpayers.

Romney is focused on the bottom line, not the American people.  As tempting as it is to vote for the candidate who keeps saying he’ll be able to spur job growth, remember that Obama spurred 31 consecutive months of job growth: He created jobs while supporting regulation and consumer protection.  Romney may be interested in jobs, but his stances shun regulation and governmental protection, leaving the American people at the whim of large corporations.

Read the other side: Why I'm voting for Mitt Romney