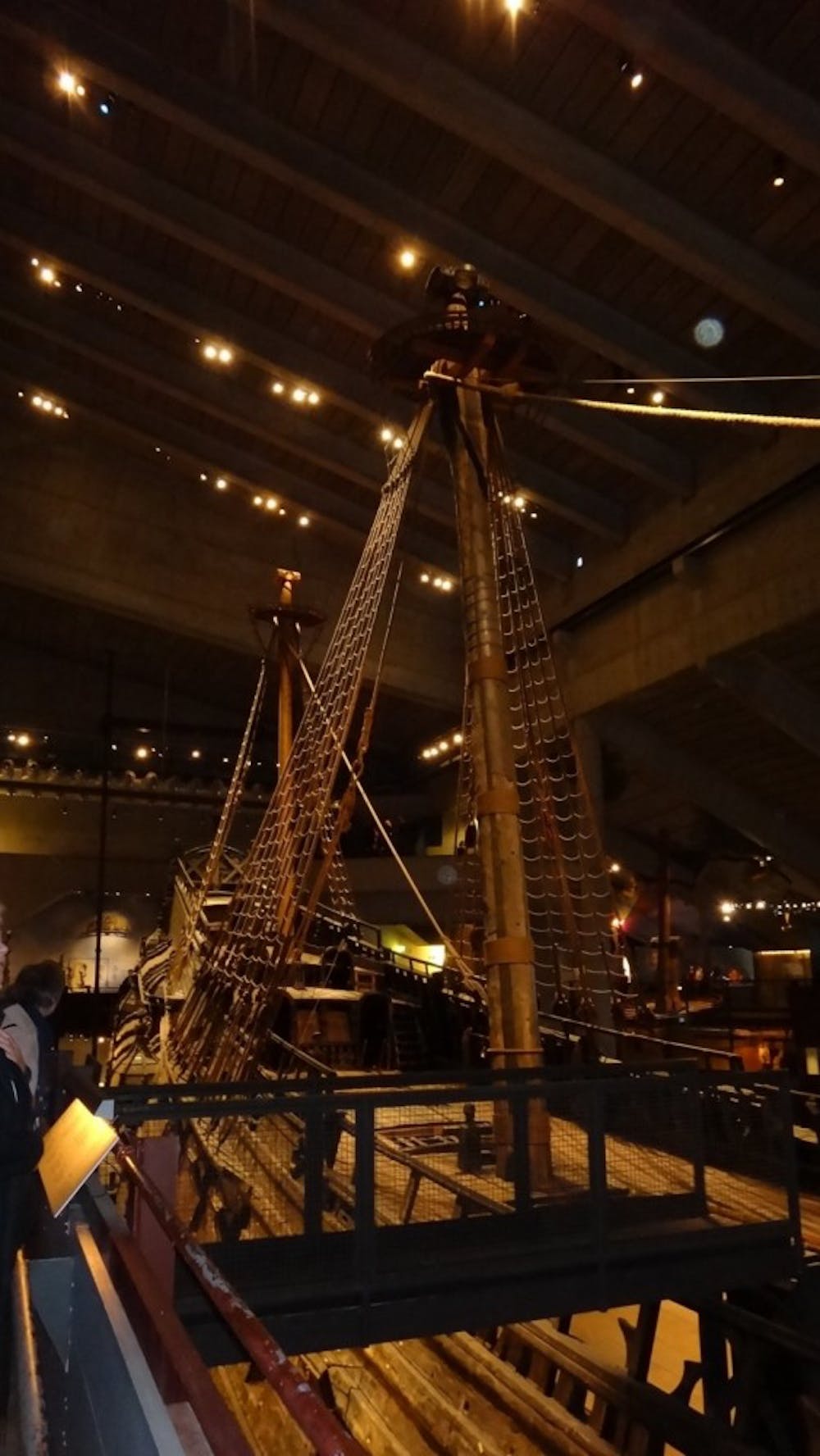 Nearly everyone you pass on the street looks very similar and very Danish — tall, blonde, slim, high-cheekboned — except for a number of Turkish immigrants. I have heard that it is very difficult to obtain Danish citizenship.[/twocol_one] [twocol_one_last] Cultural Diversity

On the streets of Stockholm, no two people I passed looked alike! Stockholm seemed to have much more of a diverse society, so it must be easier to immigrate to Sweden than to Denmark. [/twocol_one_last]

The cultural diversity allows for lots of diversity in food. Stockholm offered a large variety of cuisines. One of my favorite parts of the city was a food festival. There were stands that served specialties from all over Europe — crepes from France, toffee from England, sausages from Germany and much more.[/twocol_one_last]

Danes seem to drink nothing but beer and coffee and eat bread or potatoes with just about anything. But they also bike and walk much more than they drive[/twocol_one] [twocol_one_last]Health

Swedes seem to be  diet-conscious. I was given gluten-free bread and sweets everywhere I went and ingredients. Nutritional information was readily available in many places. But I saw few bikers and plenty of drivers.[/twocol_one_last]

Copenhagen has all the perks of a city and all the charm of a smaller town. Skyscrapers are nonexistent and many buildings look very traditional. The city is small, quiet and cozy enough that I can sometimes forget I am m in an urban environment. [/twocol_one] [twocol_one_last]Atmosphere

Stockholm felt much more like a bustling metropolitan area. There were tall buildings, bright lights, and loud crowded areas. The contrast to this was Old Town, a part of Stockholm that has lots of hole-in-the-wall shops, bakeries and cafes.[/twocol_one_last]

Copenhagen's main appeal is that it is hugge, a Danish word that roughly translates to cozy. Think dark cafes, bars and restaurants that are solely lit by candles. [/twocol_one] [twocol_one_last] Best known characteristic

Stockholm is known for its Viking culture. I got my first lesson by visiting the Vasa museum, which houses a huge Pirates of the Caribbean-style ship that sunk in the 17th century and was recently dug up from the sea.[/twocol_one_last]