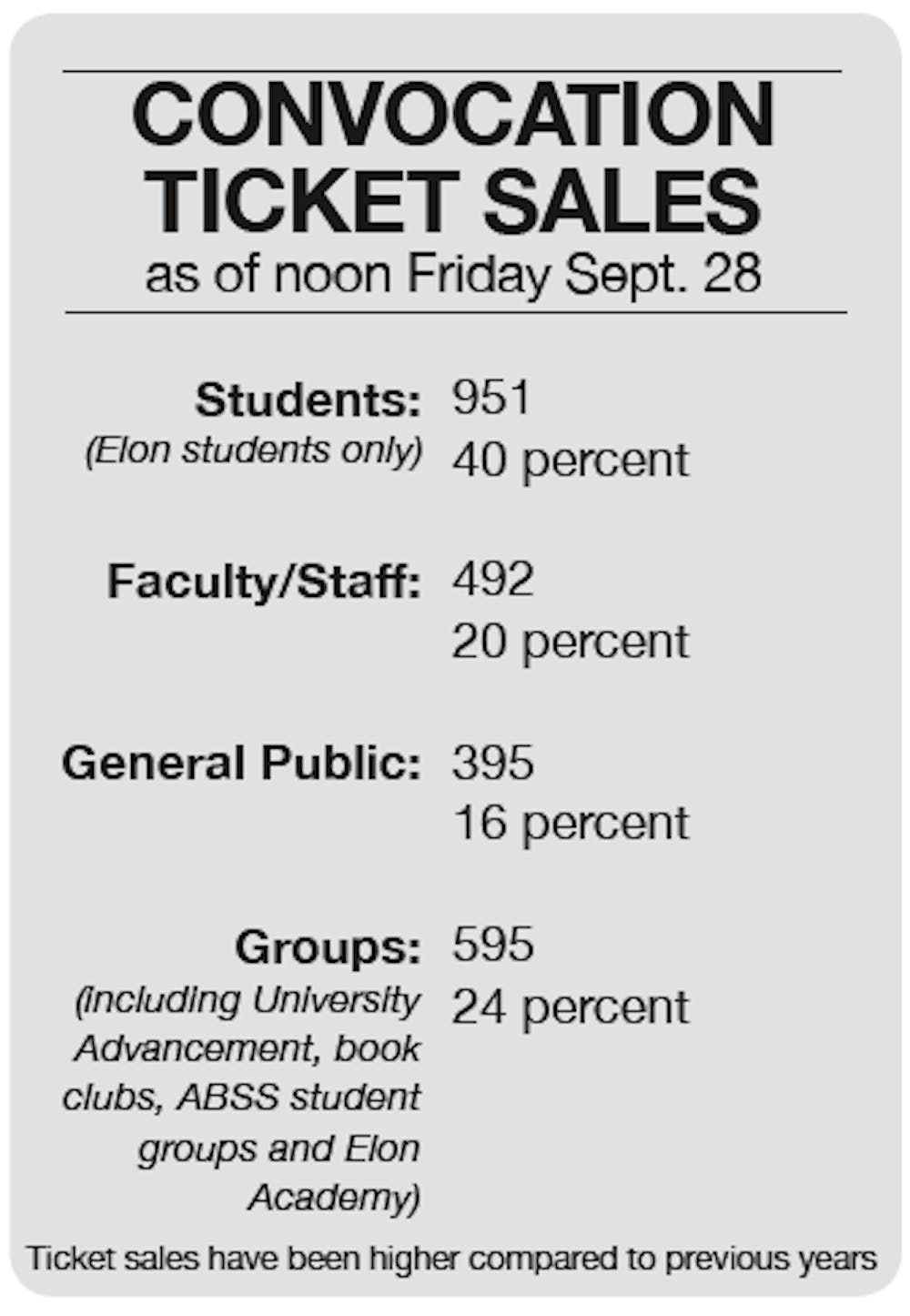 The Fall Convocation speaker traditionally encapsulates the vision of the institution. Maya Angelou, this year’s speaker, emphasizes Elon University’s commitment to diversity, analysis of the treatment of minorities and the value of writing.

The 20th century Renaissance woman establishes a connection between students and American history.

“Angelou has experienced the issues practically all African Americans had to deal with in the 20th century, and she has been a spokesperson for thinking about difference and thinking about diversity and how people relate to one another,” said Jeffrey Coker, chairman of the common reading committee and director of general studies.

Angelou grew up in Stamps, Ark. with her grandmother and brother and witnessed racial discrimination.

Angelou’s experience relates to the 2012 common reading selection and the themes demonstrated in Dave Eggers’ “Zeitoun” prominent in cultural programming this year, according to Coker. Angelou’s observations transcend significant moments in her own life, especially in regards to relations with minorities and multiculturalism.

“I think it enhances the liberal arts education to be able to hear first-hand from people who experienced important things and to hear from people who many hold in such high regard,” Clark said.

Although Coker said these issues are important to discuss each year, the diversity initiative has provoked increased conversation about these topics.

“Diversity has been a central theme of the common reading program and the general studies program since both of those things were created in 1994,” he said.

While the diversity focus is not unique this year, Coker still noted the exceptional qualities and experiences of Angelou.

At the age of seven, she was sexually abused by her mother’s boyfriend and, as a result, became mute for five years. She authored and read a poem at President Bill Cliton’s inauguration ceremony. She has taught in North Carolina, as well as abroad.

She represents various elements of American life. Since the age of 17, she has held the title of mother, pimp, prostitute, nightclub dancer, performer, cast member, journalist, author and educator.

“I think the biggest attraction is her books,” Clark said in reference to her popularity.

He attributes her renowned writing for the Elon community’s excitement regarding her presence at Fall Convocation. The ticket distribution has exceeded previous convocation events in terms of numbers and time, he said.

Students, faculty and staff constitute 60 percent of ticket sales. An additional 395 tickets were sold to the general public and local groups, such as Elon Academy and book clubs, collectively purchased 595 tickets.

The administration decided to hold the event in the evening, rather than the afternoon, so the speech would be more accessible to a larger population, provided fewer students are in class and fewer community members work at night, Clark said.

“We wanted to try something kind of different because our attendance has been up and down at convocation, so we wanted to do this in the evening to increase attendance,” he said.

Coker said he expects Angelou to challenge the audience.

“There aren’t many who can speak elegantly about big ideas the way she can,” he said. “You can kind of get caught up in the beauty of the language and you have to fight to appreciate the scope of what she is saying.”

While he described her presentation as an intellectual challenge, her stories encourage those in attendance to view life through her eyes and develop greater empathy, he said.

“There is a challenging perspective in that her life experiences are just so diverse compared to the vast majority of the rest of us,” Coker said.

Angelou will speak at “An Evening with Maya Angelou,” 7:30 p.m. Oct. 4 in Alumni Gym. Tickets are free for students with a Phoenix Card and available for $12 to the general public.