Taste of the World 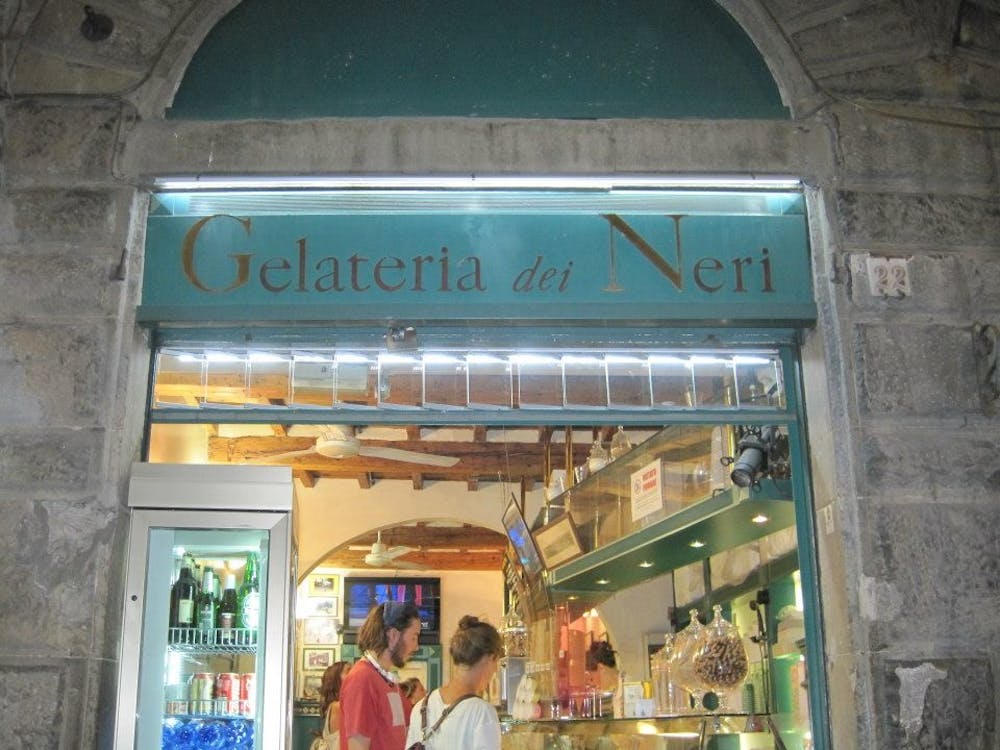 Elon study abroad students are discovering cultural foods, drinks and customs around the world. From the unique foods to the classic dishes of their current country, thy are giving their taste buds a tour of the culture.

MONTPELLIER, FRANCE — France’s culture, passion and identity revolves around its food. The country fiercely defends its local vendors of cheese, bread, beef, vegetables and dessert. In particular, the patisseries are the nation’s pride, filled with confections that delight the eye as well as the tongue. For one euro, about 1.30 US dollars, a visitor can purchase a petite creation at a local patisserie. A Chantilly dessert, a puff pastry filled with citrus curd and whipped cream, resembles an elegant swan. A tarte des framboises, or raspberry tart, shrinks to a two-bite chew. A monde de chocolat, chocolate mousse and cake covered in a ganche, mounds into a perfect ball. All French meals, even a plate of crafted perfection, must be a shared event, which makes for a lovely afternoon with a friend.

Triple the course, cut the expense

BARCELONA, SPAIN — Dine in Barcelona for lunch and prepare to receive a three course experience. La comida, or the Spanish midday meal,commonly includes a menu del dia, a menu of the day. For the first course of three, typical dishes include pasta, salad, gazpacho and vegetables. The second course tends to be a heavier dish consisting of meat or fish, such as paella, while the third course is a choice between coffee or dessert. Despite the number of courses, ordering from the menu del dia in Barcelona is the most economical option for la comida and usually costs around ten Euros. An added bonus? Wine is usually included with the meal as well.

A drink fit for sharing with your mates

BUENOS AIRES, ARGENTINA — One of the most culturally distinctive argentine drinks is mate, pronounced ma-tay.  It is a highly caffeinated tea that is usually shared in a group of friends.  For many people in Argentina, Bolivia and Uruguay, it is an essential social aspect to their day. There is a very particular way of serving it and drinking it among friends. For example, if the mate drinkers want sugar, the server should add it with the yerba before adding the hot water.  The mate cup filled with yerba and possibly sugar is passed around from person to person drinking out of the bombilla, or straw, until all the water is gone.  When the water runs out at the end of each turn, they hand it back to the server to refill with hot water from the thermos and continue passing it around until all the tea is used up.  Mate is consumed in almost any setting, whether it is an office or a park on a nice day.

FIFE, SCOTLAND —The dinning halls in St. Andrews try to serve traditional Scottish meals, such as haggis. Haggis is a pudding like food served in a sheep's stomach. The stomach is filled with a sheep's heart, liver,and lungs, mixed with spices and herbs to add to the flavor, which is nutty. Once people get over the contents of the food, it is surprisingly flavorful and quite good. Breakfast is rather similar to American breakfast, with a plethora of cereal, oatmeal, and museli, as well as fruits and yogurt with honey. Juice, tea and coffee are always in abundance at every meal. Those craving a sandwich my be hard pressed to find one that is not slathered with butter. The eating atmosphere is very relaxed and is mostly conversational

LONDON — Japanese culture is synonymous with bright and exciting tastes, and Japanese food is no exception. In the London area, Japanese restaurants can be found at almost every stop on the tube, the London subway system, adding yet another type of flavor to the city’s wide range of cuisines. Of course, one of the most popular dishes to order is sushi, and London is rumored to serve some of the best in the world. One of the most popular Japanese hotspots that attract the stars is Nobu, opened in 1997, known as the epitome of new style Japanese food. However, many small cafes sell sushi in a much lower price.

In the United States, frozen yogurt is taking over. There are countless options with millions of combinations of yogurt and toppings, all while you tell yourself, "It's yogurt, so it's healthy". In Italy, instead of yogurt, people eat gelato. It is impossible to walk down a street in Florence without seeing at least one gelateria. Italians typically eat gelato daily. They are able to do this without ballooning up because gelato is made with milk instead of cream, therefore making it less dense and caloric. Gelateria dei Neri, one of the many gelato shops, serves endless flavors, including torta di limone, lemon cake, bacio, hazelnut and chocolate, and pistacchio.

DUBLIN, IRELAND —Fish and chips are one of the most popular dishes in Ireland. Typically, cod is used as the main fish. The chips are potatoes, commonly known as french fries substitutes.  There is an Irish Proverb that is fitting for Irish culture: “Laughter is brightest where food is best.”