DNC: Charlotte Catholics want election to be about more than abortion 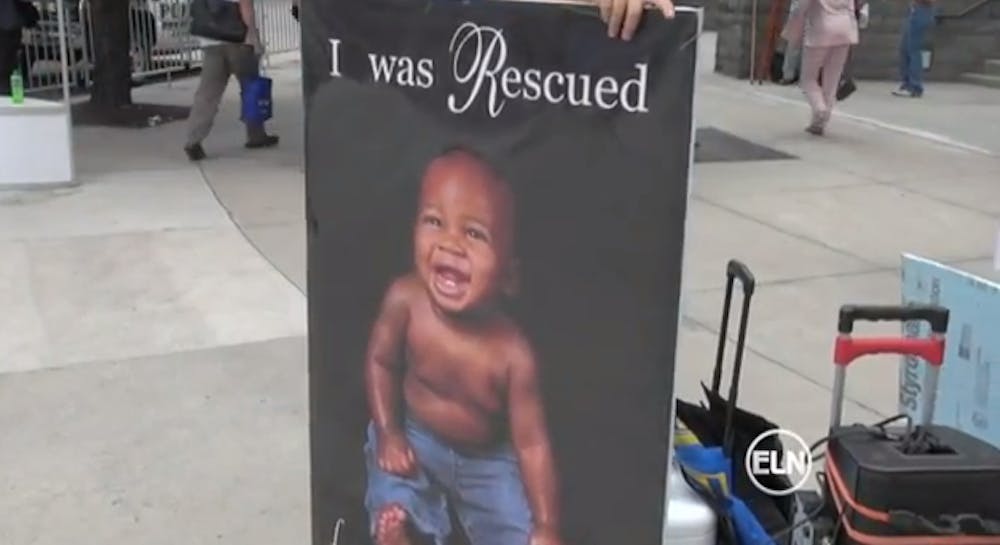 The Catholic Church is often seen as one of the premier pro-life advocacy groups in American politics. But according to several parishioners of St. Peter's Catholic Church in Charlotte, voters must take much more into consideration when selecting a candidate.

"This election is about all of life, from conception to natural death and everything in between," said Linda Thynn, member of the parish's Social Justice Ministry.

Located just blocks away from Time Warner Cable Arena and the Charlotte Convention Center, St. Peter's was thrust into the epicenter of the political world this week when the Democratic National Convention came to town, and Thynn and other women of the church took advantage of the opportunity.

Staging a small demonstration outside the church, the women said that every issue in this election needs to be prayerfully considered, not just social issues. According Terri Bolotin, another parishioner, immigration, health care and poverty all affect the state of our country and need to be addressed from a Christian perspective.

"Toxic chemicals in the environment damage unborn children, poverty is affecting our economy in a disastrous ways as does our treatment of immigrants. It's all connected," Sister Rosemarie Tresp said.

The women made it clear that they were not endorsing any candidate or party, but simply saying this election should not be about one issue. Bolotin said that the political rhetoric between parties has become too heated.

"People argue issues that they don't actually disagree with each other about. Rather than blame the other side, we need to come together to solve our problems," Bolotin said.

In recent months the Vatican and hierarchy of the Catholic Church has reprimanded more progressive American nuns for not focusing enough energy on pro-life movements and opposition to same-sex marriage, instead focusing on poverty and economic justice.

"Religious women have always been a prophetic voice within the church," Bolotin said in response to the Vatican. "Part of that role is responding to the science and issues of the times. The Vatican and hierarchy of the church is uncomfortable with anything or anyone who challenges their authority."

As the DNC wraps up, the women of St. Peter's hope that their message of being pro-life beyond birth and supporting policies that promote social justice resonate with voters through November.