At DNC, Clinton boasts need for partnership, not partisanship 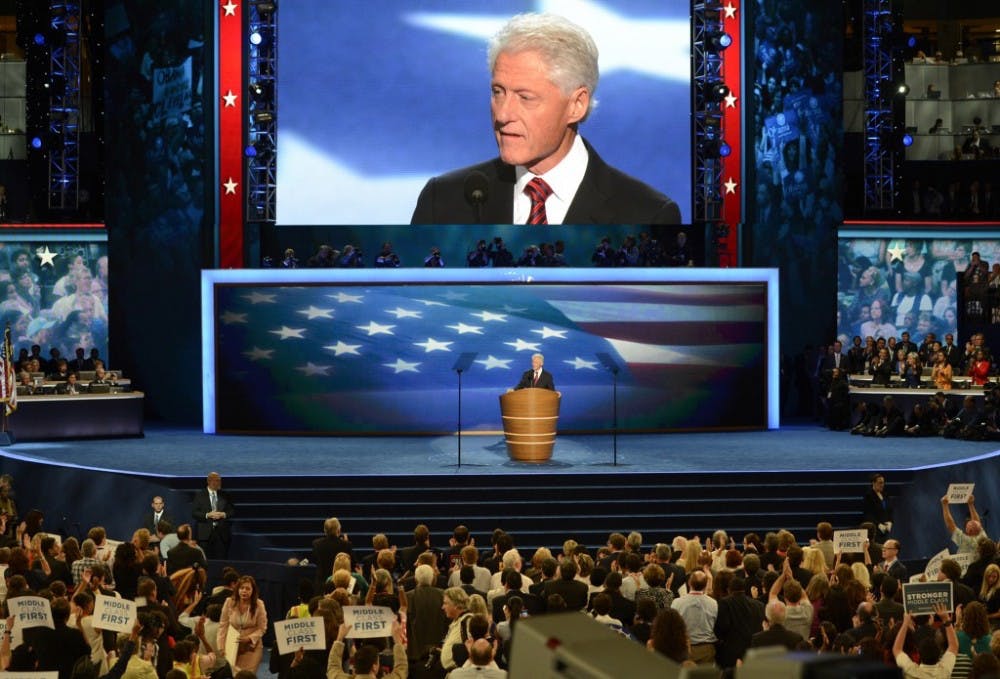 The Democratic National Convention continued today in Charlotte with another group of prominent speakers. The marquee spot tonight was held by the 42nd president of the United States, Bill Clinton, who dedicated a portion of his speech to the topic of cooperation and collaboration between the Democratic and Republican parties. He referred to this as “partnership over partisanship.”

One of the biggest political moments of the day however, didn’t begin in the Time Warner Arena, the site of the speeches, but with Paul Ryan, the Republican vice presidential candidate. Ryan’s comments called on the Obama administration and the Democratic Party to explain why the Democratic platform didn’t include the word “God.”

“There sure is a lot of mention of government,” Ryan said Wednesday morning in a Fox News appearance. “I guess I would just put the onus and the burden on them to explain why they did all this, these purges of God.”

Later in the day, the Democrats amended their platform to include a mention of God. The amendment also directly declared Jerusalem as the capital of Israel.

Prior to the biggest speech of the day, a number of caucuses convened, addressing many important campaign and election-season subjects. Such caucuses included black, Hispanic, Native American, faith and military families councils.

Other speakers on Wednesday included: