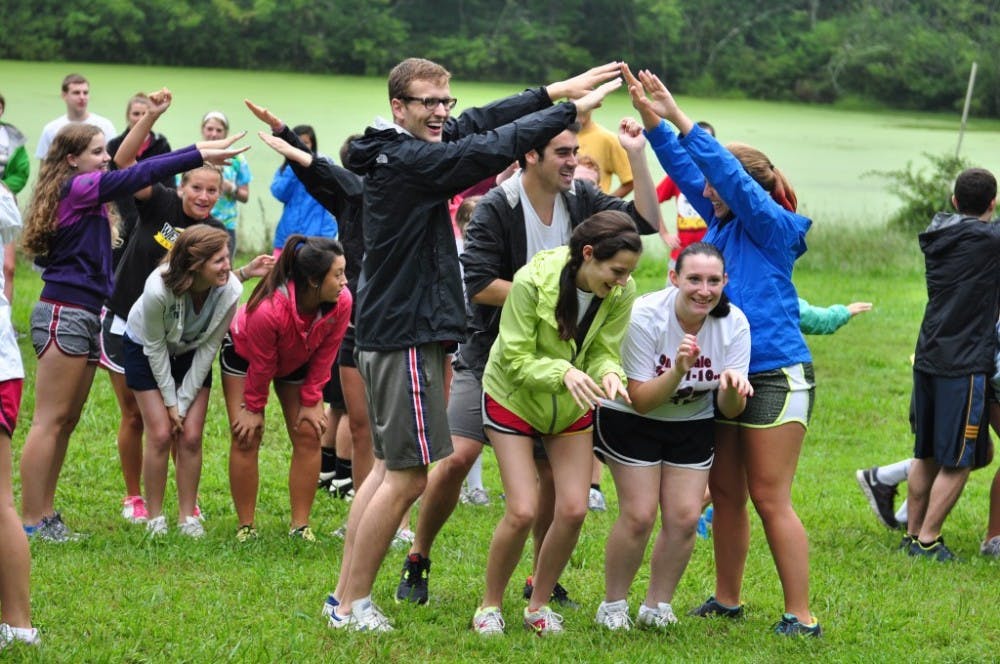 As a new class of students begins life at Elon University, the orientation team is working to ensure each of them feels welcome on campus.

“The overall goal of orientation is to aid the transition for new students into the Elon community,” said Jill Padfield, orientation head team captain.

To accomplish this goal, the orientation team has designed a series of activities to take place during move-in weekend to help incoming freshmen become more comfortable with Elon’s campus, the faculty and one another, according to Padfield.

In addition to acclimating new students to Elon University, orientation also serves as an important social experience for incoming freshmen, according to senior Kathryn Knaus, student coordinator for orientation.

“If you participate fully in orientation, I would be very surprised to hear that you don’t feel like you have a group of friends afterwards,” Knaus said. “It makes you feel more comfortable to have this great new experience with others in your shoes.”

One reason so many friendships form during this weekend is because students often bond with their orientation groups, and often stay friends with their groups after orientation ends, Knaus said. Orientation will begin tonight with Catch the Fire, an Elon tradition that brings new students together with others living in their area. Entertainment will be provided by magician Michael Casey and a cappella group Transit.

The following day, students will say goodbye to their families at the Farewell Picnic, held outside Belk Library.

“It’s a time for parents to hand over their kids to college life,” Padfield said. “And it’s a time for new students to enjoy a meal with their families, or the families of their roommates and new friends. It also gives them a chance to have any remaining questions answered by some of the staff at Elon.”

Saturday night, new students are encouraged to attend a pep rally in Alumni Gym during the Elon men’s soccer game against High Point University. Phoenix Extravaganza will take place mid-way through the game.

“Phoenix extravaganza is when all the businesses from nearby bring samples and coupons to the stadium, and the new students get to walk around and learn about the businesses nearby,” Padfield said.

Monday, the final day before classes begin, new students are invited to Community on the Commons, an event that includes carnival games, a rock wall and a performance by violinist Natalie Stovall, among other activities planned.

“Stovall came two years ago,” Padfield said. “She was so good that we had to bring her back.”

Orientation will conclude with a performance by popular hypnotist Tom Deluca in Rhodes Stadium.

Participating in orientation is an important part of the new student experience that often leaves a lasting impression, according to Knaus.

“Different parts of it will stand out to different people,” she said. “There’s really something for everyone, and there’s probably something you’re going to remember four years later.”