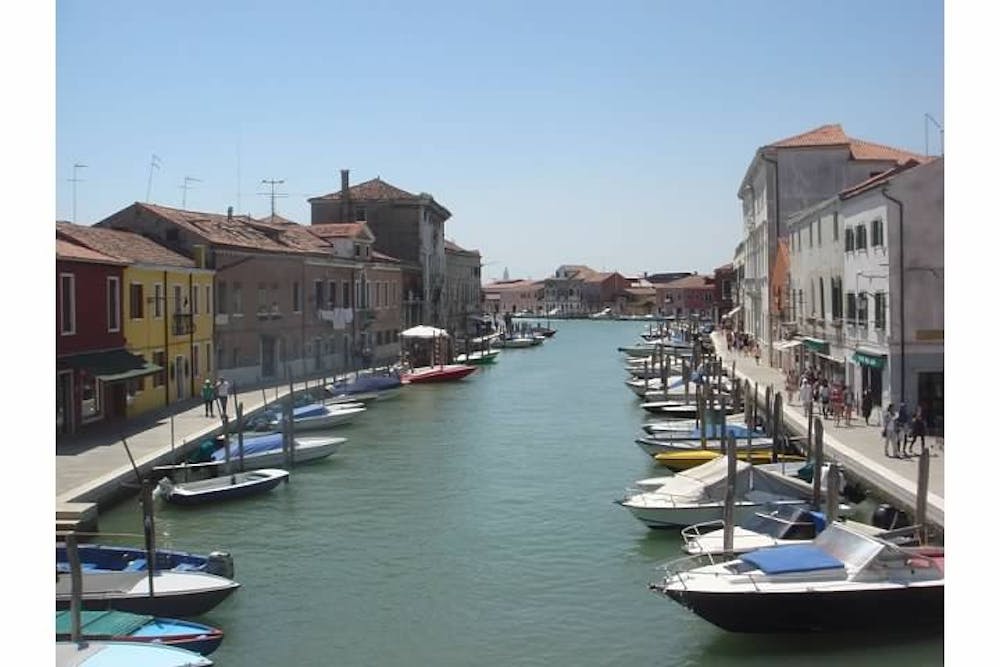 VENICE --- Aldo Vidal learned how to be a glassmaker at age 11. Fifty-five years later, at age 66, he continues his profession, now accompanied by his son, Diego Vidal, 38.

Murano glass making is an industry that started 1,025 years ago. However, in recent years, the long-lasting industry in Italy has been affected by global trade. Since there is no university for glassmakers, the skill is often passed down through the family.

The reliance on cheaper goods produced in China is not only an economic factor in the United States. The country has a grasp on industries worldwide, including Murano glass making.

Linda De Zotti, who works in the shop of the factory with Aldo and Diego Vidal, said the trade is changing and it is not exclusively kept in the family anymore. But through the changes, the methods remain the same. It is not machines making the glasswork. It’s people.

De Zotti said the glass is melted in a furnace at 2,190 degrees. Diego and Aldo Vidal put their piece on the end of a rod and hold it in the flame. With the heat that high, it only takes a few seconds at a time for it to melt, which is good since it can reach more than 150 degrees in front of the furnace.

When the glass is soft, it is shaped into jewelry, vases, chandeliers and artwork using tools and techniques, including blowing air into the pieces. It must be done fast, so that the glass can go into a freezer before it breaks.

Murano is an island off the coast of Venice in northeastern Italy. Its location attracts many tourists. Stefano Stefanoni has a factory and a shop on the island. But he said the pieces are not sold only on Murano.

“You can find Murano glass everywhere,” he said.

Factories on Murano export art pieces to shops in Venice and around Italy. But some shop owners are not selling Murano glass.

“A lot of products from China are imported,” Stefanoni said.

He said many shop owners advertise glass pieces as Murano-made even when they are not.

Aldo and Diego Vidal use their initials to sign the glasswork to help customers identify that it is real Murano.

But Stefanoni said he never sells glass pieces that are signed.

“Murano is supposed to be recognized for its quality, not its signature," he said.

Stefanoni said many consumers do not know they are buying fake Murano, but others choose the imported pieces to save money.

“Today, the economy is bad,” said Steanoni.  “The people go for price rather than quality.

De Zotti said there are still approximately 60 factories on the island, but four have closed this year.

De Zotti said she also attributes the declining number of factories and jobs on Murano to the reliance on imports from China.