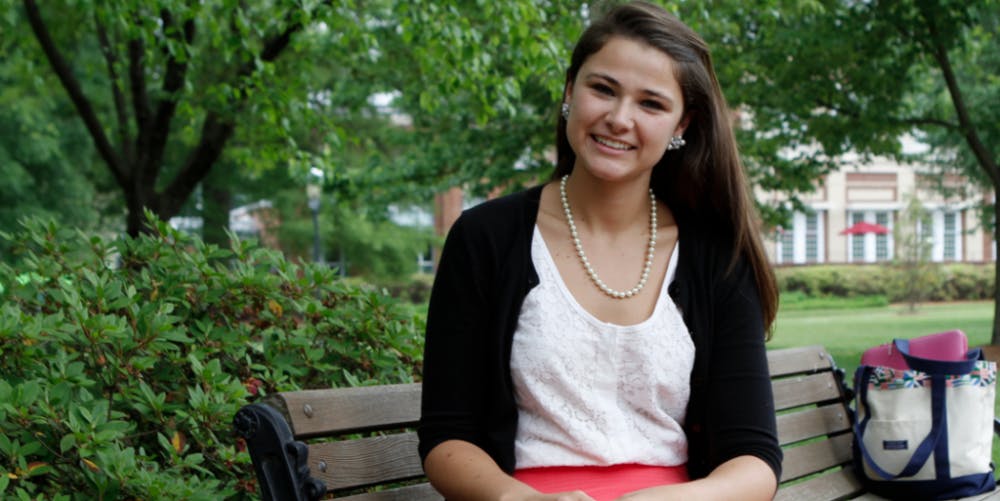 From sorority court to Capitol Hill, one Elon University student is leaving a mark on Greek life both on campus and across the country.

Junior Anna McCracken was chosen to become one of approximately 100 student representatives of the Fraternity and Sorority Political Action Committee to lobby in favor of the proposed Collegiate Housing and Infrastructure Act in Washington, D.C.

If passed, the act would allow people to make tax-deductible donations to non-profit student housing organizations in the United States, as opposed to the current non-tax-deductible policy. Donations would be made primarily for housing improvements, including updated safety measures and more accessible houses.

With more than $1 billion of backed renovation projects for Greek student housing currently on hold in the United States, the majority of which are privately sponsored, McCracken said the bill stands to considerably alleviate the problem because of its low projected cost of $148 billion  during a ten-year period.

She also said despite the bill’s practicality, the state of the current economy with regards to tax incentives may spell trouble for the bill’s passage.

“Several of the offices that we presented to were wary of sponsoring tax-related legislation at a time where the economy is in the state that it is,”McCracken said. “Basically, the offsets of the bill still haven’t been found and the representatives want to know what they are first.”

McCracken was chosen along with three other students to represent Delta Delta Delta at the conference. She said the process was extensive and time-consuming, but fundamental to their success while in Washington.

“I did have to apply for the position last October before I was granted the opportunity,” she said. “I actually first heard about the conference when I was asked to have dinner with a few of Tri-Delta’s representatives who were visiting during our Fat Talk Free Week.”

The application process required considerable research about Elon’s Greek community so the chosen representatives could be accurately informed about the demographics of the university.

In addition, workshops and research about proper lobbying techniques and current hot-button issues on Capitol Hill were all invaluable bits of information that McCracken said made her job easier when the day came to actually lobby.

McCracken said the majority of the offices visited belonged to Greek- affiliated senators and congressmen, so the provisions of the bill were easier to understand.

“It definitely helped that most of the offices we presented to belonged to politicians who were affiliated during their college years,” she said. “It helped add a personal touch and connection to them, so that we knew they understood where we were coming from as affiliated students who would be affected by this bill.”

McCracken said making sure all the facts were correct was her biggest challenge. But having interned in a Senate office last summer, McCracken said the experience was illuminating as it helped her cross off a potential career path that she felt she was not suited for.

“I would rather be in a congressional office than a lobbyist, that’s for sure,” she said.

McCracken said she found the overall experience invaluable and was very impressed by the quality of work accomplished and the students who took part.

“This was a very valuable experience for me," she said. “I really enjoyed getting to meet not only Tri-Deltas from around the country, but members of other Greek organizations from all over the United States. It’s amazing to see the impact its had on others students lives in addition to my own.  I was amazed by the quality of those present at the conference.”

McCracken said she was extremely grateful for the experience, as it helped her rediscover her passion for politics.

“I’ve grown up in the political realm, so it has a different feeling,” she said. “But once I got there, it certainly gave me a renewed sense of appreciation for the importance of fundraising and lobbying.”