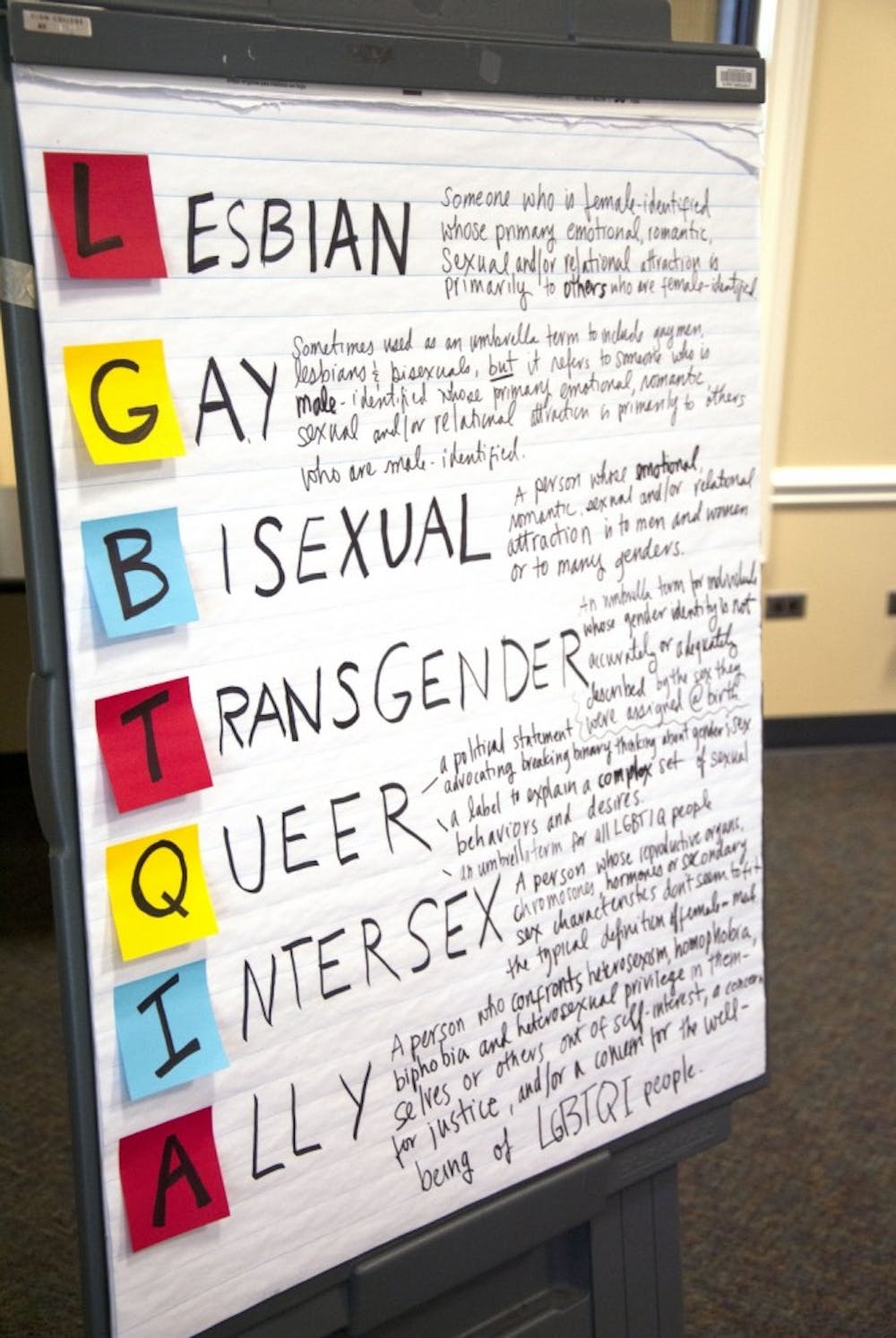 Members of SPECTRUM, Elon University’s queer-straight alliance, gathered to discuss the commonalities that bind individuals within their community together at this year’s Southeast Regional Unity Conference.

“A conference such as Unity brings together multiple schools and a variety of different people to show us that there are many people, specifically in the southeast, that can support one another and bond with one another,” said Kevin Moore, president of SPECTRUM.

The conference, which was held March 30 to April 1, focused on the ways the diverse identities within the lesbian, gay, bisexual, transgender, intersex and queer communities intersect to form one larger identity.

The conference took place at the University of North Carolina at Chapel Hill, and gave members of LGBTIQ communities from a variety of schools an opportunity to interact and network.

“I got the chance to work with many other schools from different states, and now have developed plans and ideas on how our (schools) can work together towards a goal of equality for everyone,” Moore said.

In addition to learning about how LGBTIQ organizations function on campuses other than Elon’s, networking allows members of SPECTRUM to develop important contacts, according to Raafe Purnsley.

“So many of the ideas, so many of the speakers and programs we bring back to campus come from the conference,” Purnsley said.

Attending the conference has always compelled SPECTRUM to make some important changes, according to Purnsley. After last year’s conference, SPECTRUM made the decision to use the term “queer” to refer to all members of the LGBTIQ community.

“Identity is so important to us as a community, and ‘queer’ allows us to really unite,” Purnsley said.

The conference also places an emphasis on the use of inclusive language. Visits to the conference have compelled some members of SPECTRUM to try to eliminate their use of gender pronouns.

[quote]Identity is so important to us as a community, and ‘queer’ allows us to really unite. --Raafe Purnsley, member of SPECTRUM[/quote]

“A lot of people really do not fit the words that society says they should be (described as),” Purnsley said.

The programs at this year’s Southeast Regional Unity Conference featured a series of workshops, which talked about the role of LGBTIQ student organizations on college campuses.

Additionally, the conference included a workshop on the culture of drag queens and drag kings.

“The main topics discussed (through) the workshops, (showed) that although all of us who were there are completely different people, we still have intersections that bond each other’s identities together,” Moore said.

The conference also featured a performance by F to Embody, a duo of transgender spoken word poets.

The choice of performers was significant because issues faced by transgender individuals are prevalent because of the importance gender holds within society, Purnsley said.

“I think if you were to describe the (LBGTIQ) community as a mosaic, that would be an accurate way to describe it,” Purnsley said.

Including performers such as F to Embody can help to make people more aware of transgender issues, according to Purnsley.

“The name of the conference is Unity for a specific reason, (which is) that it brings us all together as one union where can stand strong and support one another,” Moore said.