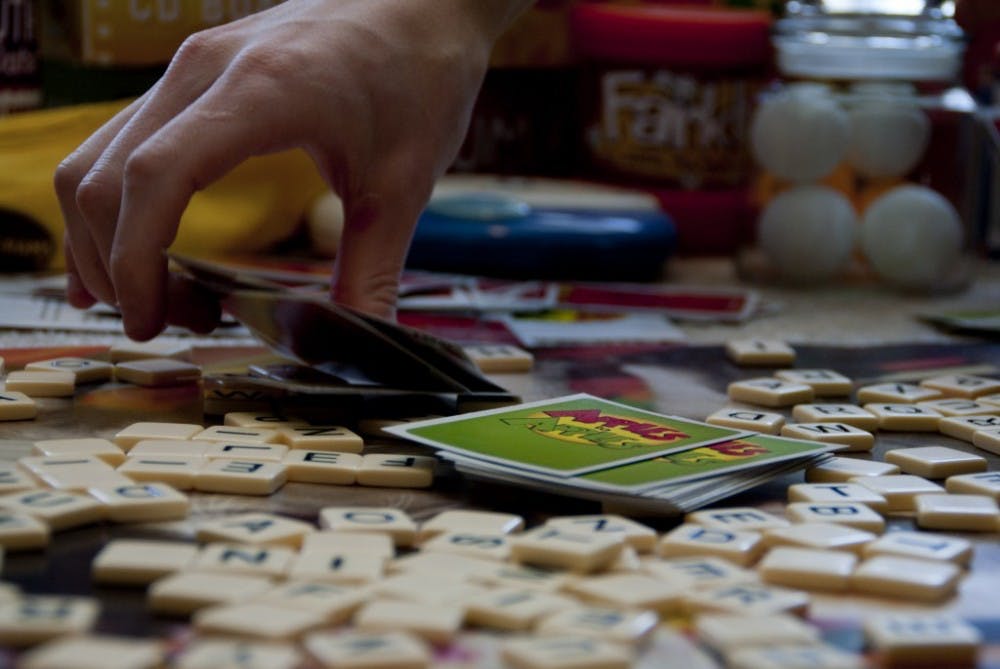 What ever happened to the days of whipping out an old-school Monopoly board and arguing over who’s going to get the racecar board piece? What about shuffling old, worn out cards in preparation for a game of gin rummy? The days of people congregating around tangible board games seem to have passed, as people are moving on to more “accessible” entertainment to occupy their free time.

Several students said they prefer electronic games because they are easier to play on the go since students almost always have their phones on them, including sophomore Jesse Scarborough.

“I only play iPhone games when I’m waiting for something to happen,” Scarborough said.

Other students used the words “available” and “convenient” to describe the nature of electronic games. Playing traditional board games is no longer a way to be social with friends, they said, but instead serves as a way to pass time if there isn’t anything else to do.

Sophomore Thomas Robbins said that electronic and online games are easier to accommodate multi-tasking because they can be played alone.

“I never just play a virtual card game,” Robbins said. “I’ve always got something else going on.”

Additionally, the majority of online and electronic games are either free or pretty cheap, which gives virtual games even more appeal to users. Many claim that they don’t want to spend money on something they can get online or on their phones for free.

With the continued rise of virtual games, many believe this movement shows contemporary society’s shift toward electronic media.

“I think online games are reflective of this trend toward homophily — people of like interests gathering online,” said Michelle Ferrier, associate professor of communications. “Why not have it centered around cultural artifacts like games that are fun?”

And although this shift makes it easier for people to connect, it is not as intimate as physically communicating with people while playing classic board games, according to Max Negin, assistant professor of communications.

“This type of online gaming technology and similar activities do allow folks to connect, but not personally,” Negin said. “I think there is a danger of being too isolated.”

Some students agree and said that online games aren’t continuously sociable, even though you can communicate via messaging while playing. Sophomore Sam Davis said that in the end, tangible board games offer a more satisfying experience.

“Board games are definitely more personal,” Davis said. “You just can’t replace the look on someone’s face when you win.”