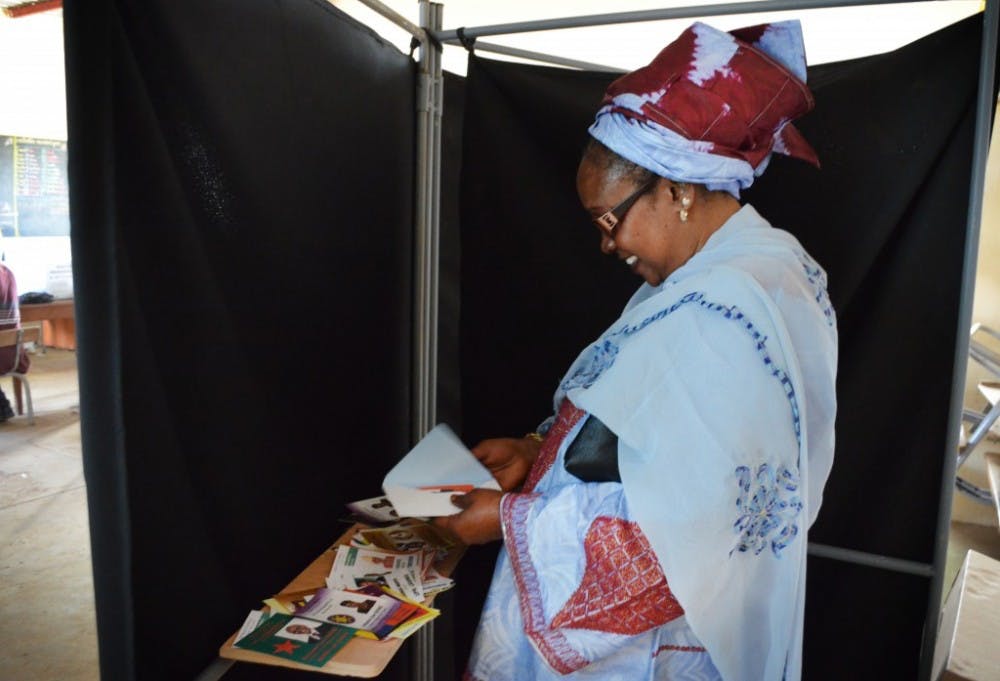 The results of the Senegalese presidential election Feb. 26 require a run-off election March 18 between Abdoulaye Wade and Macky Sall. In the first round of the election, none of the 14 candidates won more than 50 percent of the vote, which means a runoff election is mandatory.

The election followed weeks of demonstrations by opposition groups who argue that Wade should not have permission to run for a third presidential term.

“He wants to be president for eternity,” said Mohammed Mbaye, a law student at Institut Superior de Droits de Dakar. “But that is not possible.”

Now that Mbaye is 21, this election was the first time he was old enough to vote for a president. He said he liked Wade before 2007 when he began in implement unfair policies and regulations.

“Wade wants to be president because he wants to give power to his son, Karim Wade,” Mbaye said.

Wade, 86, has also been questioned about running for president at such an old age.

But Mbaye does not have confidence in Macky Sall either.

“Macky Sall, for me—he’s a good worker, but he has a responsibility for the situation of this country right now (since) he was the prime minister of Wade until 2009,” said Mbaye.

Sall and Wade worked together in the same political party until 2009, when Sall created his own political party, Alliance Pour la Republique, or ARP.

But Mbaye said he thinks Sall will win because the other candidates who did not win will endorse him.

Moustapha Niasse and Ousmane Tanor Dieng, two candidates who finished third and fourth in the first elections, have already endorsed Sall, along with Yousou N’dour, a Senegalese singer who previously considered running for president but was denied permission from the Constitutional Court.  They promised support for “the other candidate” before the first election occurred.

Election Day and voting locations were calm despite the political unrest in the days leading up to the election.

Mbaye said more people participated in this year’s election due to the efforts of Y’en a Mare.

“For me, that’s a good thing for democracy, because everyone must participate when we choose the president,” Mbaye said.

Senegalese citizens waited in long lines at the local schools to choose their next president.

Voters picked up 14 pamphlets showing the name and photo of each candidate and inserted their choice into an envelope behind a curtain. The envelopes were dropped into a plastic box.

Mbaye voted for Cheikh Bamba Dieye, who came in fifth place out of the 14 candidates. But Mbaye said he still plans to participate in the runoff election.

“I was disappointed (about Dieye losing)," Mbaye said. "I think that he could win in the next election, in 2018. (But) I will vote for Macky Sall. We don’t have a choice"