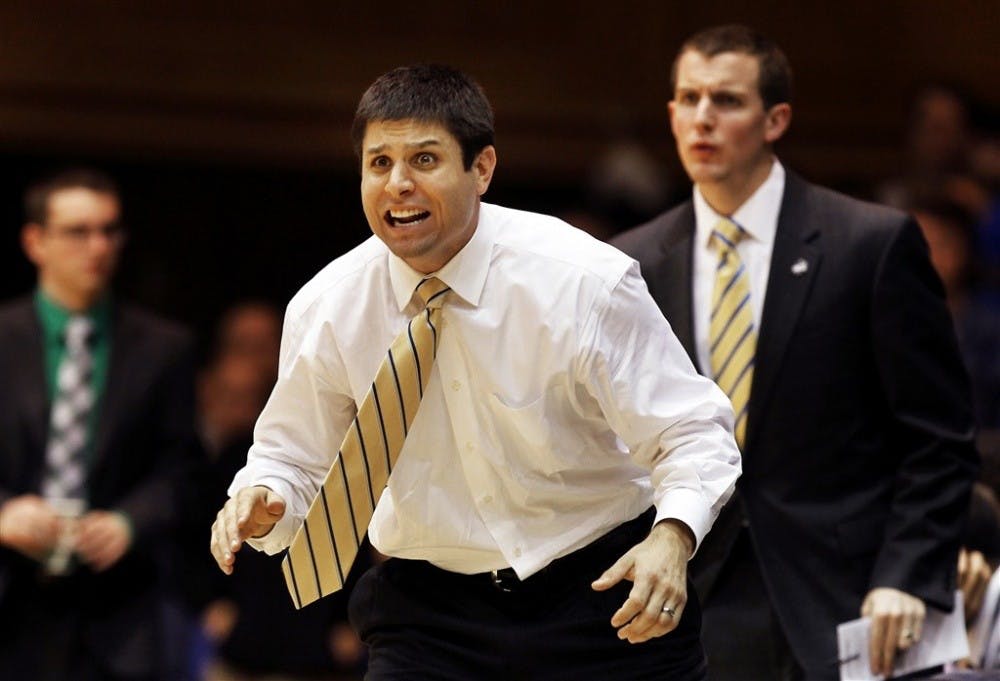 At 28 years old, Wes Miller is the youngest current head coach in Division I men's basketball.

"It's something that you're not able to prepare for," Miller said. "The first order of business and the thing we tried to concentrate on most was the current players, that they're okay and that they're dealing with the situation the right way and that they can move forward and possibly have success this year. Not a whole lot of time to think but time to act and do what's best for our players."

It is a mindset Miller gained by being a player. He played high school basketball at the New Hampton School in New Hampton, N.H. well enough to earn a scholarship to James Madison University. Miller played one year for the Dukes before transferring to the University of North Carolina.

As a walk-on, he won a NCAA national championship with the Tar Heels Hall of Fame coach Roy Williams and future NBA players such as Raymond Felton and Marvin Williams.

"I don't think I have words to describe how good an experience it was to play at Carolina," Miller said. "I just had an all-around great basketball experience playing there. The things that I learned from coach Williams and that staff will always stick with me no matter where this game takes me or life takes me and the experiences were invaluable."

After graduation in 2007, Miller took his talents to the British Basketball League, where he played one season of professional basketball for the London Capitals, for whom he scored 19.6 points per game.

"I would use professional basketball loosely," he said. "I wanted to keep playing after I finished in college. I was fortunate."

But Miller did not find much satisfaction in playing as he expected.

"The experience overseas was so different," he said. "At that point people are playing for checks. It's a different lifestyle. As far as it was a great experience, I realized almost as quickly that I wanted to get back in college basketball and into coaching."

He jumped right back in as assistant coach for the Phoenix for the 2008-09 season under Ernie Nestor. The team finished the season with an 11-20 record, and Nestor was let go. In April 2009, fellow Tar Heel alumnus Scott Cherry hired Miller as an assistant for High Point University's men's basketball team. Following the 2009-10 season, he took the same position at UNCG for Dement.

Miller took a lot from the assistant coaching experiences.

"You learn a lot as a player, but there's so many things that happen behind the scenes," Miller said. "It's such a different role to coach then to play. It helped me move from more of a player's mentality to coaching mentality, they're two different things."

Miller now holds the reigns of a 4-14 team as the interim head coach. He said that his biggest challenge has been holding the team together in the midst of such a rough year, "trying to bring a program together and a team together that's been through a lot of adversity, and really find a way to come together even more as a group regardless of what's happened in the past."

Miller said he has spoken to Williams, who is leading a highly successful, nationally-ranked Tar Heels team this season, and considers his old coach his mentor.

Assisting Miller through this transition is his wife Ashley, whom he married in August 2011. He cites her as being one his biggest supporters throughout the entire process.

"It's made this transition a hell of a lot easier," Miller said. She knew what she was getting into when she married a basketball coach. If anything, she's been such a rock to lean on and she's been supportive. It's nice to come home late at night and have someone to support you.

"Right now it's an interim head coaching position. If we focus on that, taking care of [the players], we'll be able to look back when the season is over and see if we've done a good job"