School of Communications expected to be fully reaccredited 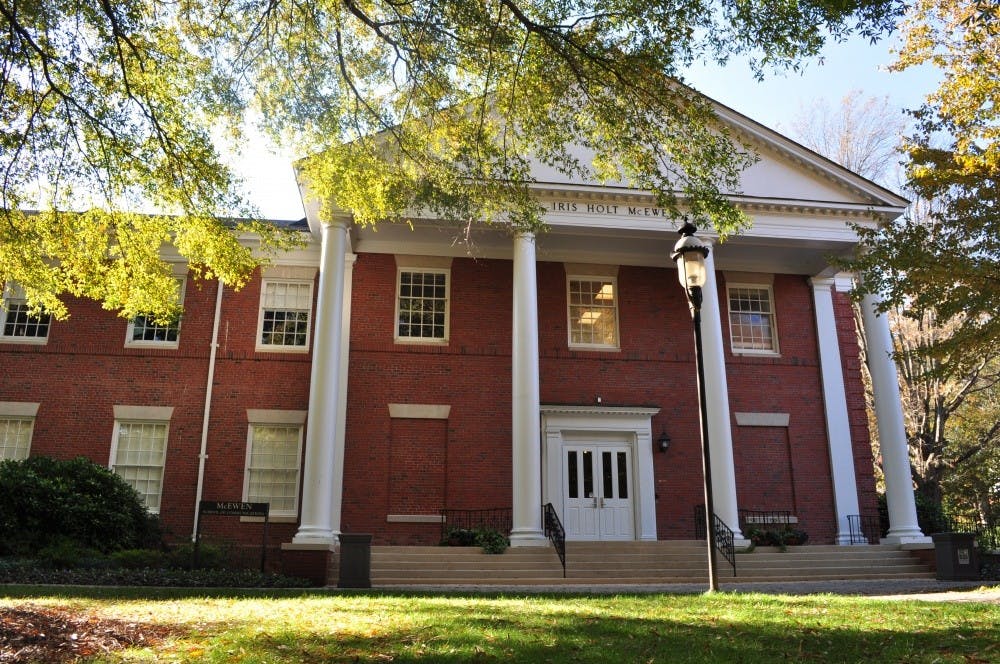 In the six years since the School of Communications at Elon University was first granted full accreditation, a lot has changed. The TV studios were upgraded to high definition and the iPad was invented and subsequently given to each faculty and staff member in the school. A graduate program was implemented and diversity increased substantially, among numerous other areas of growth.

A team from the Accrediting Council on Education in Journalism and Mass Communications, ACEJMC, returned to campus in mid-October to reevaluate the school by talking to faculty, students and senior staff members like President Leo Lambert. Before departing campus, the team presented a 45-page report detailing recommendations for reaccreditation, which is expected to become official when the council votes in April.

"They literally said there are no weaknesses in the program," said Provost Steven House. "We were very proud and happy with this. It's a wonderful group and I expect that over the next six years they'll continue to do outstanding things, the faculty and the students."

The committee did mention challenges, including continuing to keep up with and stay ahead of technological developments, a program quickly expanding beyond capacity of its building, McEwen, and lack of sufficient funding for scholarships and research.

Currently, only a handful of the Communications Fellows selected each year receive $3,500 scholarships while programs in other schools provide much larger grants. These areas will be addressed in upcoming months, as preliminary plans to build a new facility begin to evolve, House said.

Overall, the exit interview was positive.

"We did expect that it would go this well and even with the expectation, you never really know until the team comes and goes," said Kenn Gaither, associate dean of the School of Communications. "So even though we fully expected it to be this glowing, there is a sense of relief when they have left and they've left their report with us and they've left their approval. I think we're especially proud with what we're able to do since we were accredited."

When ACEJMC first accredited the School of Communications, numerous weaknesses were listed in the recommendation report. Communication with alumni, lack of diversity and the school's relationship with The Pendulum were among the weaknesses, which have been addressed according to this year's report.

"Sometimes there are intangibles that no formal report can really capture, and I think the growth across the school has really been spectacular," Gaither said. "When I say growth, it's not just about numbers, but all this student media. Six years ago, we didn't have Live Oak and now we have a student-run, full-service marketing agency. For any communications student, there's a program and or student media experience to support their experience. That's a big one."

About one-third of the current faculty has been hired within the past six years, Gaither said, and the Elon in Los Angeles and Elon in New York City programs were also established relatively recently.

"If there's something really important to take from this, it's that the administration and the school aren't being reaccredited," Gaither said. "It's the students and faculty. It has to do with the entire School of Communications. We all play a part in getting reaccredited"