Continuing the speaker series, Orange discusses his Pulitzer Prize finalist book, “There, There” 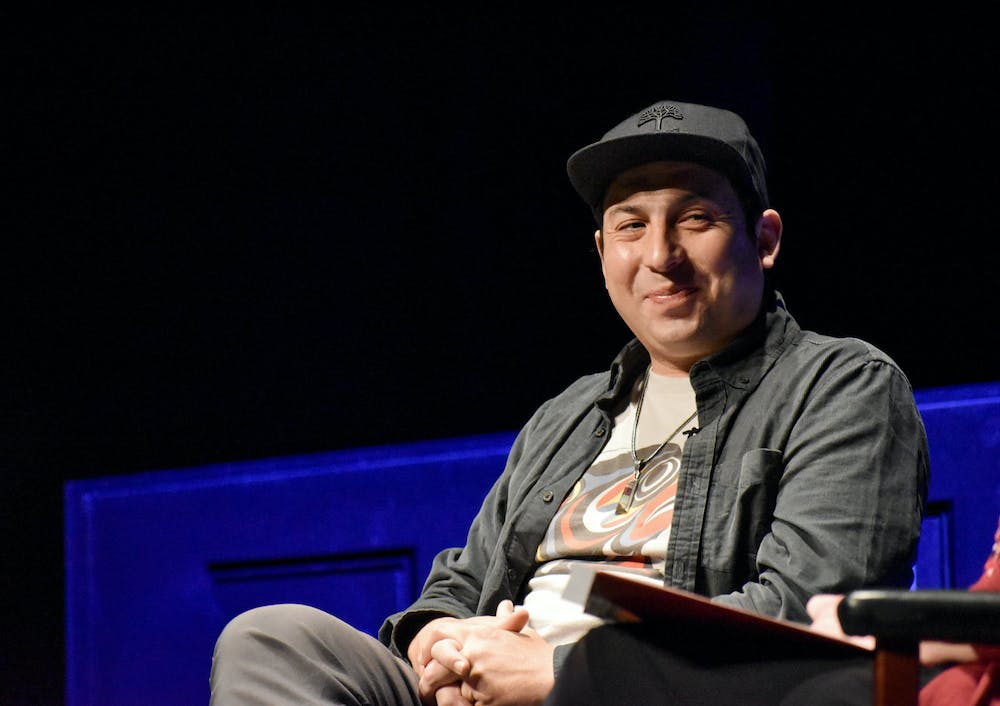 The talk Tuesday followed the theme of “Let Freedom Reign,” in celebration of the legacy of Martin Luther King Jr. Orange answered questions about his book and talked about related issues in his community.

After a land acknowledgment from members of the Occaneechi-Saponi Indian Tribe, Orange, Little and Scott touched on social topics and themes present in the book. But before diving into themes, Orange talked about the importance of storytelling itself.

“Story is one of those words that is so ubiquitous and, with overuse, begins to lose the meaning of it,” Orange said. “The way I’m using [story] in this context of what you read has a little more to do with the history of us not being able to tell our own stories.”

After telling a story of his own about his son taking home a pamphlet about Pilgrims, Orange, a member of the Cheyenne and Arapaho Tribes, expanded on his thoughts about racism and its place in the U.S., specifically how people choose to frame racism in the U.S.

“The idea that you’re correcting your racism … for the people that it’s damaging is really an incorrect view of what it does. … Why would you want to be a part of that story?” Orange said

In regards to the thinking he describes, Orange offers ways in which his book shows the power of the urban Native community, along with the power literature can breathe into social issues.

“I think the small joys that fill every life — the way that we laugh together, the food that we eat, the ways that we dance — I think there's a lot of little ways that don't show up on paper that balance out some of the bigger tragedies,” Orange said. “I think literature can capture those little moments.”

Orange also uses literature as his platform to spread awareness for the lack of recognition of modern-day Native struggles, such as gender and racial identity.

“I think the way [being biracial] is represented in literature is not as full as it should be,” Orange said. “I think for Native people, there's a whole different set of qualifications of what it means to be native.”

Orange hinted at new projects he’s been working on, one being a sequel to “There There” and one being a prequel. Orange said the prequel will be more focused on history, following the Native families and tribes that would lead up to the characters of “There There.”