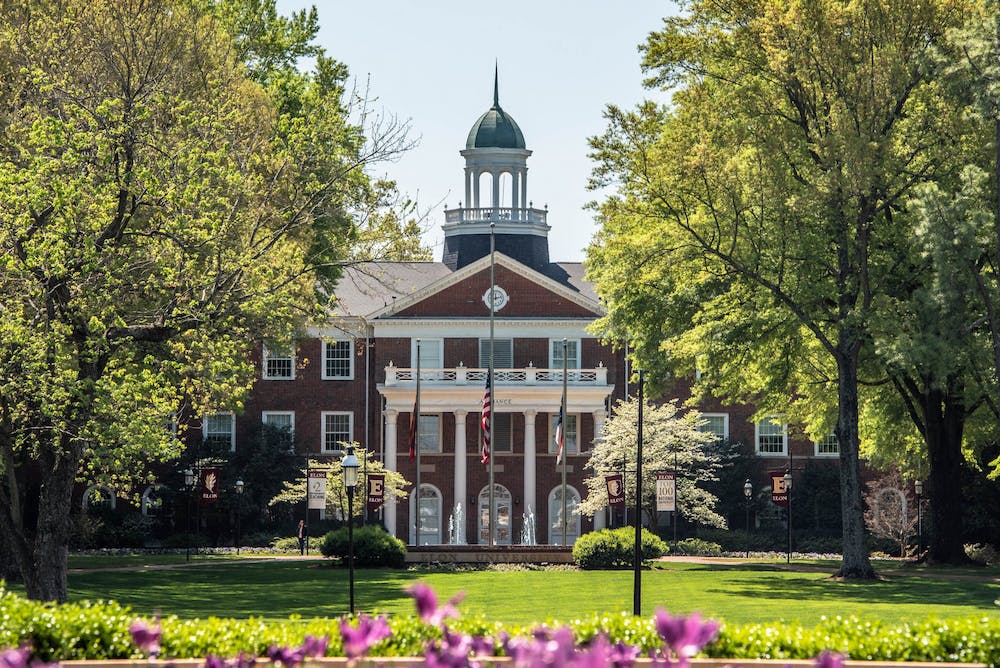 Throughout the 2022-23 academic year, Elon University will host a number of speakers, including Los Angeles FC team doctor Robert Sallis and Pulitzer Prize finalist Tommy Orange, who will give the Martin Luther King Jr. Commemorative Address.

This year’s speaker series is presented by WUNC North Carolina Public Radio and will explore “living well in a changing world,” according to the university’s website. All tickets for the speaker series will be free for students, staff and faculty cost $15 for those without an Elon ID.

Sallis is a past president of the American College of Sports Medicine and the founding editor-in-chief of the ACSM’s clinical journal, Current Sports Medicine Reports, and currently serves as the head team physician for the Los Angeles Football Club. He currently serves as chairman of the Exercise is Medicine Advisory Board and will speak Sept. 12 at 7:00 p.m. in McCrary Theatre, Center for the Arts. Sallis is also part of the Voices of Science Speaker Series.

Judd, an actress and one of the most vocal figures of the #MeToo movement was named to TIME’s 2017 “Person of the Year” as “one of the silence-breakers and change-markers who helped shift the culture and conversation around sexual abuse and harassment,” according to the university’s website. Judd is currently serving as a Global Goodwill Ambassador for UNFPA, the United Nations sexual and reproductive health agency. Fall convocation will be held in the Schar Center at 3:30 p.m. on Sept. 30.

Roberts is the Penn Integrates Knowledge Professor and George A. Weiss University, a Professor of Law & Sociology at the University of Pennsylvania, and the founding director of the Penn Program on Race, Science & Society. She will give a lecture entitled “From Reproductive Choice to Reproductive Justice” at 7:30 p.m. in Whitley Auditorium Oct. 20.

Suzuki is the author of “Good Anxiety: Harnessing the Power of the Most Misunderstood Emotion.” Her 2018 TED talk focused on the brain-changing benefits of exercise and was the second-most viewed of that year. Recently, Suzuki was named one of the “10 Women Changing the Way We See the World” by Good Housekeeping. She will speak Nov. 1 at 7:00 p.m. in McKinnon Hall, inside the Moseley Center. Suzuki is also part of the Voices of Science Speaker Series.

Orange, a Pulitzer Prize finalist and award-winning author of “There There,” will deliver the Martin Luther King Jr. Commemorative Address as part of the university’s annual events to honor the legacy of King. Orange’s work explores urban Native Americans and those “who have inherited a profound spirituality, but who are also plagued by addiction, abuse and suicide.”  Orange will speak at McCrary Theater, Center for the Arts, on Jan. 10.

Turney, a postdoctoral fellow at the Taub Institute for Research on Alzheimer’s disease and the Aging Brain in the Department of Neurology at Columbia University Medical Center, is currently investigating how racism becomes embedded in the body and brain, affecting health. She will speak March 6 at 7:30 p.m. in Whitley Auditorium.  Turney is also part of the Voices of Science Speaker Series.

Gupta is an Emmy-award-winning chief medical correspondent for CNN. The neurosurgeon aids in CNN’s reporting on health and medical news for shows both domestically and internationally and regularly contributes to CNN.com. In 2019, he was elected to the National Academy of Medicine, one of the highest honors in the medical field. Gupta will speak at 7:00 p.m. March 28 in Alumni Gym.