The performance is Nov. 15 in the McCrary Theatre 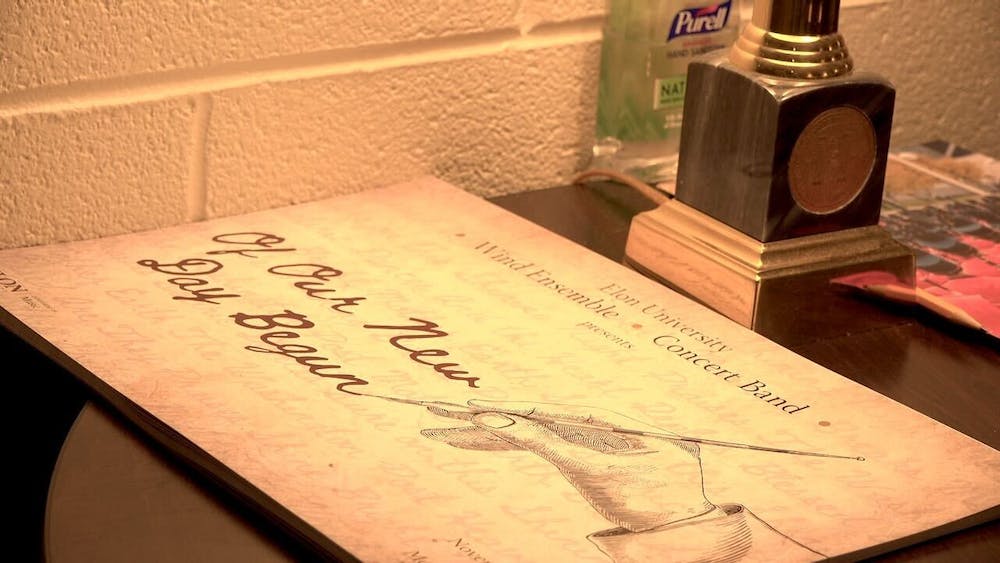 Elon University's Wind Ensemble and Concert Band will have its first performance of the year tonight. The first concert was originally set for Family Weekend, but was canceled due to impacts from Hurricane Ian.

Performers, like Raegan Baute, an Elon freshman and wind ensemble musician, look forward to showcasing months of hard work for the campus community.

With a mix of poetry, literature and many pieces by a diverse array of artists, there will be something Baute said everyone will be able to enjoy.

Playing these pieces together allows for both the Wind Ensemble and Concert Band to be seen by the Elon community, something Baute is keen on.

“[This] allows people to see who we are as a group,” Baute said.

This wide variety of music notions inclusivity and pays tribute to times of great discernment and disheartening events. Director of Bands, Jonathan Poquette, said he is delighted to share these pieces with the Elon community as it provides great salute to these events.

“We're going to be concluding our concert with a kind of wind band standard called ‘Of Our New Day Begun’ by Omar Thomas,” Poquette said. “That was written for the very memory of the 2015 massacre in Mother Emanuel church, Dallas, Charleston, South Carolina.”

As the Wind Ensemble and Concert Band performs, all are welcome to observe as music fill McCrary Theatre.

The Wind Ensemble is more of a student-led organization, making the performance more exhilarating, according to Poquette, who is excited for all of the musicians to show their work..

“We've been putting a semester's worth of work together, and it's finally coming to fruition,” Poquette said. “I am super proud of all the students because they've been working really hard along with the community members as well. I think it's going to be a fantastic show.”

Wind Ensemble and Concert Band are always looking for new members of any experience and background. Music is all-inclusive no matter the level, according to Poquette.

“I hope that more people want to join. That is my biggest goal, if anybody that has played or currently plays, we want them involved,” Poquette said. “We want them to be participating in music in some way, shape, or form. And so that's what the concert does. It is for anybody, regardless of age, or background, there's a place for you.”

Elon students interested in joining can contact Poquette via email and fill out the Elon Band commitment form.