The performance was held Nov. 2 in a far from full Schar Center 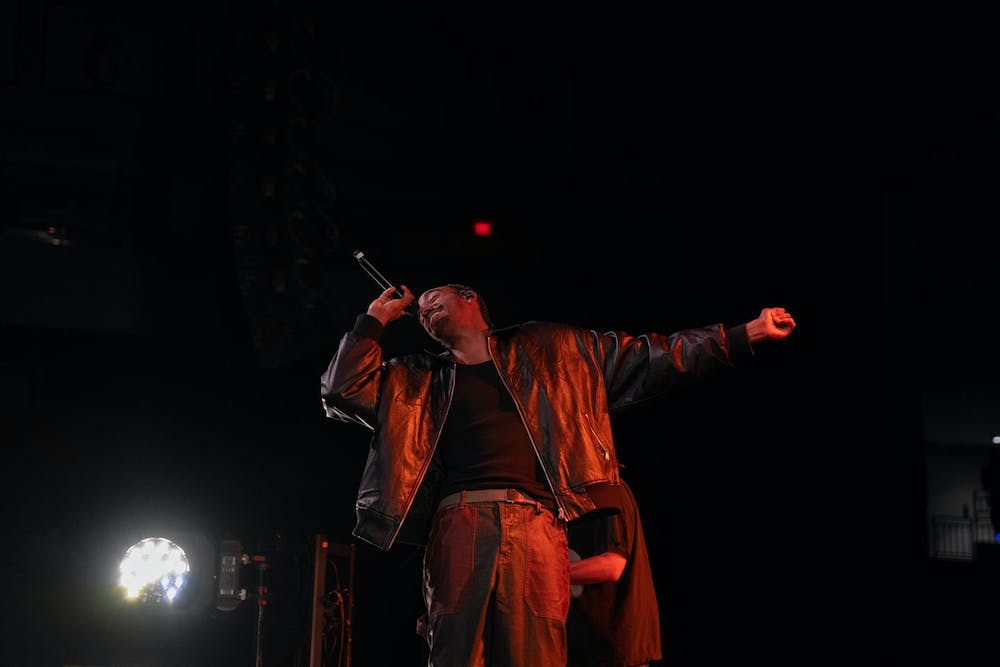 
Singer Tai Verdes performed in Schar Center during the Homecoming Concert hosted by the Student Union Board on Nov. 2, 2022.

To enter the pit, students had to show their Phoenix Cards. Tickets were required for the concert, but SUB did not disclose how many tickets were sold.

Verdes’ set, which included a variety of songs including “Trix In The Bag” and “Kingdom Come,” followed performances from Elon student band The Germaniacas and musical duo Social House.

“We can usually get someone who is in our budget when they are on the rise and not at their peak, but then we are also looking for someone who has at least a couple big songs that everyone will know that will help create attention,” Clift said. “Obviously we can’t afford a Kendrick Lamar, in which everyone knows every song.

But an artist on the rise, like Verdes, is exactly what Elon junior Emma Leonard said she enjoys. She said the fall concert brings the Elon community together, allowing attendees to unwind.

Leonard said she had COVID-19 during last year’s fall concert featuring Bryce Vine and was unable to attend.

“Knowing Tai Verdes from TikTok and other social media platforms, I was really excited to hear he was coming to this school and I would be able to attend this year,” Leonard said.

The fall concert is just one of many Homecoming Week events held at the university this week. A full list can be found here.

Haley Phelps contributed to the reporting of this story.