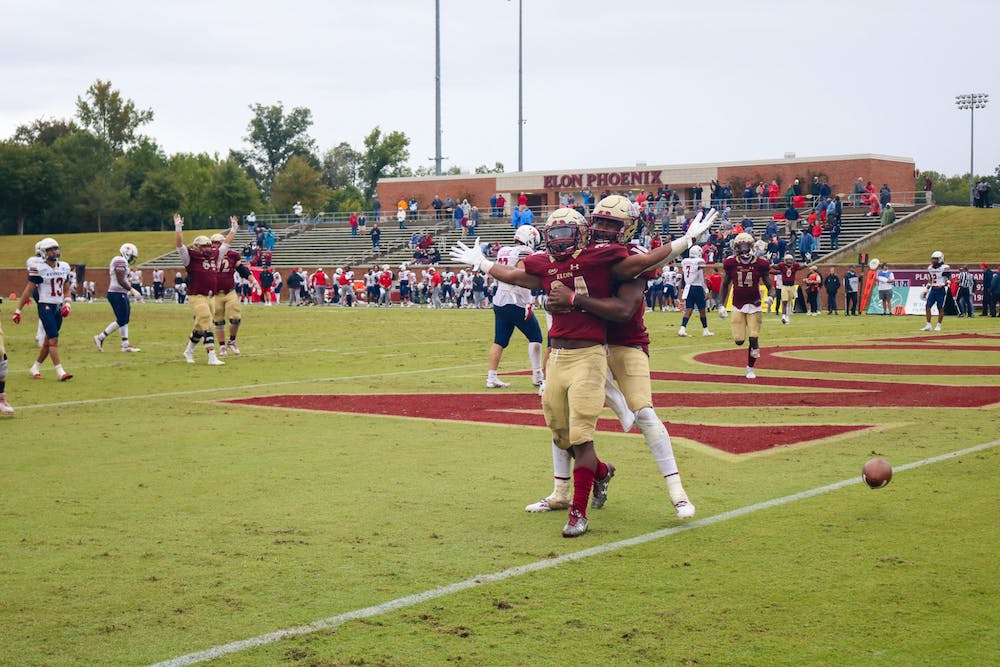 The Elon University football team started out hot on Family Weekend with two touchdowns in the first quarter against University of Richmond. The Elon dance team are the 2022 National Champions in Hip Hop Division 1 and today, dancers received their rings. After the ceremony, the football team would be held scoreless for the rest of the first half, and Richmond would tie things up going into halftime.

Scoring was hard to come by, as Richmond would score the only three points in the third quarter. Elon couldn’t jump start the offense until — with one last chance at their own five-yard line — the team made a stride down the field to tie the game up with a field goal. Head coach Tony Trisciani said his men were focused only on tying the game.

“There wasn’t a player on the offensive side of the ball that was thinking about what we did prior to that possession,” Trisciani said. “They were locked in.”

Elon’s first challenge to playing today was not the opponent, but Hurricane Ian. Trisciani said the team was watching the weather and the wind since Thursday.

“We didn’t know what the wind situation was going to be going into the game so on Thursday we wanted to see what it was going to look like,” Trisciani said. “We prepared for the worst, hoped for the best and we got the best.”

The weather was ultimately no challenge at all, and through a little bit of rain, Elon was able to pull out with the win in the second overtime after a back-and-forth game.

Trisciani said the defense played a big part in securing the chance to win the game. Senior Marcus Hillman said he was happy with the pressure the Phoenix put on Richmond to force the field goal.

"It just comes with relentless effort and pursuit to the football,” Hillman said. “Making the quarterback uncomfortable, we stress getting guys to the football every time.”

The passing game was also strong, as quarterback Matthew McKay had 322 yards and three touchdowns. The receiving leader was senior wide receiver Bryson Daughtry, who had four catches for 134 yards and a touchdown. Daughtry said the team has a strong receiving corps, and it’s up to whoever's called upon to make plays.

Elon now moves to 4-1 on the season and is 2-0 in the Colonial Athletic Association. Next up, Elon will stay home for a matchup with Towson University Oct. 8.