Campaigning for ABSS Board of Education: Seneca Rogers hopes to address teacher recruitment and retention issues, school safety and preparing students for the future

Rogers is one of five in their race vying for three open seats in Alamance County’s general elections on Nov. 8 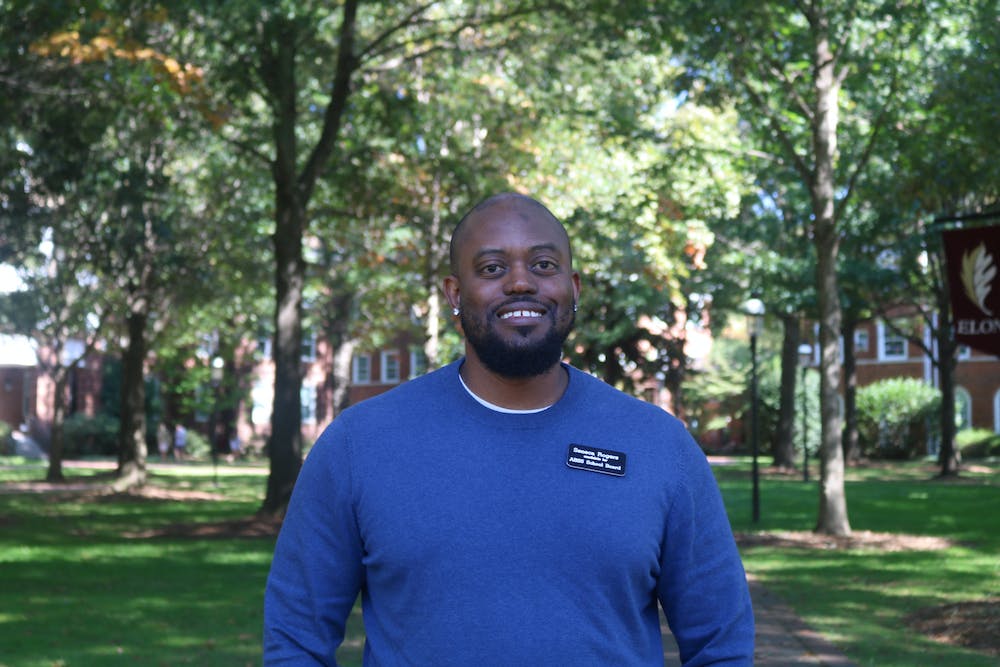 Seneca Rogers ran for the Alamance-Burlington School System Board of Education in 2020, when the world was experiencing the height of the global pandemic, and much of his campaign took place on Zoom. Two years later, Rogers is back, and he said he is ready for round two.

Since his last run for school board, he has talked to a lot of students, parents, teachers and community groups within Alamance County to learn more about the challenges facing education in the district.

“I've always been a person who advocates for public education, it’s very important to me,” Rogers said. “Our next generation is important to me, and how can we make things better for them, but also have a better impact on what education and things look like for them going forward.”

Rogers said he appreciates the work Elon University does to bring teachers to Alamance County and would love to see partnerships with other universities, such as North Carolina A&T, take shape in Alamance County as well.

“As we see everywhere, there is the shortage in teachers, but also a lot of teachers feel like there's a shortage in the respect that they receive for their position,” Rogers said.

While ABSS has begun giving new teachers a signing bonus, Rogers said he would like to look into retention bonuses, as well.

“We want to keep a lot of our teachers with us and not lose them to neighboring counties,” Rogers said. “Sitting down with our actual teachers and talking to them about what does taking care of you look like, so we can make sure that they’re heard, to where their voices can have a true impact on what we do.”

Between taking classes at the United Citizens Police Academy and talking with school resource officers and guidance counselors, Rogers said he wants to look at school safety from a holistic perspective: tackling both structural safety of schools and the intangible elements of safety, such as mental wellbeing.

As the midterm election gets closer, Rogers said he hopes citizens remember that because the ABSS school board election is nonpartisan, his campaign is not about a political agenda or a platform.

“Our students and our schools shouldn’t be a battleground for political fights,” Rogers said. “They need to just be a place where everybody is working for the best of our students, and making sure that what they need is always taken care of.”