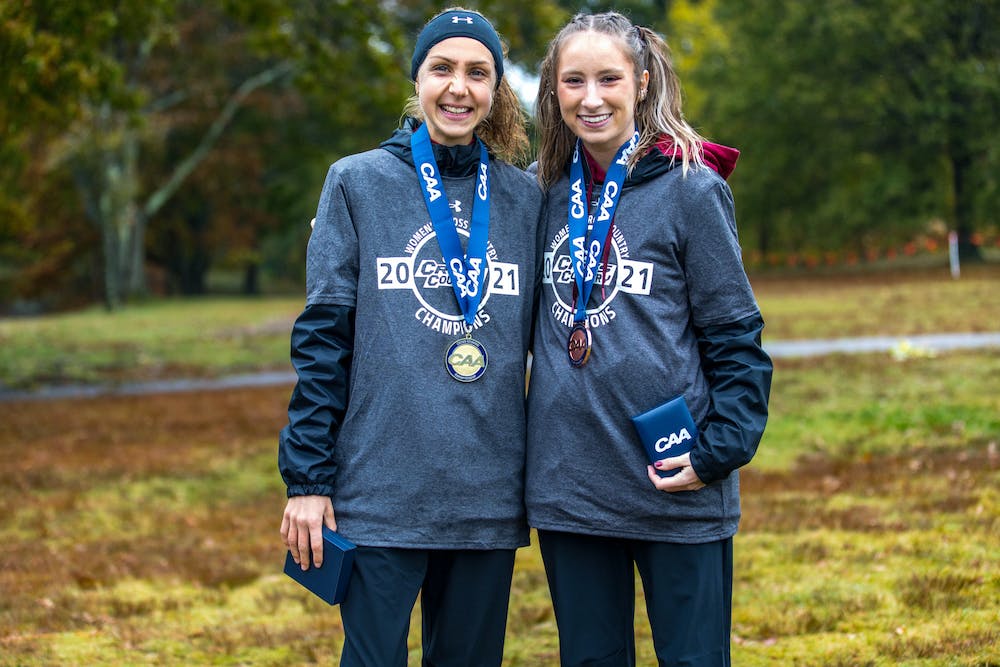 Entering the 2022 cross country season, the Elon women’s team has one goal in mind: defend its Colonial Athletic Association title for the fourth time.

After building up their program for the past three years, the upperclassmen hope the environment they’ve created is enough to achieve success on an individual and team level.

2021 CAA individual champion and athlete of the year Maria Ahm said repeated success comes with an elevated amount of pressure.

“To have to defend something instead of chase it is something that we are working on,” Ahm said. We can only control ourselves and not our competitors, and that is always in the back of my mind.”

The senior leadership within the group has proven to be a stepping stone towards team accolades, as the women’s team has won three consecutive CAA titles, beginning in 2019.

Head coach Kevin Jermyn said he has had unwavering trust in his senior athletes since the start of their careers. Rather than reviewing a game plan moments before a race, Jermyn takes a step back.

“I have a theory that if there’s something I could say before a race that would change the outcome, then we didn’t do a good job prepping,” Jermyn said. “I let their subconscious take over. Our results represent the process we took to get there, and we train diligently.”

Ahm reiterated this mindset, praising the growth of her teammates over the past seasons and the group’s progression as a whole.

“It is truly fascinating to see how far each and every one of us has come,” Ahm said. “As a team, our work ethic is unmatched and is still improving every year. That shows on competition days.”

However, both Jermyn and Ahm said the journey to three consecutive CAA titles was not without adversity. Many athletes have had to overcome injury in the past seasons in order to compete.

“Running takes a toll on the body, and it’s common for that to happen. Coming back from that is where we need to support each other the most,” Ahm said. “We do all of the right things to get back on track again. As hard as it is, it is our biggest motivator.”

To put athletes in the best shape to succeed, Jermyn said the team is working on nutrition, sleep and stress management. With a lot of newcomers on the roster this season, he said the team’s leadership is excited to share their culture with new teammates.

“They are in the best shape of their lives,” Jermyn said. “They will run as fast as they can and the outcome will show up.”

Ahm’s goals are simple and align with the team’s overall success. She said her teammates must trust each other and can’t be afraid to fail.

“We’re going to defend what we worked for with everything we have,” Ahm said. We’re ready for that challenge.”