In matchup against her sister, Sydney Love came up huge for Elon volleyball 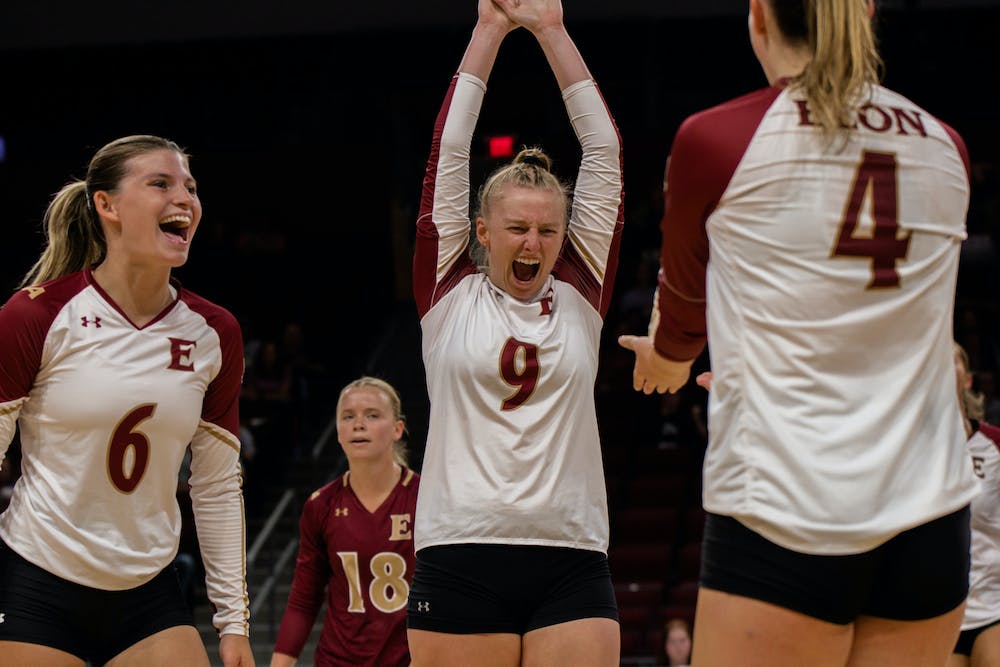 For the first time in her Elon University women’s volleyball career, sophomore Sydney Love found herself on the opposing side of her sister Ryann, who is a freshman for William & Mary. Sydney rose to the occasion, having the best match of the young season with a team-high 13 kills in Elon’s straight sets win.

“It was exciting to have all of our family members here cheering us on, it was hard for them to pick a side,” Love said. “I loved playing against her because I know she’s competitive. I’m competitive. We're both great players.”

Love has made a switch this year, moving to the right outside hitter position after playing last year on the left side. The sophomore is second on the team this season with 104 kills.

“It was a lot for me, just transitioning from outside to the right side. I've been working hard to get my timing down in practice,” Love said. “In the game, I tried to hit smart sports or set up on the block, trying to give my defensive players an easier game.”

In a competitive first set where Elon held a close lead throughout, William & Mary came up with a clutch run of its own, taking the lead 22-20. That’s when  Love came back in, smashing a kill immediately, giving Elon the momentum to close out the first set.

After having a pair of set points at 24-22, William & Mary came back and tied it at 24-24. However, head coach Mary Tendler’s squad pulled out the set, winning the next two points. Tendler said this  was a huge start for Elon, looking to get back on track after a tough start in nonconference play.

“The comeback in that first set was huge,” Tendler said. “I’m so proud of our girls for making plays.”

This was a matchup of two hot teams, with Elon winners of three straight games and William & Mary taking six of its last seven. Tendler reflected on the team’s recent success going into conference play.

“We're just better together as a team,” Tendler said. “Offensively we've struggled recently, but I think we're finding our offense is more balanced and finding ways to score with different people.”

Elon won the final set 25-22 to close out its fourth straight victory. The Phoenix, now 3-0 in Colonial Athletic Association matches, returns to Schar Center tomorrow for another matchup against William & Mary at 2 p.m.