The presentations of the university’s highest honors opened planning week 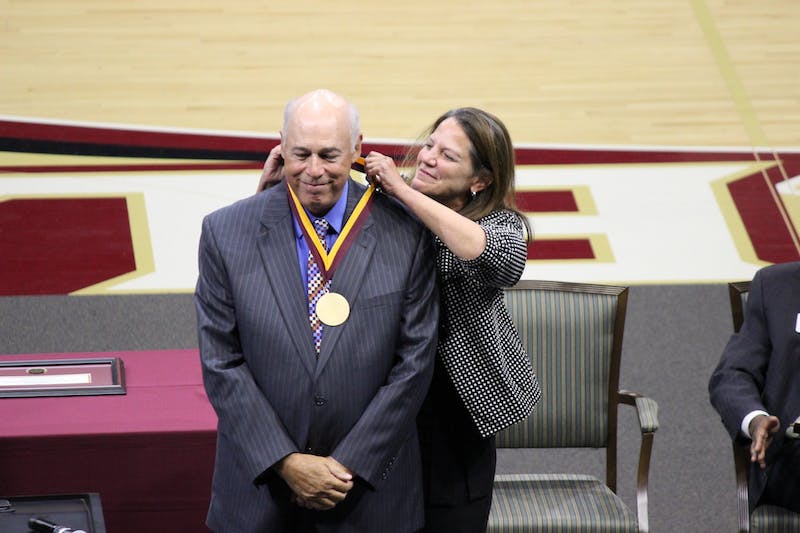 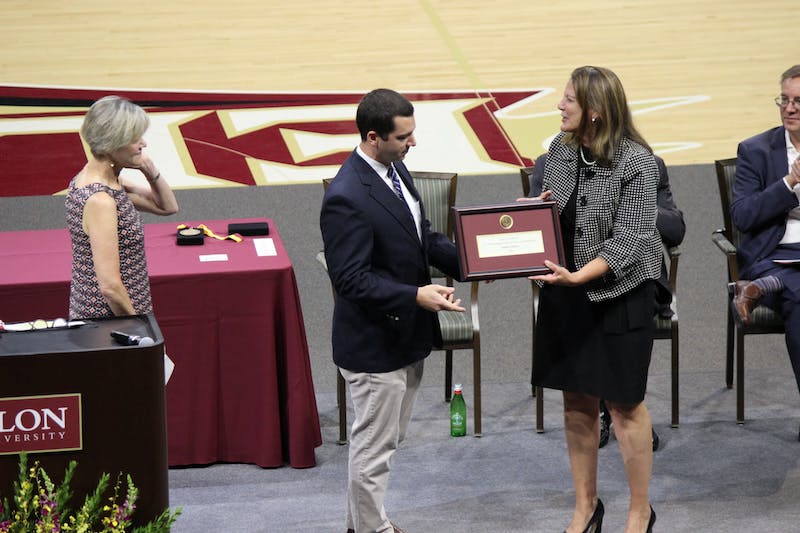 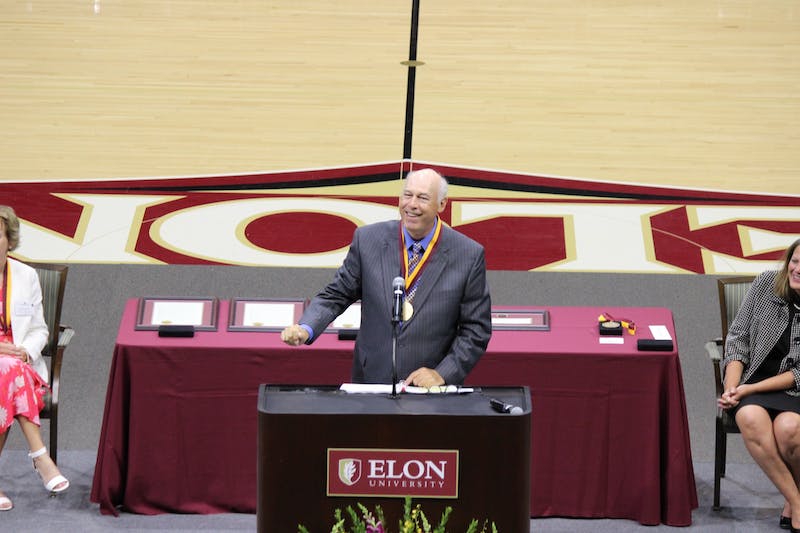 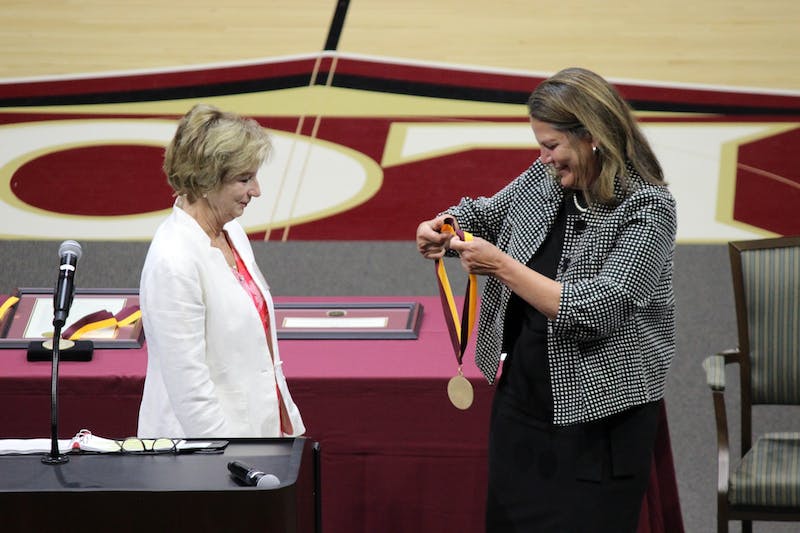 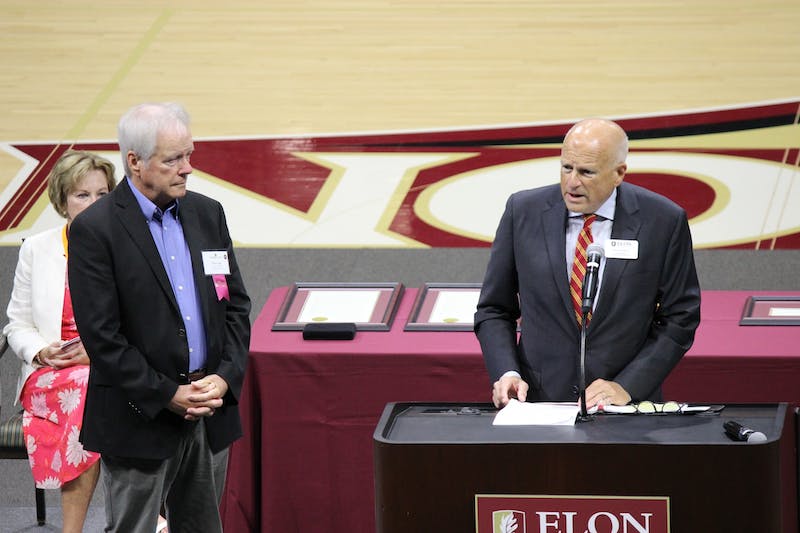 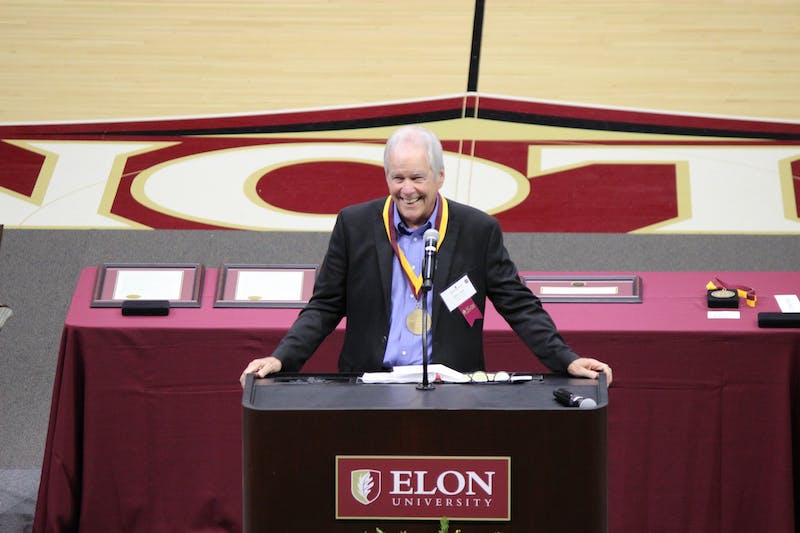 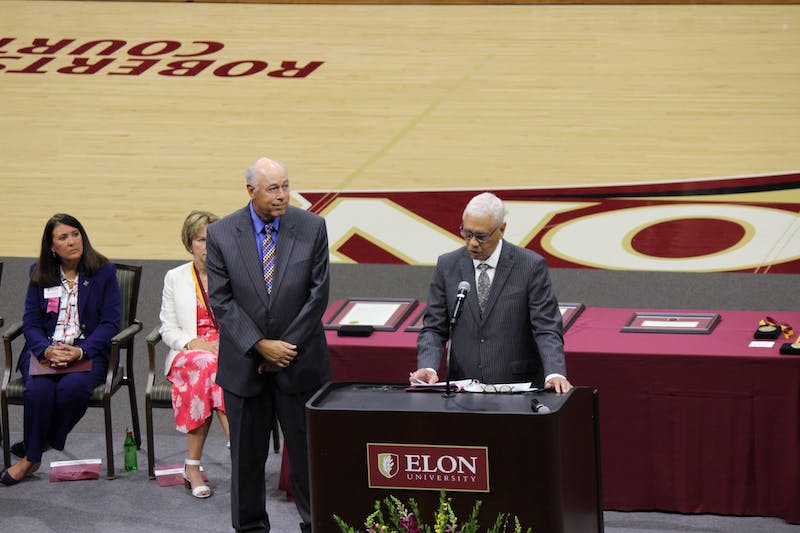 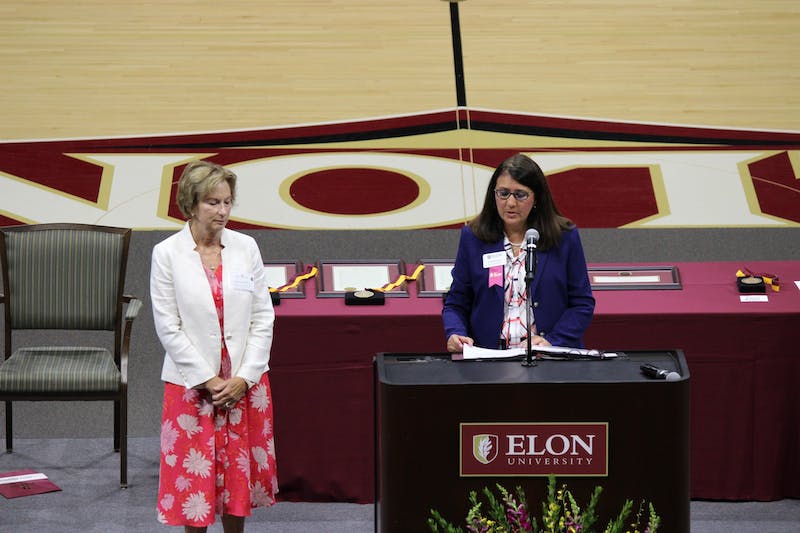 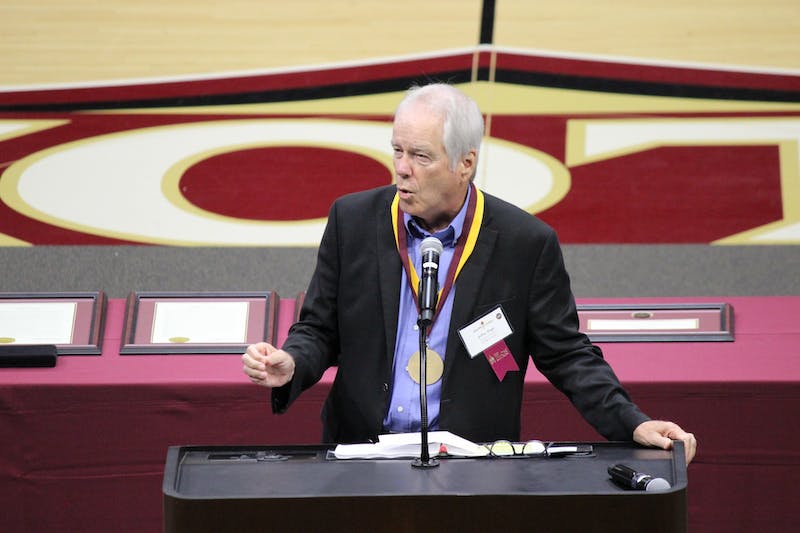 The first to receive a Medallion was Jane Deaton, who served for just over 20 years as the university comptroller and led Elon’s accounting office. Deaton retired last spring with the title of special assistant to the vice president for finance and administration. Deaton was introduced by Associate Vice President for Finance and Administration Susan Kirkland.

“Jane worked meticulously behind the scenes to keep the accounting office running smoothly and ensure the integrity of the university's financial operations, which have grown more complex with significant growth and rise as a national university,” Kirkland said.

Over her 20 years in the accounting office, Deaton established the university’s revenue financial model and year-end balance projections which enabled Elon to continuously grow, according to Kirkland.

The next recipient of the Elon Medallion was Jeffrey Pugh, professor emeritus of religious studies. He was introduced by President Emeritus of Elon University Leo Lambert.

“Jeffrey was a guide and a role model who was ahead of his time. Jeff was the embodiment of the teacher-scholar-mentor before Elon formally adopted that model of faculty work,” Lambert said.

Pugh came to Elon in 1986 and joined the Department of Religious Studies. For 32 years, Pugh worked as a professor in the department and a leader who advocated for “many key initiatives that propelled the university forward,” according to Lambert. Pugh also worked to develop the first global studies course and pushed to grow the department to be more inclusive and diverse.

The final recipient of the Elon Medallion was Dean Emeritus of the School of Communications Paul Parsons. He was introduced by Associate Professor Emeritx of Cinema and Television Arts Don Grady. Grady described Parsons as a “strong and effective student-centered administrator who never seemed to run out of things to do.”

Two professors received professorships at the opening session as well.

Assistant professor of chemistry Anthony Rizzuto was awarded the ​​A.L. Hook Emerging Scholar Professorship of Science and Mathematics, announced by Kathy Matera, professor and chair of the Department of Chemistry.

“Tony encompasses the teacher-scholar-mentor model that he saw as a student, and he now embraces as a faculty member,” Matera said.

Associate professor of finance Adam Aiken was named a Wesley R. Elingburg Professor in Business, announced by Raghu Tadepalli, dean of the Martha and Spencer Love School of Business.

“He goes to great lengths to incorporate current events and techniques used in industry into his teaching,” Tadepalli said. “Not surprising, he was recognized in 2020 as one of the nation's top business faculty by Poets & Quants.”