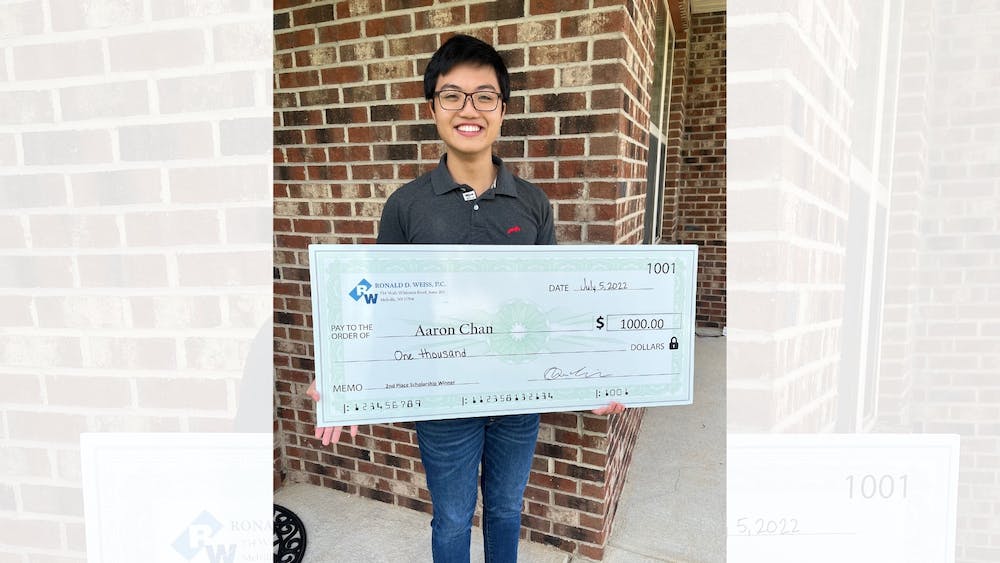 “I looked into what I thought was true, and what I had observed around me,” Chan said. “When I did the research, those were things that, to me, seemed the most important.”

Chan competed against other high school seniors and currently enrolled undergraduate students. They were tasked with writing an original 450 to 600-word essay responding to a provided prompt.

Chan said he found out about the contest through fastweb.com, a scholarship aggregating site. In addition to the NPG essay contest, Chan applied for 13 other scholarship competitions and so far has won two — an essay about bankruptcy and the student debt crisis and a video about distracted driving. Chan said during his writing and application process, he didn’t show anyone else his work and relied only on his own edits.

“Early this year, I decided that I wanted to use my summer applying for scholarships,” Chan said. “I enjoy writing, so it was a good use of my time.”

Marlene Molewyk, one of Chan’s mentors who helped enhance his writing skills, said that even before she worked with Chan, he was gifted articulately.

“He came to me when he was trying to take his writing to a new level … he is one of the best writers I have ever worked with,” Molewyk said. “He’s really good at intuitively knowing how best to present to his audience.”

Chan’s mother and homeschool teacher, Phyllis Chan, said she mentioned to her son that he should look for scholarships, but his motivation to apply for so many was completely self driven.

“He would discuss with us ones he may write or some ideas … but I really had no idea how many he had written,” Phyllis said. “I feel really proud of him, he was determined to raise funds, one way or another.”

Chan said he is very thankful to have won these scholarships to help him pay for university and feels proud that the time he spent writing and working has paid off.

“It meant a lot to me and my family to help pay for my education,” Chan said. “I was really honored to win and have my writing recognized.”

While at Elon, Chan plans to study Cinema and Television Arts and hopes to be involved with the Kernodle Writing Center. Chan said his advice for students looking to apply for scholarships starts with finding topics that a student finds interesting.

“Find your niche and develop a strategy,” Chan said. “Then, just go for it.”