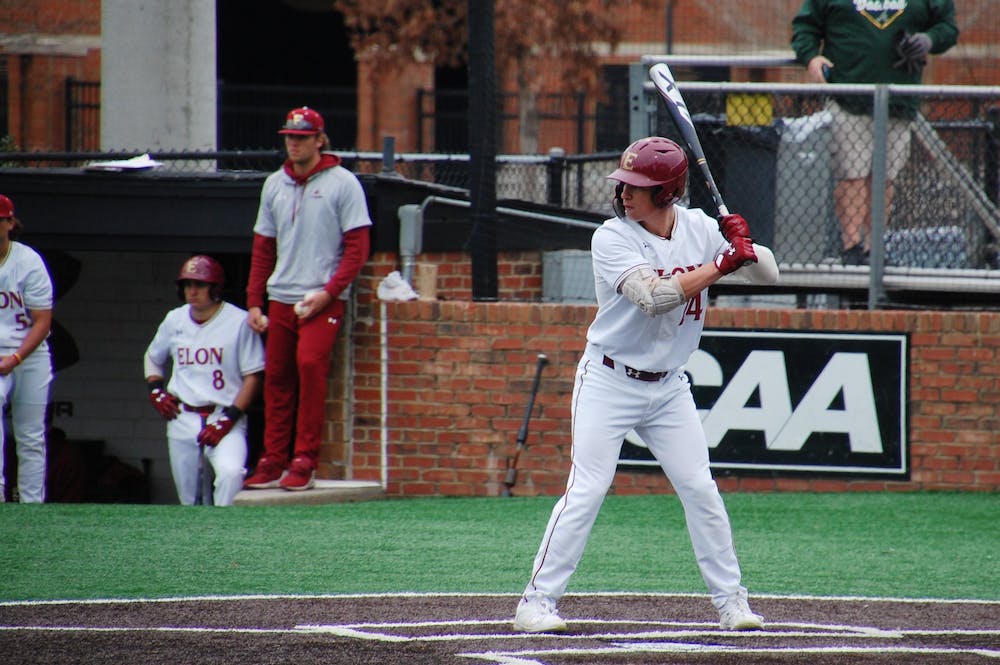 The dream of getting drafted by a professional baseball team is something that only a small percentage of college baseball players achieve, as just over 10% of NCAA baseball players are drafted into the MLB each year. Alex Iadisernia, an outfielder for Elon University’s baseball team for the last three years, is hoping to become just the sixth Phoenix hitter ever to be drafted in the top 10 rounds of the MLB draft next week.

For Iadisernia, the pre-draft process has been busy. Originally slated to play for the Yarmouth-Dennis Red Sox of the Cape Cod Baseball League over the summer, Iadisernia had to change his plans when he received word a couple of weeks before his season at Elon ended that he was invited to the MLB Draft Combine in San Diego.

With the combine not taking place until June 14, Iadisernia worked out at Compete Academy, a sports facility by his house in New Jersey, to train for three to four hours every day to prepare for the draft.

When he arrived in San Diego for the combine, Iadisernia met with different Major League teams, had medical evaluations and completed on-field workouts at Petco Park, the home stadium of the San Diego Padres.

With the first day of the draft taking place July 17, Iadisernia said he looks forward to signing with any team that selects him to start his professional career, wherever that may be.

“I’m itching to play some baseball games already,” Iadisernia said. “I just want to go play, and whoever gives me the opportunity, I trust them, and I’m excited to get going.”

While he is eager to get to work, Iadisernia said looking back at his time at Elon is something that he will always cherish.

“I was part of the family right away,” Iadisernia said. “They molded me into the player that I am today.”

After appearing in 17 games as a freshman in a year cut short due to COVID-19, Iadisernia had a breakout season as a redshirt freshman in 2021, as he led the Phoenix with a .368 batting average — the third best in the Colonial Athletic Association. He also finished among the top 10 in the CAA in home runs (10), runs scored (39), doubles (13) and on-base percentage (.448).

Additionally, he was the CAA Co-Rookie of the Year and a 2021 Collegiate Baseball Freshman All-American.

After being named a team captain as a redshirt sophomore prior to his third year with the program in 2022, Iadisernia had another strong season where he hit .276 with six home runs while setting a career high in runs batted in with 44.

Iadisernia credits his coaches and teammates for what he was able to accomplish while at Elon.

“I’m grateful for them and everything they’ve done for me,” Iadisernia said. “The Elon baseball team will always be my family.”

“Alex is special, he’s a very talented kid,” Kennedy said. “He’s got a lot of tools, I think he’s a big league hitter.”

While Iadisernia said he has many great on-field memories, he will most fondly remember the time spent off the field with his teammates.

“The best moments are spending time with your team and the relationships we had throughout the whole season,” he said.

Even though his playing career at Elon has come to an end, Iadisernia is excited about the future of the program and said he wants to help the team in any way that he can.

“Elon is doing a lot of big things right now,” he said. “I hope they can win a CAA championship this year and go to a regional.”

With the draft just days away, Iadisernia said it hasn’t sunk in yet that he’s about to be drafted, and it still almost doesn’t feel real.

While he does not know yet how he will react if he gets the call from an MLB team, he will be watching the draft with his family and friends from his home in Neptune, New Jersey. And when he does get the call, it will be a dream come true.

“It’s always something I’ve dreamed about,” Iadisernia said. “It’s going to mean the world to me.”