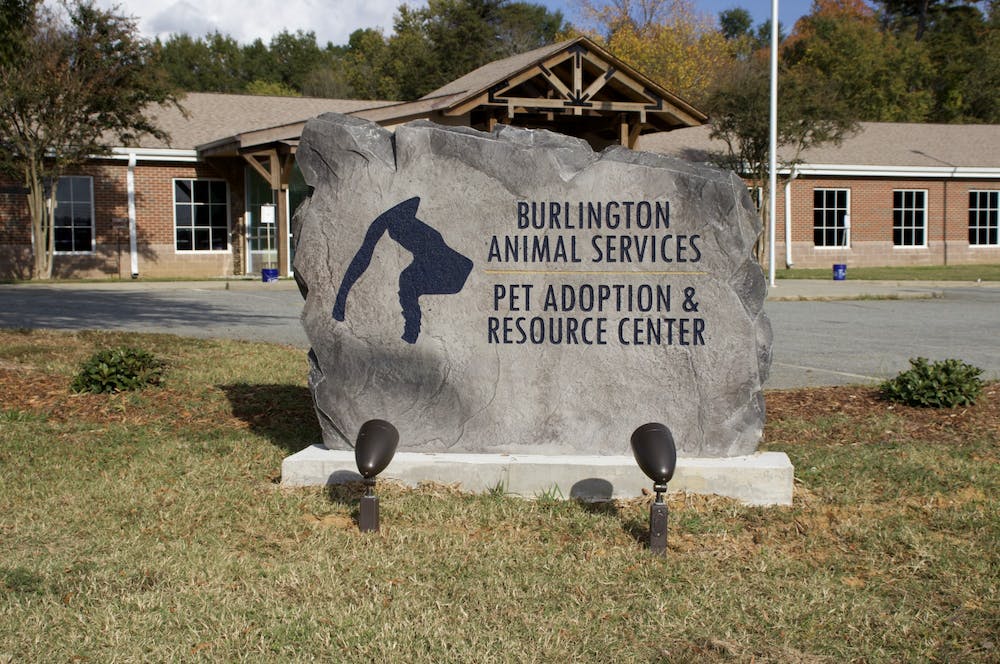 
The sign outside the Burlington Animal Services Center on Oct. 21, 2020. The shelter has seen a large increase in the number of people fostering animals since the coronavirus pandemic hit.

Burlington Animal Services announced June 21 in a media release it received a $60,000 investment for its lifesaving work with animals across Alamance County. The animal shelter celebrated its grant from the national nonprofit Petco Love earlier this month at the closest Petco store location to the county in Greensboro.

Director of Animal Services Jessica Arias said the grant investment will be used to sustain care for the cats in the shelter’s Mighty Mouser and community cat programs, as well as for “special cases that come into Burlington Animal services that are above and above the norm.”

The Mighty Mouser program, Arias said, allows county residents to bring stray cats found on their property to be sheltered, neutered and vaccinated. Residents can then adopt them back after at least three days for $10 per cat.

Operated by the city of Burlington, Arias said Burlington Animal Services works with Alamance County residents to ensure the health and safety of both people and pets. Initiatives like the Mighty Mouser program help control the stray cat population while also saving the animals lives, according to Arias.

This grant given to Burlington Animal Services, which applied in a competitive process last year, is one of more than $15 million in investments announced by Petco Love to “power local organizations across the country as part of our commitment to create a future in which no pet is unnecessarily euthanized,” according to the release.

Since its founding in 1999, Petco Love has invested $330 million in adoption and lifesaving efforts in addition to finding homes for pets through partnerships with more than 4,000 organizations across North America, the release said.

Burlington Animal Services began its community cat and Mighty Mouser programs back in 2018, and Arias said from then until May of this year, the shelter has worked with 4,525 cats.

In addition to allowing those programs to continue at the same volume they have been — helping between 1,200 and 1,300 cats a year — Arias said the grant funding  will help with special medical needs in the shelter. For example, Arias said the shelter treats every dog that comes in that has heartworm before adoptions are finalized and they get their new homes.

“If that expense were something that the adopter needed to bear, it would be like $1,000 or more,” Arias said. “We know that is a barrier to getting good pets homes, so we want to try to make sure that the animals leave treated and healthy, and these funds help us do that … all this funding will go directly to help the animals.”