From beach reads to memoirs, check out the list below of five books to add to your to-be-read pile right now 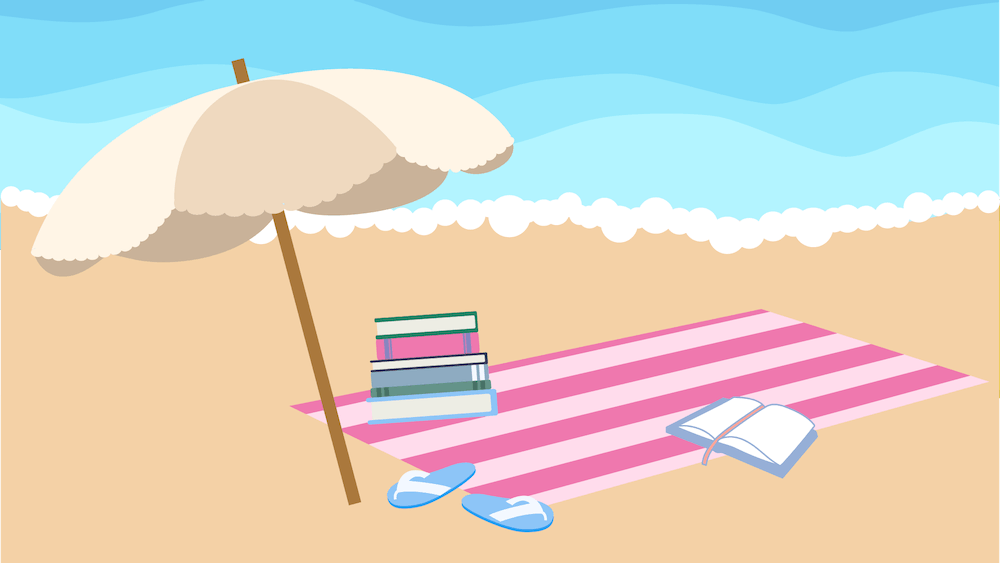 Photo by Caroline Mitchell | Elon News Network
From reading on vacation to a few pages before bed, the summer can be the perfect time to dive into a new book.

From reading on vacation to a few pages before bed, the summer can be the perfect time to dive into a new book. Whether you’re rolling out a towel on the beach or in your backyard, Elon News Network has five books to add to your “to-be-read” pile this summer.

Emily Henry is taking social media by storm, from BookTok to the niche book communities on Instagram, otherwise known as “bookstagram.” Henry’s latest novel promises the romance and comedy of her other titles, “Beach Read” and “People We Meet on Vacation,” but with a literary flair bookworms will love.

The book revolves around Nora Stephens, a literary agent, Nora’s sister Libby, a soon-to-be mom of three, and Charlie Lastra, an editor in the same New York City book community as Nora. Nora and Libby take on Sunshine Falls, North Carolina, and run into Lastra, where misadventure and hilarity ensue. From saving a bookstore to steamy romance, this book does not disappoint.

“The Song of Achilles” by Madeline Miller

For fans of Percy Jackson and Greek legends, “The Song of Achilles” is the adult version of the beloved childhood tales. The book tells the story of Achilles, “the best of all the Greeks,” and his companion Patroclus, an exiled young prince who stumbles into Achilles' life by chance. The pair grow up together, training and creating an inseparable bond.

But when Achilles is called to war along with the heroes of Greece, Patroclus follows, and the two are tested by the Fates in more ways than one. The book has won several awards and is perfect for romance and mythology lovers alike.

“These Violent Delights” by Chloe Gong

The first in a duology, “These Violent Delights” is a retelling of Romeo and Juliet, but not as you have read it before. Set in 1920s Shanghai, warring gangs rule the bustling city. Juliette Cai, the heiress to the Scarlet gang, is a former flapper who is back in Shanghai to assume her role as head of the gang. Rival to the Scarlet gang is the White Flowers, whose hier is Roma Montagov, Juliette’s first love, but more importantly, her first heartbreak.

But when people on both sides of the blood feud begin succumbing to an unknown illness, Roma and Juliette have to put aside their differences to save those they love. With romance, history and a magical twist, fans of fantasy and historical fiction will delight in this page turning debut novel.

For readers looking for a memoir to read while sipping their morning coffee, look no further than Glennon Doyle’s latest book “Untamed.” In the memoir, Doyle chronicles her life from being the stereotypical perfect mother to becoming the woman she is today. Through divorce, raising her children and becoming the New York Times bestselling author, podcast host and non-profit CEO that she is today, Doyle takes readers along for the ride.

The book also has a companion workbook, for those looking to get a little extra out of their summer reading time.

“The Anthropocene Reviewed” by John Green

John Green took the world by storm with his young adult novels. From “The Fault In Our Stars” to “Looking for Alaska,” Green seemed to master what middle and high school readers were looking for. In his latest book, Green compiles personal essays, many of which were written during the first portion of the pandemic, on a myriad of topics. From Halley’s Comet to the QWERTY keyboard, Green really does review the anthropocene.

The book is Green’s first ever work of nonfiction and was nominated for the Andrew Carnegie Medal for Nonfiction.

To find these and other titles for your list, check out the Carol Grotnes Belk Library on campus, the May Memorial Library and Persnickety Books in downtown Burlington, Fifth Street Books in Mebane and the Graham Public Library just outside of downtown Graham.