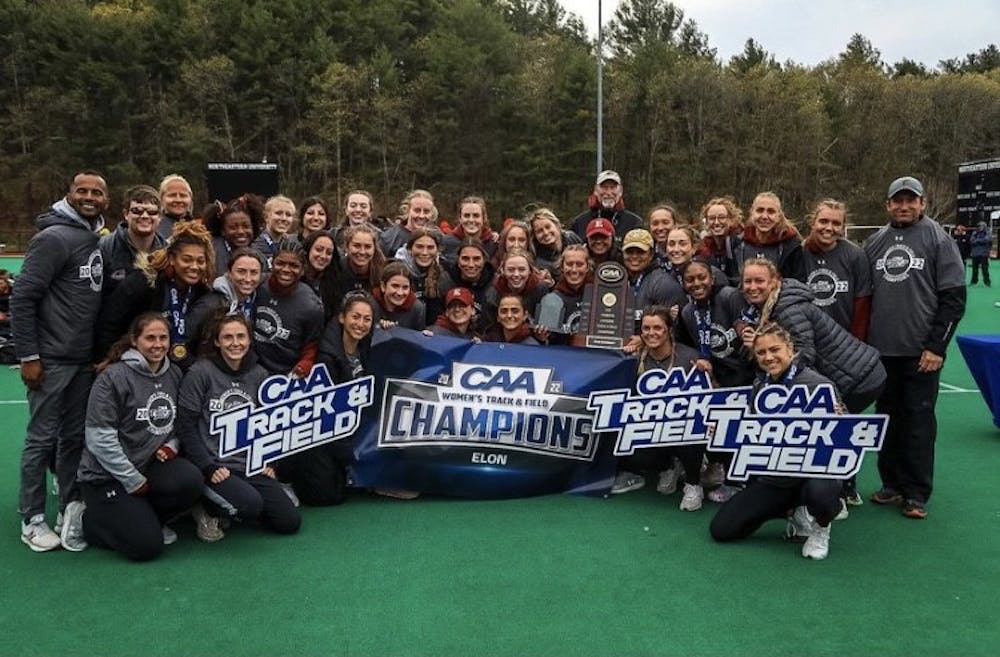 DEDHAM, Mass. – With a score of 195 in the team competition, the Elon University track and field team won its second consecutive team title at the Colonial Athletic Association Women’s Track & Field Championships.

Elon began the day in first place and built on its lead after winning five events Saturday. The University of Delaware finished second with 154 points and Towson University came in third with 148 points.

Graduate student Alyssa Sandy added 10 more points for Elon with a title in the 100-meter hurdles event, winning with a time of 13:83. Senior Jordan Haywood scored four points in this event for the Phoenix with a fifth place finish.

With a time of 2:11, senior Stephanie Lair won the 800-meter race to score 10 more points for Elon. Twomey finished in third to add six points to the team’s total.

Elon also won a title in the 4x400-meter relay, as the team of junior Aliya Barrows, redshirt junior Tessa DiPierdomenico, sophomore Piper Jons and freshman Meghan Wilcox posted a time of 3:45 to score 10 more points for the team. Elon also finished third in the 4x100-meter relay to score six points.

Junior Hannah Miller finished second in the 3,000-meter steeplechase with a time of 10:44 to score eight points and senior Hannah Preeo scored three points with a sixth place finish.