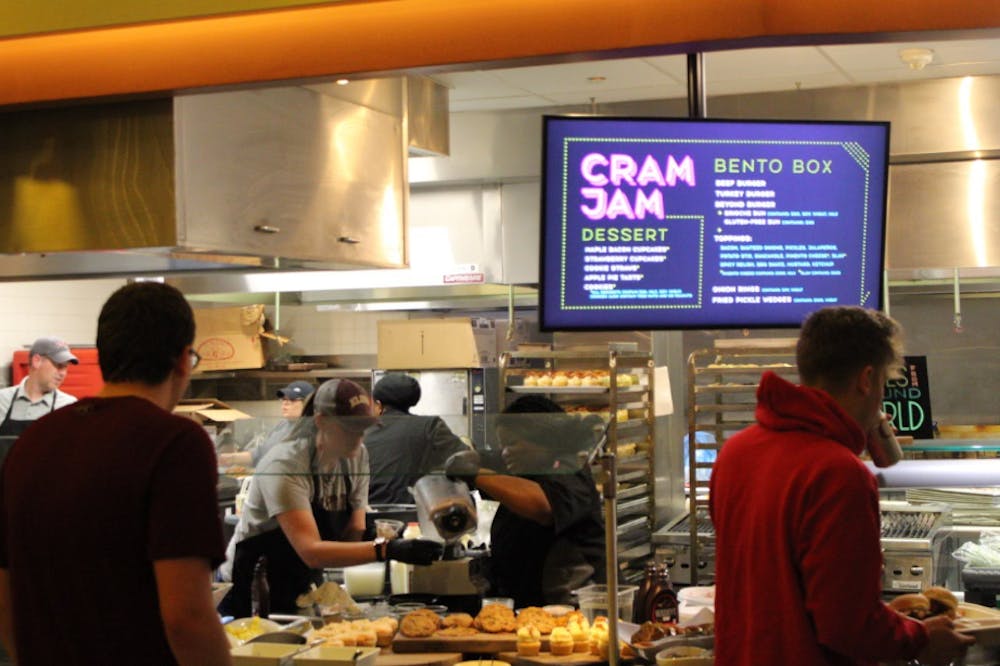 Photo by Tyler Rydson | Elon News Network
There were milkshakes, pictured above, in Lakeside for the Cram Jam event on May 10, 2022.

The Student Union Board and Inter-Residence Council held its bi-annual Cram Jam celebration on May 10, allowing students a break to relax before the beginning of finals week.

From 9 p.m. to midnight, Moseley Center played host to a variety of food, games and performances. The building was decked out in ‘50s Americana decorations, which was the theme of the event. Lakeside Dining Hall featured diner food including burgers, onion rings, milkshakes, ice cream and breakfast food to fit in with the theme. A large screen and projector outside of Moseley in the Young Commons played the movie “Grease.”

Carr, a junior, has helped in the execution of five other Cram Jams in the past, but she was particularly excited for this year, as it was the first time the event could be held without pandemic restrictions since 2019.

“This is the first one without masks since my freshman year, fall,” she said.

Larissa Moelber, the vice president of Late Night, participated in the execution of her first Cram Jam this semester and said several months of planning went into the event. She also helped to decide on what the theme of the event would be. She said the theme is chosen based on what would be really exciting for students.

Cram Jam had a projected headcount of 300 students prior to the event, similar to the previous Cram Jam held in December. The event saw consistent high numbers from its beginning to its end.