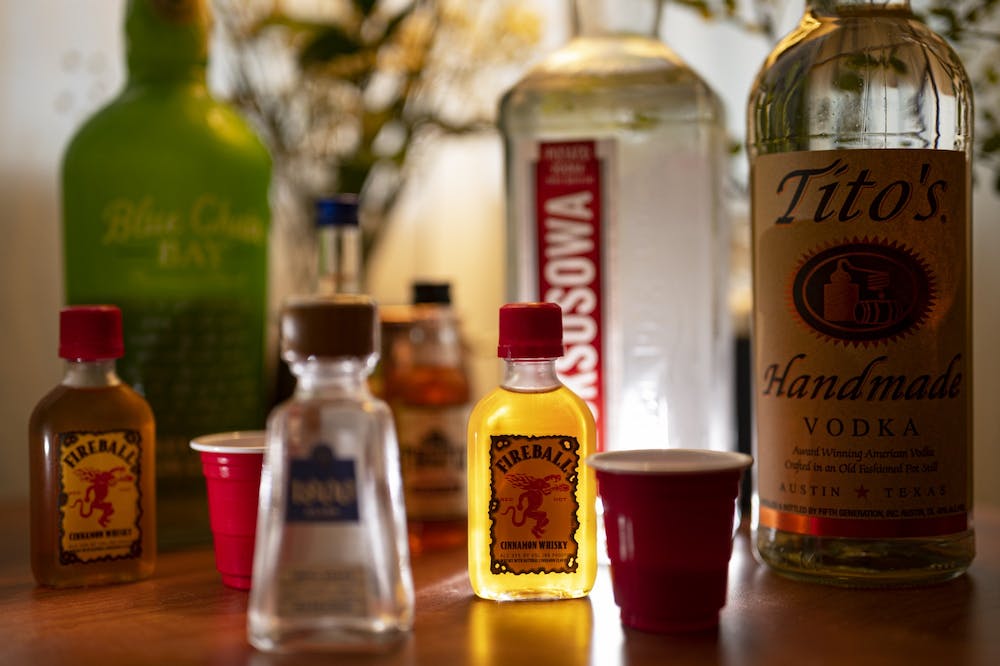 Melissa Enoch spends her days at Trinity Counseling Services in Burlington, a substance abuse service center and education facility. But Enoch is not the one looking for assistance — rather, people are coming to her.

As the founder of Trinity Counseling Services and a licensed DWI assessment provider, Enoch works with people from different backgrounds throughout Alamance County. Though she finds her job helping those recovering from alcohol substance abuse important all the time, this month is especially significant, as April is National Alcohol Awareness month, sponsored by the National Council for Alcoholism and Drug Dependence.

Enoch has been working with alcohol awareness for almost 28 years, but her role is more vital now than ever. The National Institute on Alcohol Abuse published a study in March finding that alcohol was an underlying or contributing cause in 25.5% more deaths nationally in 2020 compared to 2019.

Unfortunately, the national trend can be seen in Alamance County, with deaths related to alcohol increasing 30% in 2020. The same year also saw statewide alcohol-related deaths increase 18%, according to the North Carolina Department of Health and Human Services.

Enoch said although she was initially shocked by the increase in the county, she’s not entirely surprised. She said factors such as liquor sales early in the pandemic, built up tolerance from drinking at home and the cost of substance-abuse treatment likely contributed to the increase both nationally and locally.

“I’m thinking about Alamance County in the last four or five years, and I’m like, ‘Oh my goodness, how did that even happen?’ But I know how it happened,” Enoch said. “There’s so many variables that created this happening in my mind.”

One major cause of death partially attributed to alcohol is fatal car crashes. As a licensed DWI assessment provider, Enoch said most of the people she sees are referred to her after being convicted for driving while intoxicated. But Enoch said DWIs are more common than people realize, because many people don’t know what the legal blood alcohol content feels like in their system.

In Alamance County, Enoch said the amount of substance abuse rehabilitation centers is limited, which is an issue for those who need help. According to the 2020 census, 12.9% of the population in Alamance County is in poverty and 13.4% of people under 65 don’t have health insurance.

“If you came to see me and you don’t have the insurance to cover it, it’s going to cost, let’s just say, $100 for an assessment,” Enoch said. “If you make $20 an hour, you just took five hours of your work to come to see me.”

In some ways, the pandemic has been a reason for increased alcohol intake, rooted in the first stay-at-home orders in 2020, according to Enoch. She said it is likely that more people were casually drinking than in previous years.

“People are just at home with a lot of free time, a lot of leisure, and you’re really not thinking it’s a big deal just consuming throughout the day,” Enoch said. “Your tolerance is growing, and you don’t even realize it.”

At Elon University, Phoenix Free, a collegiate recovery program, holds meetings every Monday night where students who are in recovery or interested in recovery talk about alcohol awareness and becoming sober as a college student. The meetings are open to all students.