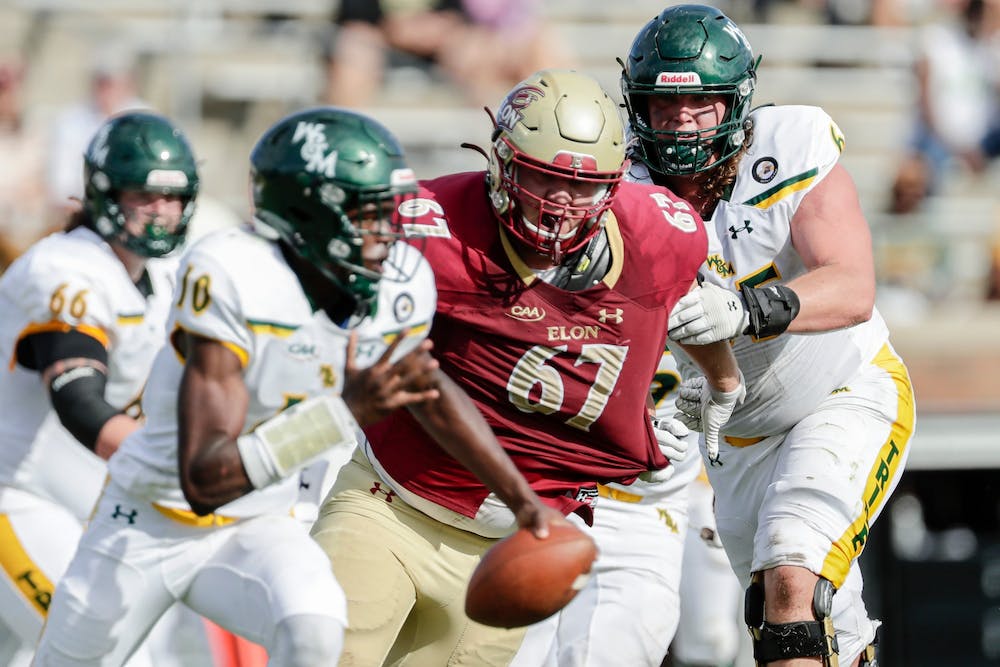 In just a few weeks, former Elon defensive lineman Tristen Cox will move over 4,000 miles away to play football in Sweden. Cox was signed by the Ӧrebro Black Knights of the Swedish Superserien in February.

“I knew that my chances of playing in the NFL were slim to none, so when the opportunity came to go play and spread the game of football overseas, I couldn’t pass it up,” Cox said.

For the past four years, Cox was a staple on Elon’s defensive line, winning the team’s Most Valuable Player award for his performance in the spring 2021 season and served as the team captain for his last two seasons before graduating last fall. Cox is set to move over to Sweden on March 13 and the Swedish Superserian season will begin in April.

The decision to move and play in another country was partly because of an Elon alumnus Sam Eisenstadt — head coach of the Black Knights. Cox said he knew Eisenstadt for a few years, which later developed into opportunities for him.

The Black Knights had a historic season last spring, finishing first in their division with a 2-0-1 record and winning their first Swedish Title, according to JC Abbot of American Football International.

“I’m really excited to be able to get over there and play for the team, go to events to try and spread the game I’ve been playing for so long,” Cox said.

Cox said he is most excited to play football at the professional level, but he’s also looking forward to playing in a new country surrounded by new cultures.

“It’s going to be different,” Cox said. “I’m just mainly excited to go experience something that I never thought I’d get to experience, so I’m just really trying to take in everything that I can and make the most of it.”