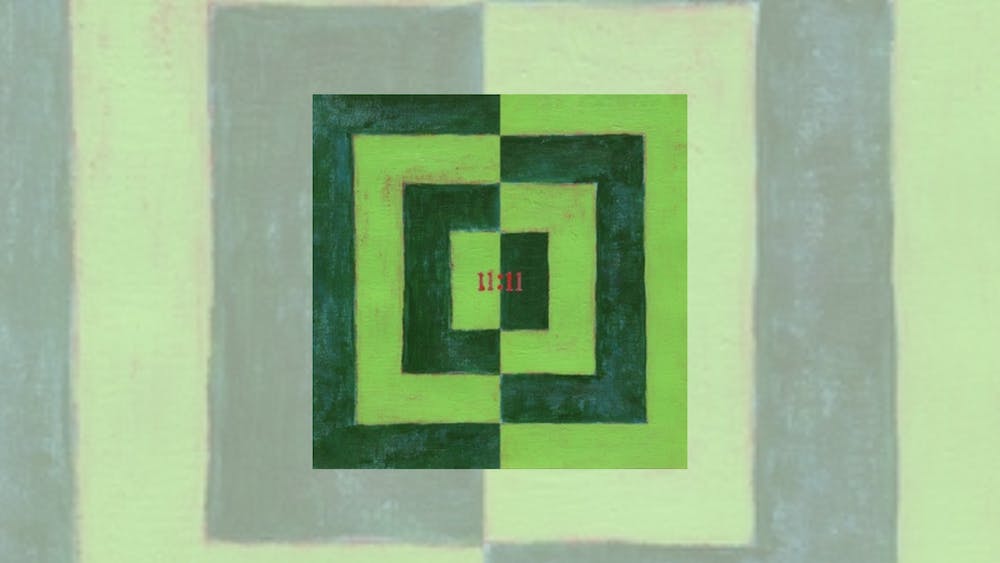 Last weekend, I saw Pinegrove perform at the Orange Peel in Asheville, in promotion of their album “11:11,” which they released in January. The band played a set of 22 songs, among them all 11 tracks from the album.

“These songs are for everyone,” said frontman Evan Stephens Hall during the show. “But especially for those worried about our current climate crisis.”

Thematically, the record is a journey through the mind of Hall as he weathers daily life since the dawn of the pandemic. Environmental and societal concerns, perhaps more noticeable as life returns to “normal,” mark the forefront of the album’s lyrical focus.

Sonically, Pinegrove’s “rocking and rolling” tendencies are more present than they’ve been since “Cardinal” in 2016. The guitars are crunchier and more distorted, but not reluctant to give way to moments of acoustic-laden tenderness and contemplation which the band explored on “Skylight” and “Marigold.”

Coming off of 2021’s “Amperland, NY,” a grand collection of rerecordings and reinterpretations which arguably stands as Pinegrove’s most impressive piece of work, the band hasn’t fallen short with “11:11.”

Engineer and multi-instrumentalist Sam Skinner and mixer Chris Walla have crafted something which taps into the feel of their early/mid 2010s sound, yet is more expansive and intricate. A song like “Cyclone” harkens back to this feeling. Aspects such as banjo picking over a steady 4/4 beat, and a hopeful yet melancholic vocal delivery by Hall seem familiar. Other things about a classic Pinegrove song remain similar as well, including a consistent rhythm guitar strum and a second verse grounded by the beat of tom drums.

Noticeable changes in this album include that of more texturally sophisticated lead guitar tones. Experimentation with distortion is met with a similar regard toward effects like tremolo and vibrato. Additionally, the bass feels more present in the mix than ever before on a Pinegrove album. Bass player Megan Benavente provides counter-melodies and an integral groove to songs like “Iodine.”

This album’s sound sends the band into new territory which I’m hesitant to label anthemic, yet in a way feels totally appropriate. Musically and lyrically, everything comes together in “Respirate” as a triumphant organ and plodding beat of a ride cymbal provide the grounding for a massive wall of sound which meets the words “We're having a hard time now, finding a good way out.” This is the kind of song one can only write and sing in earnest after years of refining their craft, and I think it’s a good summation of the place that Hall’s songwriting has reached with “11:11,” playing on the strengths of the band’s past and taking advantage of new resources, all the while considering what’s important to him.