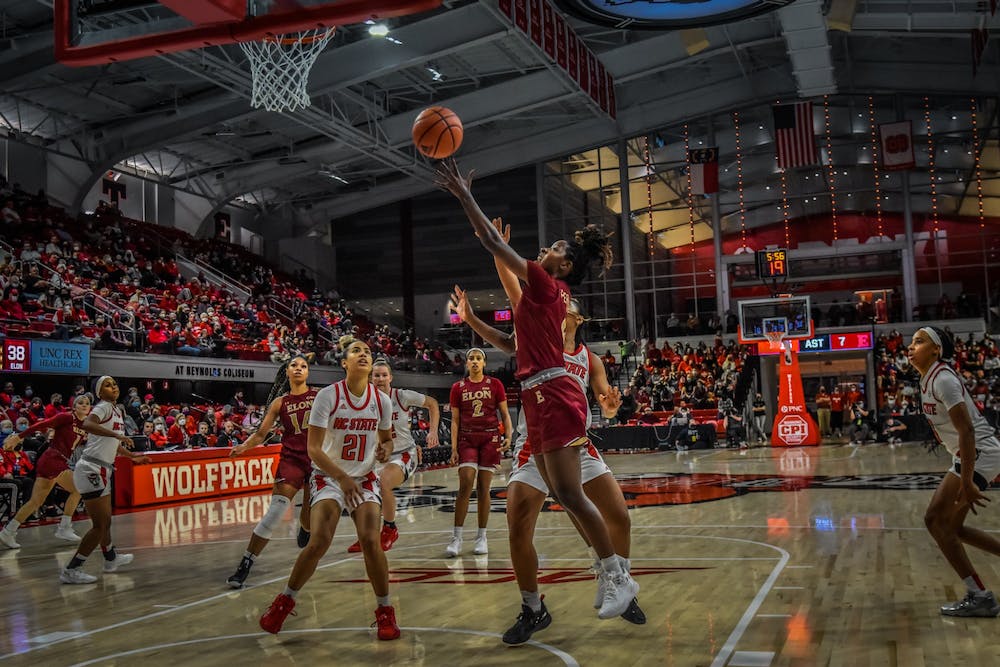 CHARLESTON, S.C. — The Elon University women's basketball team (12-9) pulled off a close overtime win against the College of Charleston Cougars (13-10) on Feb. 13, winning 71-66 after trailing for most of the second half.

The Phoenix came into this game after winning another close matchup against the University of Carolina at Wilmington on Thursday, Feb. 11. The Cougars came into Sunday's game on a two game winning streak.

Elon senior guard Brie Perpignan dominated the court, scoring 29 points on 8-18 from the field and a monstrous 13-15 from the free throw line. Her ability to play off the pick and roll brought her to the net all night.

Elon had a rocky start in the first half, as possession went back and forth between teams, eventually heading to halftime with a 24-20 lead. The Phoenix shot 9-34 from the field in the first two quarters and was a perfect 4-4 from the free throw line.

Perpignan led an Elon comeback in the fourth quarter, hitting a last second free throw to tie the game at 58. The Phoenix then took over in overtime, outscoring Charleston 13-8 in the five minute period to complete the come from behind win.

The Phoenix is now 4-7 in the Colonial Athletic Association. Elon returns home on Feb. 18 to play Hofstra University Pride at the Schar Center. The Phoenix will look to extend its winning streak to three against the Pride, who currently rank ninth place in the conference standings.