SGA’s election process will begin March 1, candidates will have to adhere to specific guidelines listed within the election packet 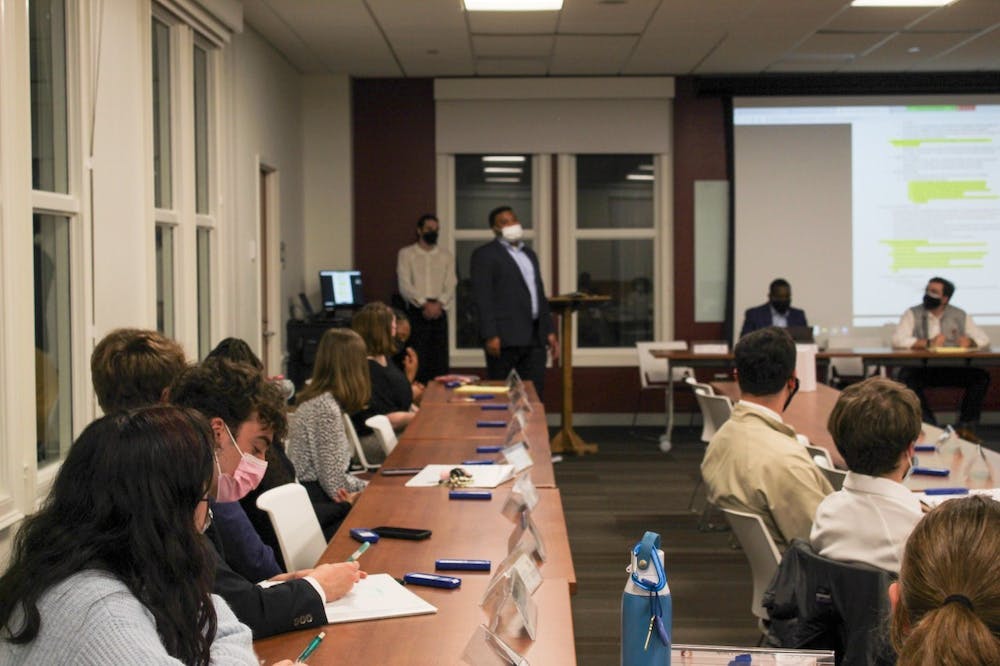 During their Feb. 17 business meeting, the Elon University Student Government Association passed the election packet and judicial manual for the next senate term, allowing the election process to begin March 1.

The judicial manual states that the three associate justices and one chief justice — which will be added next senate term — will have the power to oversee the election process, ethical infractions, and, if necessary and with a ¾ majority vote from the senate, remove an executive officer. This judicial process itself is not something that is finalized, but the passage of this legislation creates the number of justices for the next senate term.

Holmes said that campaigning inside of residence halls was not allowed in recent years due to COVID-19, but it has been reinstated this election cycle allowing candidates to be escorted through residence halls with a resident of that hall present at all times. Candidates are also allowed to spend up to $50 of their own money towards their campaign. Endorsements from other SGA members are permitted, with the exception of the executive board who cannot formally endorse anyone.

Dean of Students Jana Lynn Patterson emphasized the importance of students running for office, especially with the new changes to the senate composition. While there are the same amount of senate positions available, the new composition creates more class senate positions that any student within that class can run for.

“Please look around your residence halls, student organizations, other branch or study groups and if you can, help identify folks that could use a tap on the shoulder to become involved,” Patterson said. “Because the work of this organization will always be important.”

SGA also approved Black Student Union’s request for funding for the Black solidarity conference occurring next Friday. The funding will cover their keynote speaker, giveaways and booklets for the event.