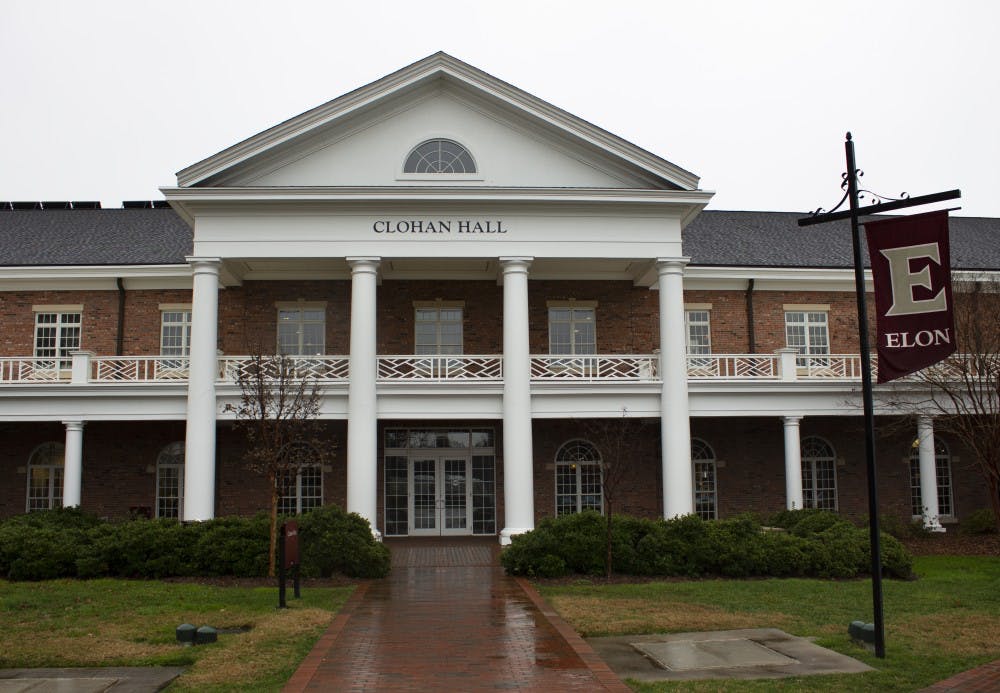 Clohan dining hall began the year fully plant-based, but as of the start of semester, Clohan has now added a second non-plant based option, a deli station. Early into fall semester, Clohan added their burger bar, a station that was previously available last year. Freshman Ashley Josey, pescetarian and frequenter of Clohan dining hall, is hopeful that the deli station will increase options for students who eat meat without decreasing the range or quality of plant-based options.

“I'm fully OK if they keep integrating in different meat,” Josey said. “But where I would take issue with it is if they were slowly dwindling the plant-based options.”

According to past statements from Elon Dining, Clohan went fully plant based at the beginning of the school year to accommodate students' different dietary needs, yet it was unsustainable as this led to other dining halls becoming overcrowded. Elon Dining has previously said that they have frequently changed their menu items based on what students are asking for.

Josey said that Clohan is her favorite dining hall, as it allows her to have more than one option that meets her dietary needs. She also appreciates  the focus on health that Clohan promotes. Josey also said that she felt the addition of the burger bar earlier this year was a good idea, as it increased traffic at Clohan but did not take over its plant-based focus.

Sophomore CJ Kovalsky said that the deli station is an aspect that he had been missing at Clohan. As a business fellow, Kovalsky said the location of Clohan is convenient for him because of its proximity to the Koury Business Center. The location, along with a range of options, is what made Clohan a frequented dining hall for him last year. Due to Clohan changing its focus to plant-based food, Kovalsky said this caused him to go less.

“I also felt bad for other people because Clohan is located right next to Colonnades neighborhood and is the closest dining hall to Danieley,” Kovalsky said.

While Kovalsky himself does not have dietary restrictions, and does not classify himself as a picky eater, he said he does understand that it must be difficult to navigate dining halls with these problems.

“I can see the benefit or the idea behind having it all located in one location, because it would suck to be vegan and have not that much diversity at the dining hall,” Kovalsky said. “Having to walk between all three of them or just choose and settle for whatever one had,” Kovalsky said.

While it was disappointing at other dining halls to possibly only have one option, Josey said there were occasional issues of contamination that occurred at the beginning of the year, making it difficult to not have a solely plant-based dedicated dining hall.

“There was one or two times where I had gotten a salad and asked for an ingredient and there ended up being chicken in my salad,” Josey said. “For students, especially those who have allergies or who maybe have a religious obligation with that, I think that it's important to have a high standard against cross-contamination.”