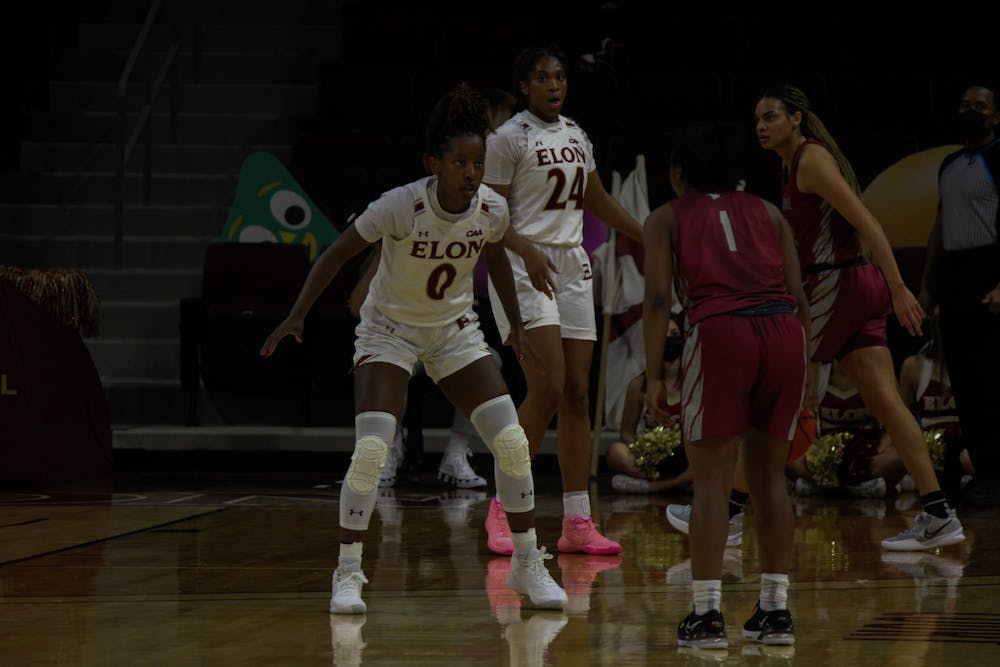 Harrisonburg, VA — Elon University's women’s basketball team dropped a thriller to the James Madison University Dukes on Jan. 9, losing 59-57. The game was very close throughout, but the Phoenix were unable to tie the game in the final seconds to force overtime.

Early, Elon looked to senior center Evonna McGill to carry the load offensively. She went on a personal 6-0 run to start the game for the Phoenix. Following that, Elon’s offense slowed and the Dukes capitalized. By the end of the first quarter, James Madison led 17-13.

Right out of the halftime break, Elon quickly cut James Madison’s lead to two. Halfway through the third quarter, while going for an offensive rebound, McGill suffered a back injury that forced her to leave the game. Without McGill, the Phoenix took their first lead since the beginning of the first quarter. Going into the fourth, Elon trailed by just one, 40-39.

The fourth quarter was a battle, as the teams traded baskets. With 10 seconds remaining, Elon trailed by three. With a chance to tie the game and send it to overtime, senior guard Brie Perpignan was fouled on a three-point attempt. After hitting the first, Perpignan missed the second and sealed the loss for the Phoenix.

McGill had an outstanding performance, finishing with 19 points in just 22 minutes of action. Perpignan also had a spectacular 16 points, four rebounds and three assists.

The Phoenix look forward to Friday where they face the College of Charleston at the Schar Center. They aim to capture their first Colonial Athletic Association win of the season after starting out conference play with an 0-2 record.