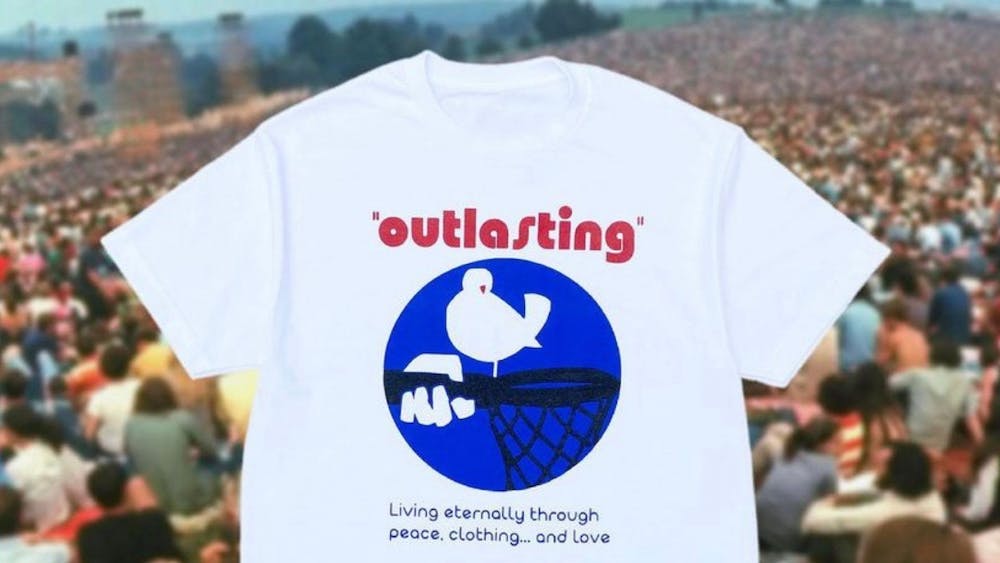 To outlast is to live to last longer then — this is exactly what sophomore David Lenenberg keeps in mind as he creates clothes.

What started as a passion project quickly turned into a clothing brand business for Lenenberg. The business, Outlasting, was created to symbolize overcoming and growing from one’s past — this meaning has had an impact on Lenenberg’s life as he shares his story through his merchandise.

“I have dealt with my fair share of struggles due to my mental health. Anxiety and depression has always been difficult for me, but I refuse to let it define me or Outlasting,” Lenenberg said. “Outlasting is a passion project that has saved me and I am hoping it does the same for others.”

From self-designed t-shirts to collaborating with other brands in designing apparel, Lenenberg has developed his business into a brand selling a multitude of merchandise. Outlasting was created in 2018 to inspire other young entrepreneurs through street-style wear. After two years in development, the first clothing launch was in March 2020

“It took me a lot of planning, preparation and research before I could start actually selling clothes,” Lenenberg said. “I really had no idea how much work there was until I began Outlasting.”

Lenenberg said the majority of the work came from finding a manufacturer within his price range and developing the brand’s website.

Growth is a large aspect of the branding for Outlasting and is often incorporated into the designs. Each piece is carefully curated to exhibit a deeper meaning in a street-style manner. The butterfly is a meaningful symbol for Lenenberg, and it has appeared in some designs because it resembles growth and transformation.

The social media presence of Outlasting has grown tremendously in the last year. The Instagram has collected over 3,500 followers consisting of Elon students, street-clothing enthusiasts and other street-style brands. In September of 2020, Outlasting released a UV-activated shirt and hoodie, which resulted in one of the brand’s most successful drops bringing in over $5,000 in revenue. Lenenberg credits the response to a video he posted on TikTok to promote the drop, which collected over 15k views.

“TikTok has been a really great platform to promote Outlasting,” Lenenberg said. “Showing my face in the videos makes everything a little more personal and gives me an opportunity to connect with other small brands and people interested in starting their own brands.”

During his time at Elon, Lenenberg had the opportunity to promote his brand to his friends, colleagues and classmates. Sophomore Claudia Held said she is an avid supporter of Outlasting and is a friend of his.

“I first ordered from Outlasting last fall. The UV t-shirt is one of my favorites to wear. The shirt is made of quality material and is super soft,” Held said. “David really knows what he is doing.”

Lenenberg has also used his brand to promote other topics such as environmental protection. On Earth Day last year, Outlasting collaborated with 15 small brands to create and sell a shirt promoting environmental protection. Each shirt sold was worth three trees and the proceeds were sent to Team Trees in collaboration with the Arbor Day Foundation, which has planted 22 million trees nationwide.

In July 2021, Outlasting also participated in another collaboration with 16 other small brands to create a shirt promoting awareness for the Cuban crisis. All of the profits made were donated to the Center for Cuban Studies. Both projects have had a positive response from Lenenberg’s audience.

Sophomore Elizabeth Kerfoot is one customer who recognizes the work and message Lenenberg does with Outlasting.

“David’s collaboration with Team Trees and Center for Cuban Studies was really cool,” Kerfoot said. “I didn't expect him to take his brand in that direction. It’s pretty amazing.”

Though it’s been almost two years since Outlasting’s launch, it’s still only the beginning for the business. Lenenberg said he hopes to continue to grow Outlasting into a positive brand that is equally accessible and affordable.

“There are still so many things I want to do with Outlasting,” Lenenberg said. “I have so many ideas and could take it in so many directions. I cannot wait to see where I am 10 years from now.”