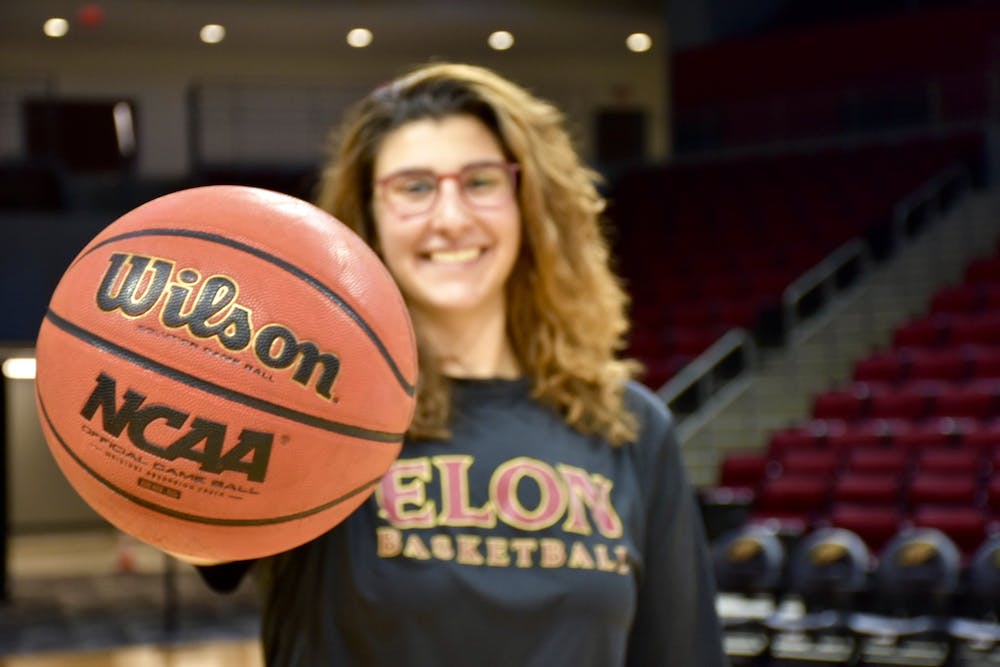 Stepping off the plane in America at 16 years old, Elon senior Duru Tasman wasn’t sure what to expect. Just four years prior, she had picked up a basketball for the first time, and now she was leaving behind everything she’d ever known in Istanbul, Turkey to pursue her academic and athletic careers in Baltimore. Having played on the national team and in the European Youth Olympics, she had a new objective in her career — advancing to the collegiate level.

Coming to Elon is an accomplishment that Tasman holds in high regards, and one that she said made her journey worth it. The bold decision to study in another country, away from her family and home, was not an easy one — but one she said she stands by nonetheless.

“At first, my parents were a little bit reluctant, but they realized that I was very serious, and they supported me,” Tasman said. “​​The moment they were going to leave, my father and mother looked straight at me and said, ‘Whatever you need, if you feel unhappy at all, you will always have that return ticket in your pocket.’”

For years, Tasman tried her hand at the same sports as her brother, such as tennis, Tasman turned to her father who had played semi professionally in Turkey. When she first picked up a basketball at the age of 12, she fell in love immediately.

Despite her late start, she advanced rather quickly with the support of her family. According to Tasman, their bond was strengthened by their mutual infatuation of the game. And now, it only continues to grow despite the 8 hour time difference between them. The father takes great pride in his daughter’s achievements, and is still invested in following her career.

“He will wake up at 3 a.m. to watch a game,” Tasman said. “And then he’ll text me after to say ‘good job,’ and it's moments like that just that fuel my passion.”

Tasman said furthering her basketball career in college was always her goal, and she was determined to fulfill her aspirations. In order to achieve this, Tasman  increased the duration of her practices, showed up at the gym for additional drills and coaching and stayed well after practice had ended.

But even after reaping the benefits of her diligence, Tasman soon realized the difference between playing in high school versus playing in college. Committed to improving her overall performance, she focused on building her strength through conditioning — an area that she said needed the most refinement. After speaking with head coach Charlotte Smith, she made the necessary adjustments to her lifestyle, and was more conscious about her nutrition and fitness habits.

“I started to be more careful about what I put in my body and would stay even just 15 minutes after practice,” Tasman said. “It’s just little things like that that helped me a lot with getting my conditioning right and transitioning to college basketball.”

Tasman also said she felt an unparalleled sense of belonging at Elon the moment she stepped foot on campus; however,  it was after her first meeting with Smith that she came to the conclusion that Elon was the right choice for her. During her visit, Tasman said that Smith had made a noticeable effort to understand her and her culture.

“One day, she stopped, looked at me and she said, ‘You know what? You are just like, your name's meaning — you are very pure,’” Tasman said. “That little comment made me feel very valued.”

The interaction increased the player’s fondness toward Elon, creating an atmosphere she said is reminiscent of her home in Istanbul. According to Tasman, Turkish culture is largely family oriented, a trait deeply embedded in Tasman’s character as an individual and player. Since then, she’s considered herself a Phoenix, finding a second family in the community.

“We have been clicking well together,” Tasman said. “With this team and the vibes we’re having, I genuinely believe that we can win the championship.”