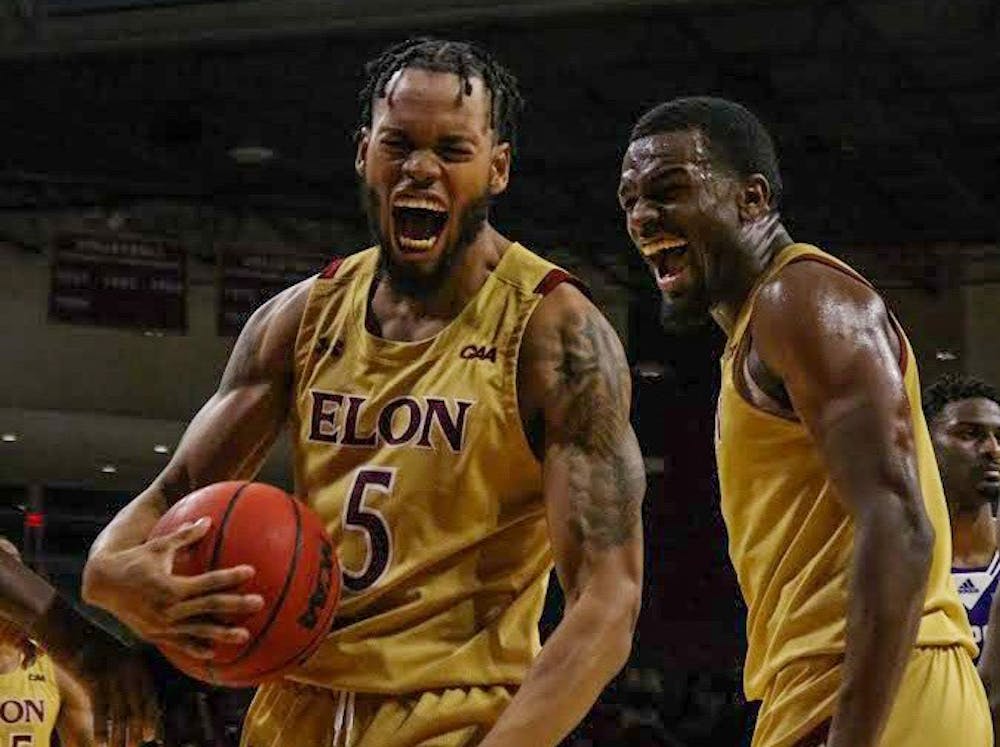 The Elon University men’s basketball team fell to the High Point University Panthers 83-77 for its sixth consecutive loss this season in an aggressive and physical game against the in-state rival.


“We just got to go out and get better,” Head Coach Mike Schrage said. “Guys are starting to learn and collectively as a group that we've got to put 40 minutes together and that starts every single day in our preparation.”


Fouls defined the opening minutes for Elon, as 15 of the team’s 32 points in the first half came from the free throw line. The first basket for the Phoenix did not come until there was 9:07 left in the half on a three from junior guard Hunter McIntosh.


It was a battle between guards to end the half, as both teams started to find their rhythm on offense. Junior guard John-Michael Wright and McIntosh both led their respective teams in scoring through the first half with 14 and 13 points.


The home crowd also welcomed senior forward and captain Chuck Hannah back to the lineup after missing the team’s first eight games. He brought leadership and posted a team high of seven rebounds in his season debut.


“We love Chuck, he brings a spirit to our team that honestly we need,” said senior forward Torrence Watson. “We appreciate him, glad he’s healthy, glad he’s back.”


After a physical first half of play, the Phoenix closed on a 6-0 run and entered the locker room down eight points, 40-32.


Three-pointers from Watson and junior guard Zac Ervin highlighted a back and forth start to the second half. The spectators at Schar Center continued to be relentless in both their praise of the Phoenix and criticism of the Panthers.


As the game entered the closing minutes, the Phoenix fought to take control and gain its first lead but ultimately fell short despite a scoreless final three minutes from the Panthers.


Elon’s reserves had a big day, scoring 47 points, anchored by Watson, who led the team with 34 points, shooting 5-7 from behind the three-point arc. McIntosh followed with 16 points and led the team with five assists.


“Today we took a step,”  Watson said. “It's tough to lose but at the end of the day, I feel like we are taking steps in the right direction."


Looking to snap its losing streak, the Phoenix (2-7) will return to action on Saturday, Dec. 11, to face off against the UNC Chapel Hill Tar Heels. The game is scheduled to begin at 8:00 p.m on the ACC Network.