At the Board of Aldermen meeting on Nov.9, Elon citizen shared concern following change in billing process, board approved the Americans with Disabilities Act Transition plan 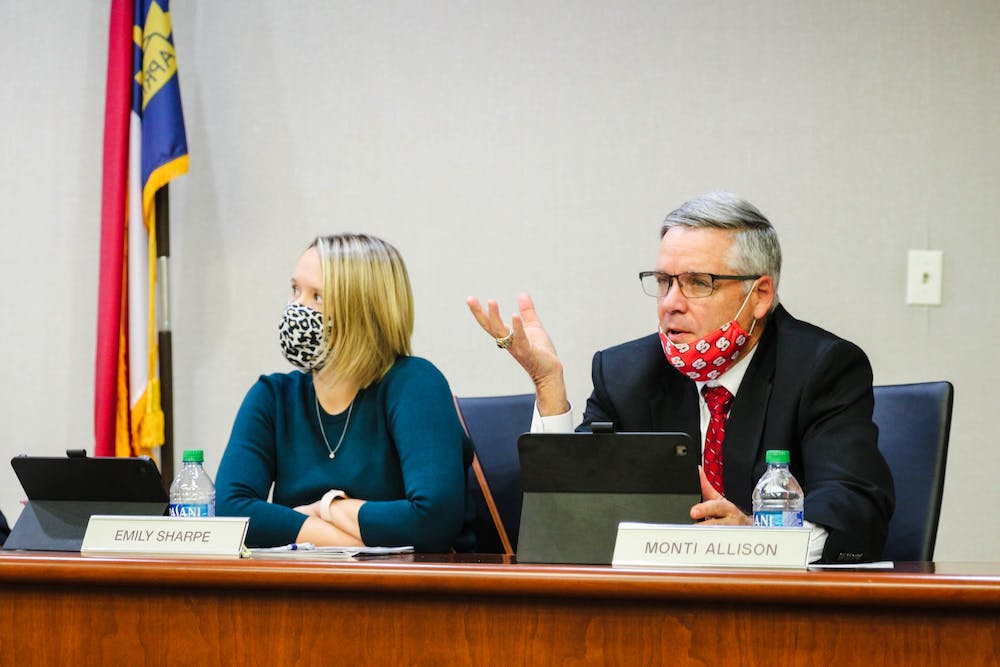 
Mayor-elect Emily Sharpe and Aldermen Monti Allison said during a town of Elon Board of Aldermen meeting on Nov. 9 that they hear residents' concerns over the billing process of water and sewage services within the town.

The Board of Aldermen met for a regular meeting on Nov. 9 to discuss issues of water and sewage bills, as well as projects to help improve accessibility in the town of Elon.

In the meeting, James Chanas, town of Elon resident for over 40 years, expressed concern that his sewage bill was marked late. As a result, Chanas said he was fined despite mailing in his bill 10 days before Sep. 31 — when it was due. Town Manager Rich Roedner said that the billing process had changed as of October, making bills due every month instead of bi-monthly.

Alderman Quinn Ray agreed that the transition has had issues, as residents have been unable to mail their bills on time due to postal service delays. This will be something the board will reevaluate if the same issues persist.

“We are trying something new. We want to do that water bill monthly to help alleviate some financial burdens for the residents,” Ray said.

Roedner said for the past month the late fee was waived for all citizens, as many had no way of paying the bill on time since mail took upwards of 10 days to be processed by the postal service. Multiple aldermen have also experienced the mail delays and assured Chanas this issue was not limited to him.

Aldermen Mark Greene said that there are alternate ways for Elon citizens to pay their water and sewage bills, such as online or in-person. While he recognized this is an issue of concern for residents, he emphasized that people need to be patient as Elon transitioned to a new billing period.

The Board of Aldermen approved the Americans with Disabilities Act Transition plan — a program to help aid accessibility for residents across Elon. This plan is to remain ADA compliant and will begin with looking into curb ramps and the priorities of Elon citizens, as they will be a part of this process. Assistant town manager Pamela DeSoto presented on this program last week. This will now be an ongoing project for the town, as Roedner also discussed projects that would be a part of this process.

“The first project we undertook was fixing the front of the office here. We’re seeking pricing on redoing the front entrance so that it’s handicap accessible,” Roedner said. “This is a multi-year project and my goal is to have money in the budget each year to work on a certain number of projects.”

The process of making the town more accessible also extends to its communication with things such as the website, according to Roedner. This means making sure that the website doesn’t include light color text on a background with a low color contrast and that there are no photos without clear captions. This will be done to help residents who are vision impaired be able to fully navigate the website.

“We need to work on how we are set up to communicate with the public,” Roedner said.

According to DeSoto, the next steps of the project are to work with residents to compile a list of deficiencies, in order to understand what changes people want to occur, and to start looking into grants for funding these projects. As part of this program, the town will also be working to make the crosswalks more accessible for those who are vision impaired and safer for all residents. DeSoto will also be working with the North Carolina Department of Transportation — as crosswalks are under their jurisdiction.

The next Board of Aldermen meeting will be held Dec. 6, where the newly elected mayor, Sharpe, and aldermen Stephanie Bourland and Randy Orwig, will be sworn in to begin their terms.