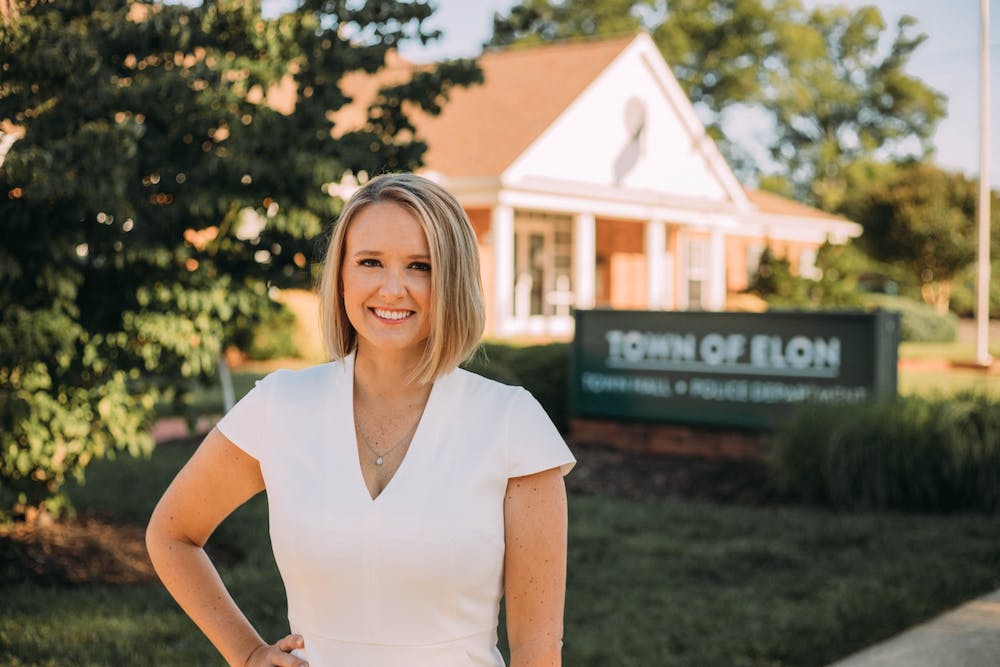 Emily Sharpe was elected to the Elon Board of Aldermen in 2017, becoming the seventh woman to serve on the board in the town’s 125 year history. If elected, Sharpe will be the second female mayor of the town of Elon. Courtesy of Emily Sharpe

As of 9:50 p.m. on Nov. 2, Alderwoman Emily Sharpe became the second woman to ever be elected Mayor of Elon.

According to the North Carolina State Board of Elections, Sharpe won 85.23% of the votes — whereas candidate Michael Woods claimed 14.23%. A total of 0.55% of the votes were write-ins.

“I’m thrilled to be Elon’s next mayor. I feel incredibly honored to have been chosen by our residents,” Sharpe wrote in a statement to ENN. “I look forward to serving our people and working the Town staff to keep Elon the great little Town it is!”

Looking to the future, Sharpe said finishing up her role on the Board of Aldermen will help prepare her before being sworn in as mayor in December.

“I've been in every meeting for the last four years, just so that I'm most prepared to take on that leadership role, come December,” Sharpe said.

After 13 hours of polling, Sharpe said she is happy to be moving forward and beginning her plans for office.

“I think that it's just really going to be about reviewing our current status and seeing if there's ways that we can improve,” Sharpe said. “How can we look at bringing more people to the town meetings, or do we need to go out and talk to people — more than expecting people to attend the meetings and working with the town staff to see how the board can best support them.”