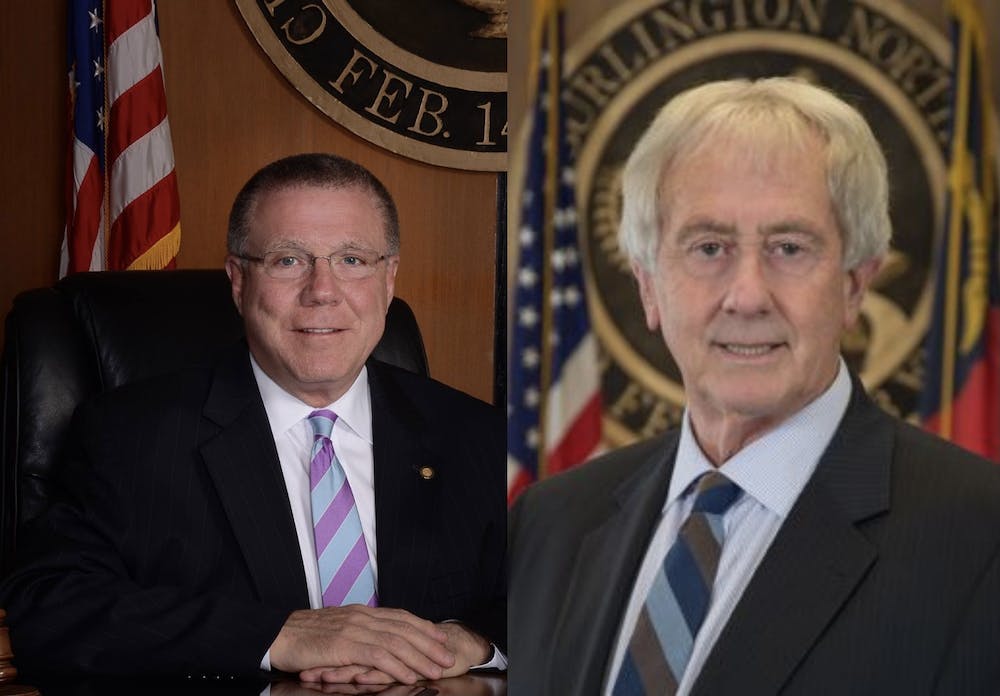 Harold Owen was one of four candidates who were awaiting the results of the Nov. 2 general election. He spent his election day greeting voters at the polls, and also continuing to campaign alongside Jim Butler and Ronnie Wall.

After the polls closed and all precincts were reported, Owen and Wall led the Burlington City Council race with 29.73% and 28.35% of all votes reported, respectively.

Owen said something that surprised him about election day was the amount of people who came out to the polls to vote.

“It’s great because we had a big turnout,” Owen said. “This may be the largest percentage turnout in Burlington municipal elections.”

Owen is being reelected to the Burlington City Council, and said he plans to continue working alongside law enforcement to combat crime in the Burlington area. Owen said he believes crime in Burlington is an ongoing issue and public safety was a large component of Owen’s campaign.

“All these areas that needs bodies and a third thing is we simply need to sit down as the community, come together, and look at what our goals are going to be going forward for the next four years,” Owen said.

Ronnie Wall, who has previously served as mayor of Burlington, was also elected to the Burlington City Council. In a statement on his Facebook page, Wall thanked voters for coming out to the polls and is ready to get to work in his new position.

Wall did not respond to Elon News Network’s multiple requests for comment.

Owen and Wall are expected to be sworn into their positions on Burlington’s City Council in December.