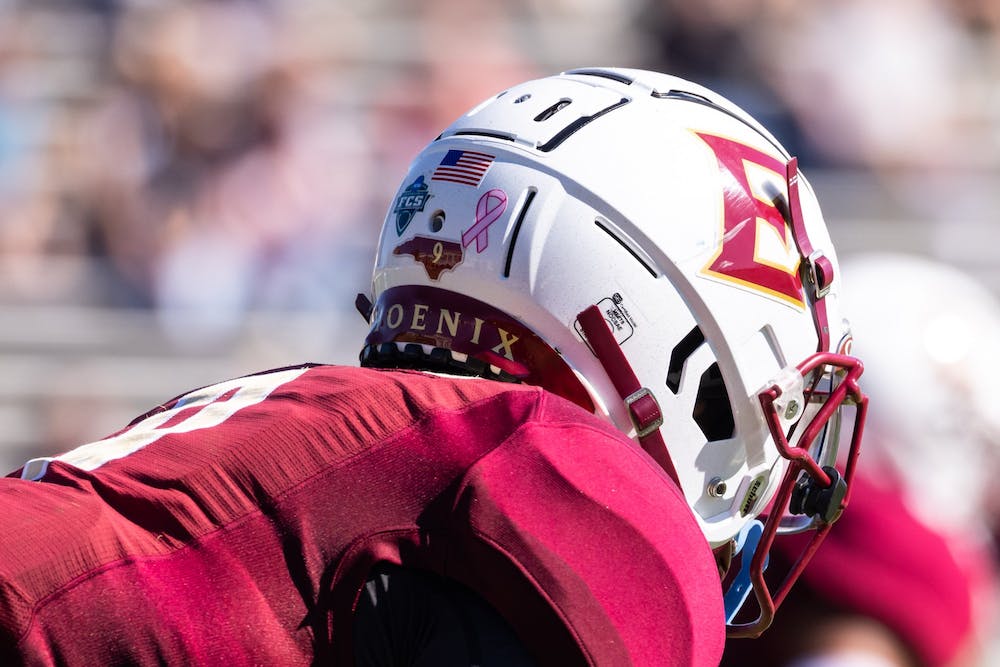 
An Elon University football player during a game against the University of New Hampshire Oct. 10, 2021.

The Phoenix traded scores early with the Dukes, who entered the week ranked fifth in the Football Championship Subdivision top 25 poll. The score was tied 14-14 a few minutes into the second quarter.

However, James Madison pulled away from there and never looked back, as the Phoenix couldn’t keep up with the Dukes’ offensive firepower. Elon gained 287 total yards on offense, compared to JMU’s 457.

The loss evens up Elon’s record at 4-4 on the season and 3-2 in Colonial Athletic Association games.

Senior quarterback Davis Cheek had another strong game, completing 18 of 33 passes for 198 yards and two passing touchdowns. He also added a rushing touchdown.

Seven Elon players caught passes, led by Daughtry, who had seven catches for a total of 112 yards and a touchdown.

Next up for the Phoenix is a game against the Villanova University Wildcats on Saturday Nov. 6. The homecoming game at Rhodes Stadium will kick off at 2 p.m.